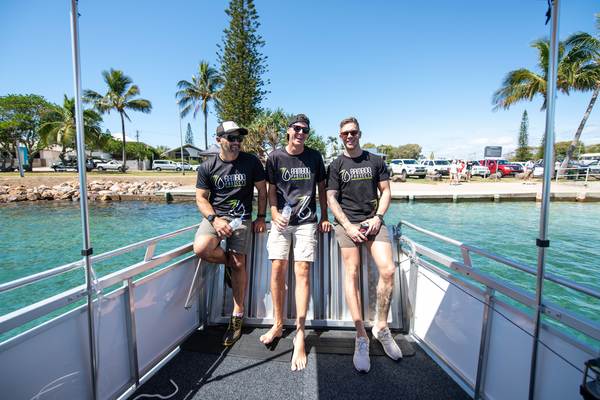 Chris Paterson is the founder of a charity called Bamboo Projects which was established in 2015. Chris is a survivor of mental illness. Since the age of 14, Chris has been through depression, panic attacks and mental breakdowns. He then turned to alcohol to mask the pain of his mental illness and became an alcoholic. Now, at the age of 38, Chris is 12 years sober. He now uses the tools and strategies that he learnt to cope with his mental illness; with others. Being a construction worker, Chris learnt that there was a heavy 'macho' mentality at work where men are hesitant to talk about their feelings. Once Chris started talking about his struggles, a lot of men started to open up to him and talk about their own battles. Bamboo Projects has held over 30 free community events. These events involve kids activities, fishing lessons, and a community BBQ. By providing these activities, it promotes a safe and friendly place for people to get together with others in their community. They can also discuss with the Bamboo Projects team their concerns and be given strategies to move forward. Chris also has a 24 hour suicide support line. He has had multiple phone calls in the middle of the night when people are going through their darkest moments. Chris has helped people come out of these moments to live another day. In August 2019 Chris will be running the entire distance around Australia. This is called the 'Keep Moving Forward' project. The Bamboo Projects team will stop at remote and rural locations along the way to hold community events to target mental health. The idea of keep moving forward is to show that you can always move forward, and even if you are taking small steps - you are still heading in the right direction.