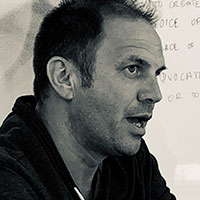 CEO: Glen Poole is responsible for AMHF's work to increase awareness, knowledge and understanding of men's health issues among the health sector, policy makers, the media and the general public. 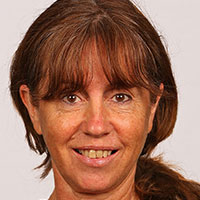 Content Manager: Kim Trengove. Kim has over 40 years experience in journalism and a special interest in boys' and men's health. If you have an idea for an article or would like to make a contribution to this website and our newsletter, please contact her at kim@amhf.org.au 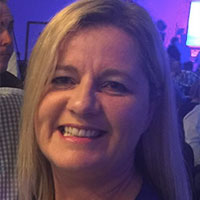 AMHF has six elected and up to three appointed board members.  At each AGM, two board members are elected for a three-year term.  The Board elects the office bearers, with those for 2018-19 listed below. 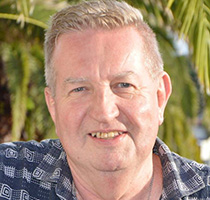 President and Treasurer: Greg Millan, Director, Men’s Health Services, NSW, Member, International Society for Men’s Health, Member, Board of Advisors, Men’s Health Network USA, Member, Board of Advisors, Toronto Men's Health Network, Canada. Greg is one of Australia’s leading experts on men’s health and wellbeing with over 35 years experience in the men’s health promotion area developing, implementing and evaluating many health and wellbeing programs, male health promotion training sessions, community events and male health and wellbeing resources. He is a social work-trained health educator who has worked for over 38 years in Government, non-government organisations and the private sector. He is a leading men's health and wellbeing writer for various publications, and is the author of “Men’s health & wellbeing: an a – z guide”. He is a founding member of the AMHF Board having served on the Board for 18 years, nine of those as Vice President. 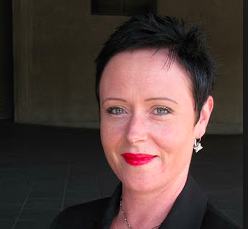 Vice President: Rae Bonney is an Integrated Well being Specialist, helping organisations develop best practice around mental health in their workplace. She combines a formal counselling qualification (La Trobe University) with more than 30 years in the corporate sector to design interventions that help create environments that support mental health, particularly around men’s and boys' issues.  Advocating and working in this space has provided many of the most humbling, meaningful and proud moments of her life - ignited by the devastating fact that every minute of every day, another man in the world dies from suicide.  As well as working with the AMHF, Rae dedicates her spare time to White Owl for Men’s Health, a charity who partners with the Australian Prostate Cancer Research Centre, not to mention hanging out with the guys at her local Monash Men’s Shed. Community is important to Rae and she presents a monthly radio program at 94.1FM 3WBC where she interviews people from all over the world, with a focus on men’s issues, asking the question “What does it feel like, being you today?"  Her approach is egalitarian, recognising opportunities for better support, understanding and positive change that affects everyone.

Dr. Simon Rice is Senior Research Fellow at Orygen, The National Centre of Excellence in Youth Mental Health and The University of Melbourne. He practices as a Clinical Psychologist in the areas of youth depression and suicide prevention, and has expertise with athlete populations – currently serving as a member of the International Olympic Committee Consensus Group in Elite Athlete Mental Health. Simon’s doctoral thesis focussed on the assessment of depression in men, from which the Male Depression Risk Scale (MDRS-22) was developed as a screening tool to better identify distress and suicide risk in men. The MDRS-22 is now being used internationally in research and clinical practice. In 2017, Simon led the development of the Keeping it Real report into young men’s mental health, and co-led the Australian Psychological Society’s Ethical Guidelines for Psychological Practice with Men and Boys. He is a passionate advocate for improving and tailoring service access for men and boys. 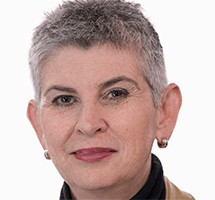 Professor Deborah Turnbull holds the Chair in Psychology at the University of Adelaide and is a member of the Management Committee of the Freemason’s Foundation Centre (FFCMH) for Men’s Health. Together with Dr Phil Tully, she convenes the research pillar, Preventative Health, Lifestyle Modification Programs and Interventions.  She holds a master’s degree in clinical psychology from the  University of Newcastle, NSW and a PhD from the University of Sydney.  She has been researching in the area of men’s health for about 10 years and has published on a range of topics such as men’s participation in colorectal cancer screening and preferences for men’s health services.  Her current projects with researchers from the Freemason’s Centre include work examining the relationship between mental health and lower urinary tract symptoms and the quality of websites about physical activity for men with prostate cancer.  She is currently working on establishing a new research pillar examining masculinity and health. She has been responsible for building links between the School of Psychology and the Centre over several years, which have resulted in numerous honours, masters and PhD students being awarded FFCMH scholarships. 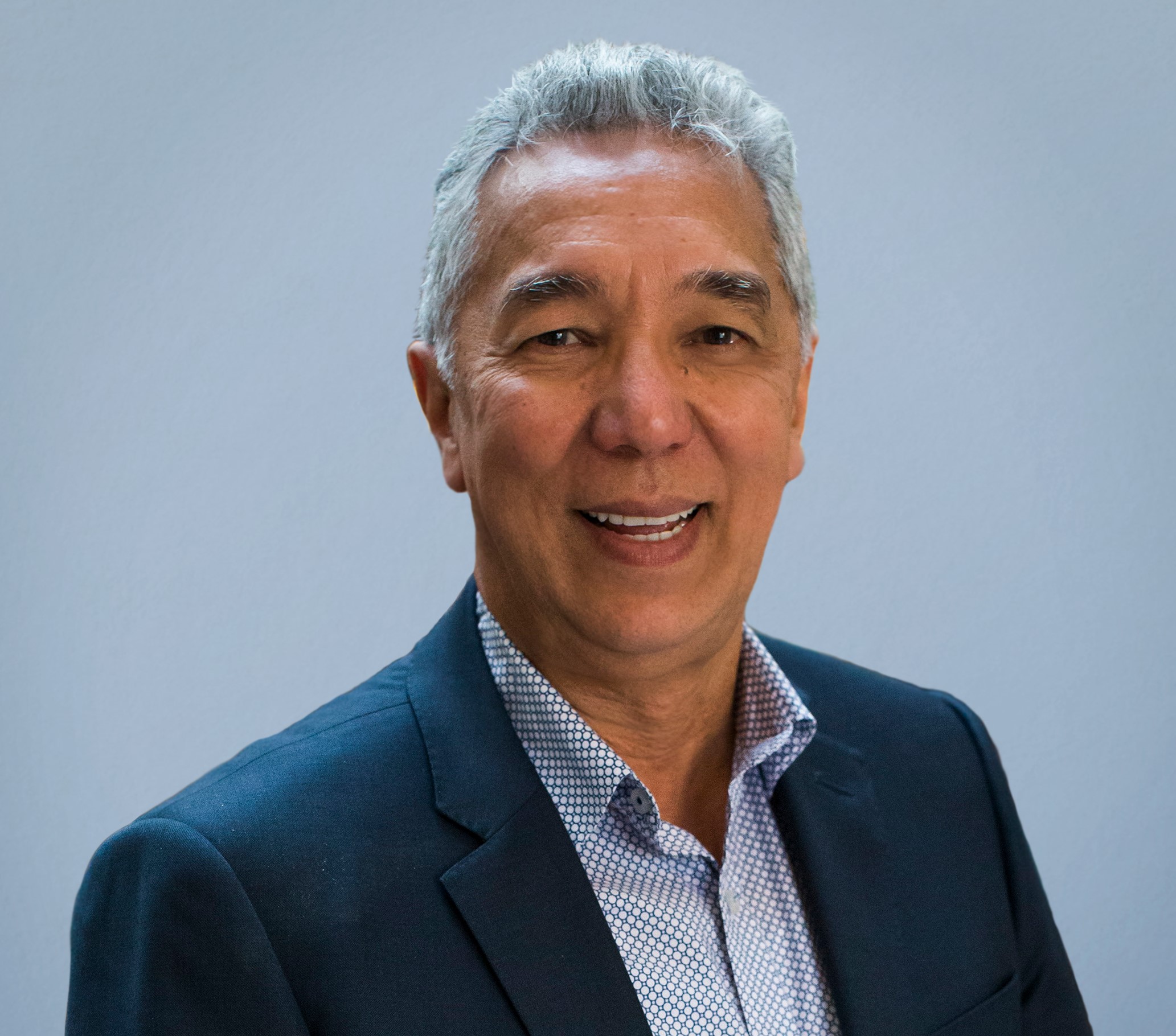 Having worked in Mining and Engineering projects in the North West of Australia Godfrey Baronie has hands-on experience being around men and working with men. He has worked with major mining companies and government services in remote towns. Following his passion he returned to studies and holds Bachelor degrees and a Masters in humanities. He has worked as a counsellor and co-ordinator in many Not-for-Profit organisations in the area of addiction and other mental health issues. He has worked as a coach and counsellor for a major EAP service deliverer. His last role was CEO of 'MATES in Construction' in Western Australia where he is now representing LivingWorks. Godfrey has been a member of numerous boards and is currently on the board of ConnectGroups, the peak body for self-help and peer support groups.

Gary runs his own health recruitment business (executive, medical and nursing) and works as an Advisor to the Australian Government (PM&C). He is a member of the National Support & Community Outreach Committee of the Prostate Cancer Foundation of Australia Strengths: Knowledge of health system, male cancer, patient journey, health policy, gay men’s health. 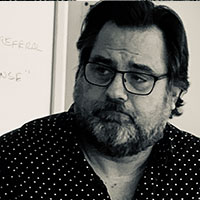 Secretary and Public Officer: Pete Shmigel is an international consultant on strategy and mental health. He has previously been CEO of Lifeline Australia, the crisis support and suicide prevention service; CEO of industry associations; a senior advisor to Premiers and Ministers, and; a corporate affairs executive. He is a person of lived experience with regard to mental illness and suicidality.

Shravan is Project officer at MHIRC implementing National Men's Health Week and Managing the Mengage Website. He holds A Masters in Health Science Management from United Kingdom and has seven years of experience in Non-profit sector across England, India and Australia. He is also pursuing Master of Social Work at Western Sydney University. He has produced research articles on social determinants of male suicide. Strengths: Connected to team at MHIRC which has strong associations with AMHF. Younger male of CALD heritage.