New data released by the Australian Bureau of Statistics this week shows that male suicide continues to rate highly as a leading and preventable cause of death in males.

Men continued to account for 75% of all deaths by suicide.

Alcohol-induced death in 2021 for males was the highest it has been in 10 years.

Together with deaths by suicide, men also rose to the top of the class for other preventable deaths

Prostate cancer (Malignant neoplasm of the prostate) was the 6th-ranked cause of death in men with 3620 cases and a median age of 83.3. In 2012 it was 11th with 3078 cases. Prostate cancer was the second leading cause of cancer deaths in males behind lung cancer (4968).

By comparison, breast cancer ranked 14th for males and 6th for females, with 3159 cases overall and a median age of 73.0. 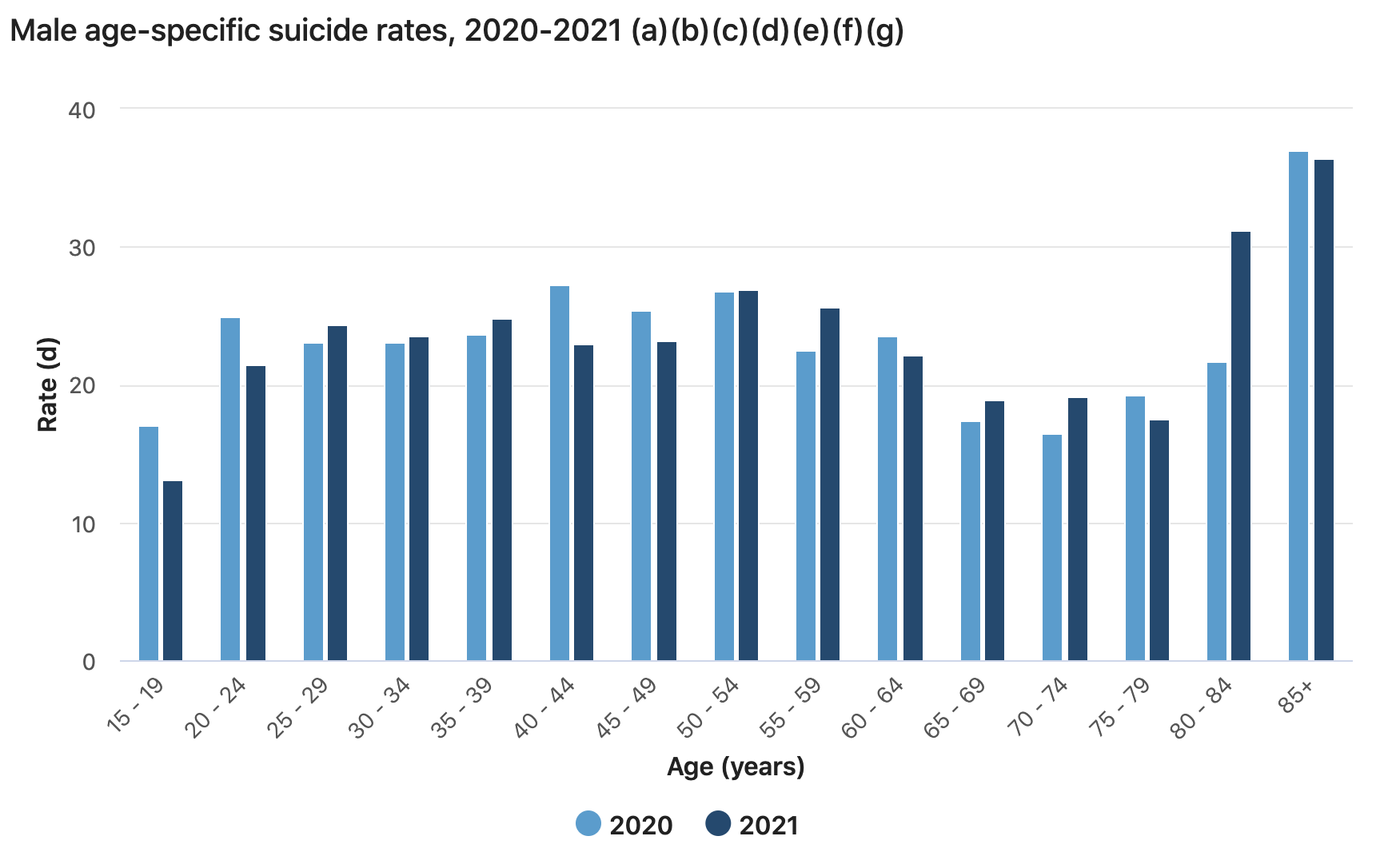 The Standardised Death Rate (SDR) was consistently higher for males compared to females, between 1.2 to 1.3 male deaths for every female.

Suicide of Aboriginal and Torres Strait Islander people by sex

In 2021 there were 134 Aboriginal and Torres Strait Islander males who died by suicide.