Education is one of the key social factors that shape our lives and our health. Lower levels of education can be linked to shorter life expectancy, poorer physical and mental health, lower wages, higher risk of unemployment and greater exposure to crime.

Three in 10 boys (28.2%) are developmentally vulnerable when they start school, compared with 15.7% of girls. By Year 7, half of these boys (14.9%) will still fall below the standards expected of their age group, making them three times more likely than girls to miss both development milestones.

This slow start is reflected in school retention rates with boys being nearly 60% more likely to drop out before the end of Year 12 (19% versus 12%). The gender gap continues in tertiary education with women nearly 40% more likely to attend university.

Broadly speaking, the longer people stay in school, the longer they can expect to live. This is a key reason why boys’ education is a men’s health issue. The education system is also a setting that deals directly with children experiencing health issues, with a significant number of children seeking informal support from school friends, teachers and other school staff. 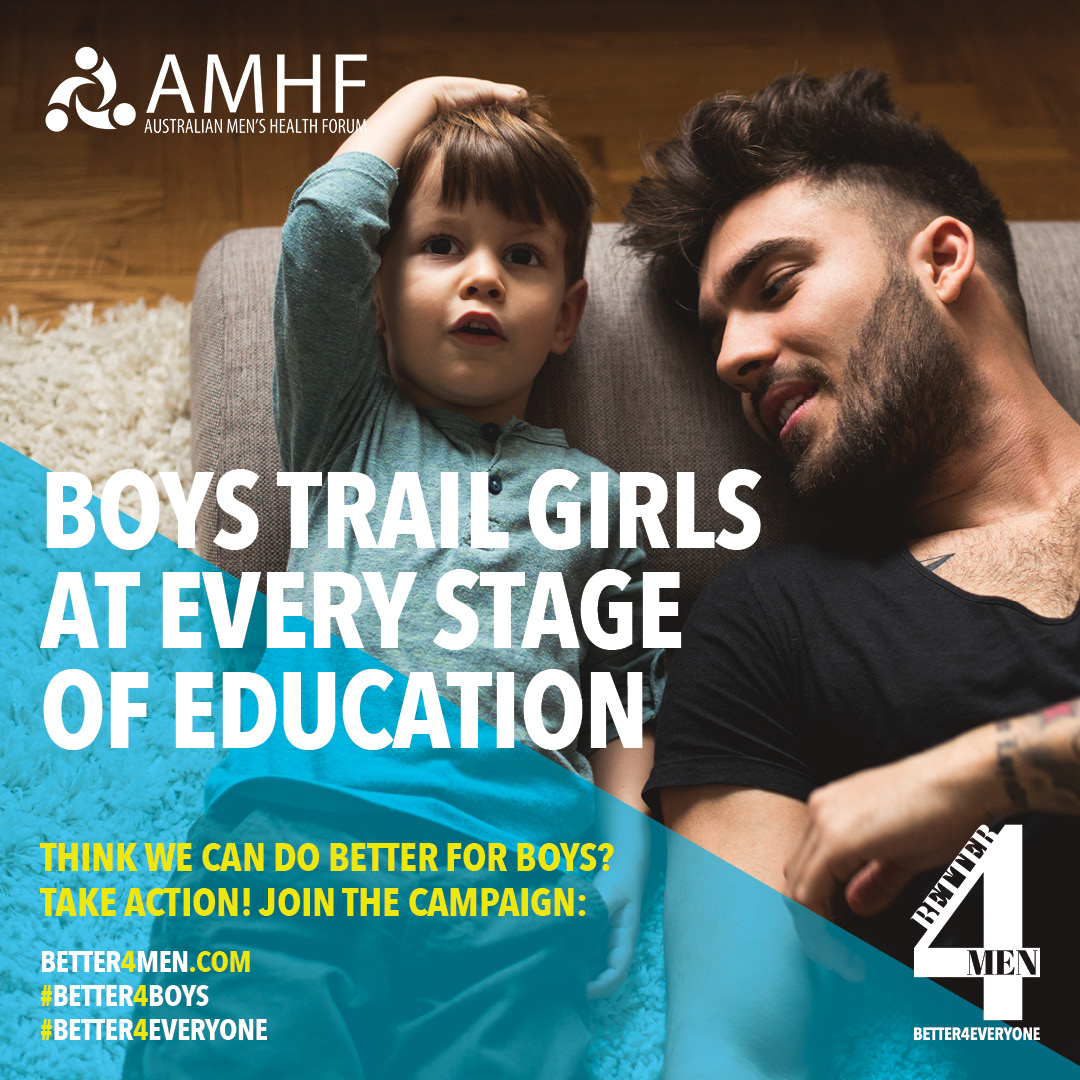 Boys are less likely to receive support from peers or adults at school, despite being 40% more likely to experience mental disorders (16.3% to 11.5%), with the difference mainly due to the higher prevalence of ADHD and conduct disorders in boys.

In recent years, some men’s organisations have developed programs that can help schools to support boys more effectively. These organisations include the Top Blokes Foundation in New South Wales and Menslink in Canberra.

Academics have noted that the disadvantages faced by boys in education have been overlooked by policy makers and that there are no workforce diversity policies to redress the sharp decline in male teachers.