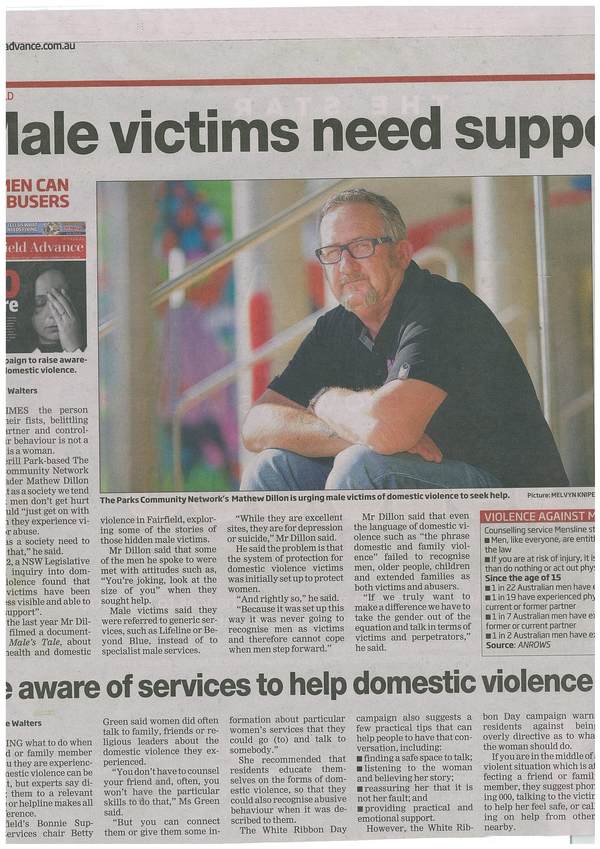 I would like to nominate Mathew Dillon for an award for the following reasons, Without any formal training in men's health ha has worked for the past 8 year trying to improve men's health in the Fairfield LGA. He has run the largest men's health festival in Fairfield in 2010, the Multicultural Men's and Fatherhood festival, facilitated education forums for service providers such as a morning with Dr Stephan Carol. Produced the DVD A Males Tale, facilitated the 2017 Men's health Symposium, Co produced a youth suicide video focusing on young men and women. As well Mathew has been a strong advocate for equitable change in Domestic Violence, and recognition of male victims, over the years Mathew has had local media stories published. Mathew established and ran the South Western Sydney Men's Shed based on a heath model for nine years. he did this with innovative projects such as get to know your gizmo, each member being given a fit-bit and tablet to monitor real time health at the shed. Mathew also wrote a song about DV, working with Prairiewood High music Department the song was put to music on Youtube. He continues to work hard at a local level to bring about change. and is recently about to start filming a new short documentary about male suicide.