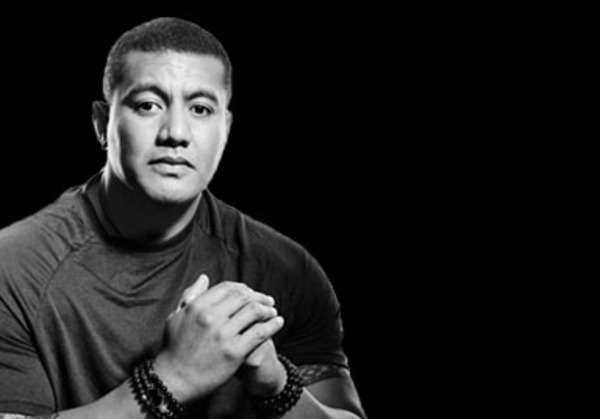 Despite being a 3x World Champion (IKBF, KOz Entertainment, and AFC World Champion)  in one of the most physically and mentally-demanding sports in the modern age – The Ultimate  Fight Championship (UFC), he battled with his own mental health issues brought about by his career and his background of being physically abused throughout his entire childhood.

All of his experiences have led to the realization of his passion to help raise mental health awareness to break the stigma around it. Through Strong Minds, Strong Mines and his own  personal ventures, Soa has devoted most of his time and resources in helping FIFO/DIDO workers,  schools, governments, and people from all walks of life understand and be more comfortable  with talking about internal challenges and struggles that can be related to mental and physical  health problems.

Strong Minds, Strong Mines is an advocacy-driven organisation that combine research  and real-world experiences along with a personal and relatable approach in implementing  wellness programs that address the mental and physical health problems that can affect people  working in remote environments.

Despite being a small organisation with a few employees located in Perth, the group has  helped several mining sites around the country by giving motivational talks and by implementing wellness programs that highlight awareness and understanding within the workplace to promote  prevention and early intervention.

With the ongoing trend of FIFO/DIDO employments and the associated mental health related casualties in the country, the organization has made it their mission to eradicate the  stigma and discrimination against mental health not just in the workplace but also in the everyday  lives of the people in this industry.

Apart from being the main wellness ambassador of Strong Minds, Strong Mines, Soa  Palelei has made it his personal mission to build better communities that thrive in good mental  and physical health through his personal ventures.

Aside from giving talks through the company’s programs, he is also connected to several  WA local schools and government organisations where he often does outreach programs and do  partnerships with. Having been physically abused as a young child, Soa also recognized the  importance of addressing mental health issues as early as possible to promote prevention and  early intervention.

He has delivered mental health presentations bearing his soul and sharing his darkest  moments with people from all walks of life, taking them on a journey through his life’s highs and  lows, and providing them with options and support to realise that they don’t have to go through  these tough experiences alone. After having done over 250 talks in schools around Australia and  several more in the mining industries through the different ventures he has under his belt, Soa  still challenges himself in finding more ways to support and live for his cause.

He has also published a book called, “Face Your Fears” back in 2016 wherein he tackled  his personal redeeming story from being a once-abused and homeless kid to becoming a  champion in the ring and in life. The book has reached a Top 5 status in the Top 10 Sports  Literature category this year. The book also became the main inspiration for his personal project  called, “Face Your Fears” that connects him to several organisations as a keynote motivational  speaker for mental and physical wellbeing.

Soa is also an active supporter of several other causes including, but not limited to,  Telethon where he has participated by completing a grueling 24-hour non-stop bike ride to  support their causes. He has also granted two wishes as a Make A Wish Ambassador. He is also a  proud ambassador of WA White Ribbon and Violence Against Women where he has used every  opportunity possible to help develop people into the best versions of themselves. To this day,  Soa continues to be on the lookout for more ventures and groups he can support to further his  passion in making communities mentally and physically healthy.

In the sea of different organisations and programs that also give focus on mental and  physical health being launched here and there, Soa’s own experiences and passion for his mission  has given him and his different ventures a rare humanistic approach which is difficult to find these  days.

Nominated by Kim Trengove on behalf of Nidia Rodrigues

wa
Please check your e-mail for a link to activate your account.