In recent years, Governments across Australia have taken action to address gender inequalities in economic security. This important work has highlighted some of the key areas where women have lower levels of economic security than men, with a particular focus on workforce participation, gender pay gaps and superannuation.

What’s missing from this approach, is a recognition of the areas where men experience low levels of economic security. For example: 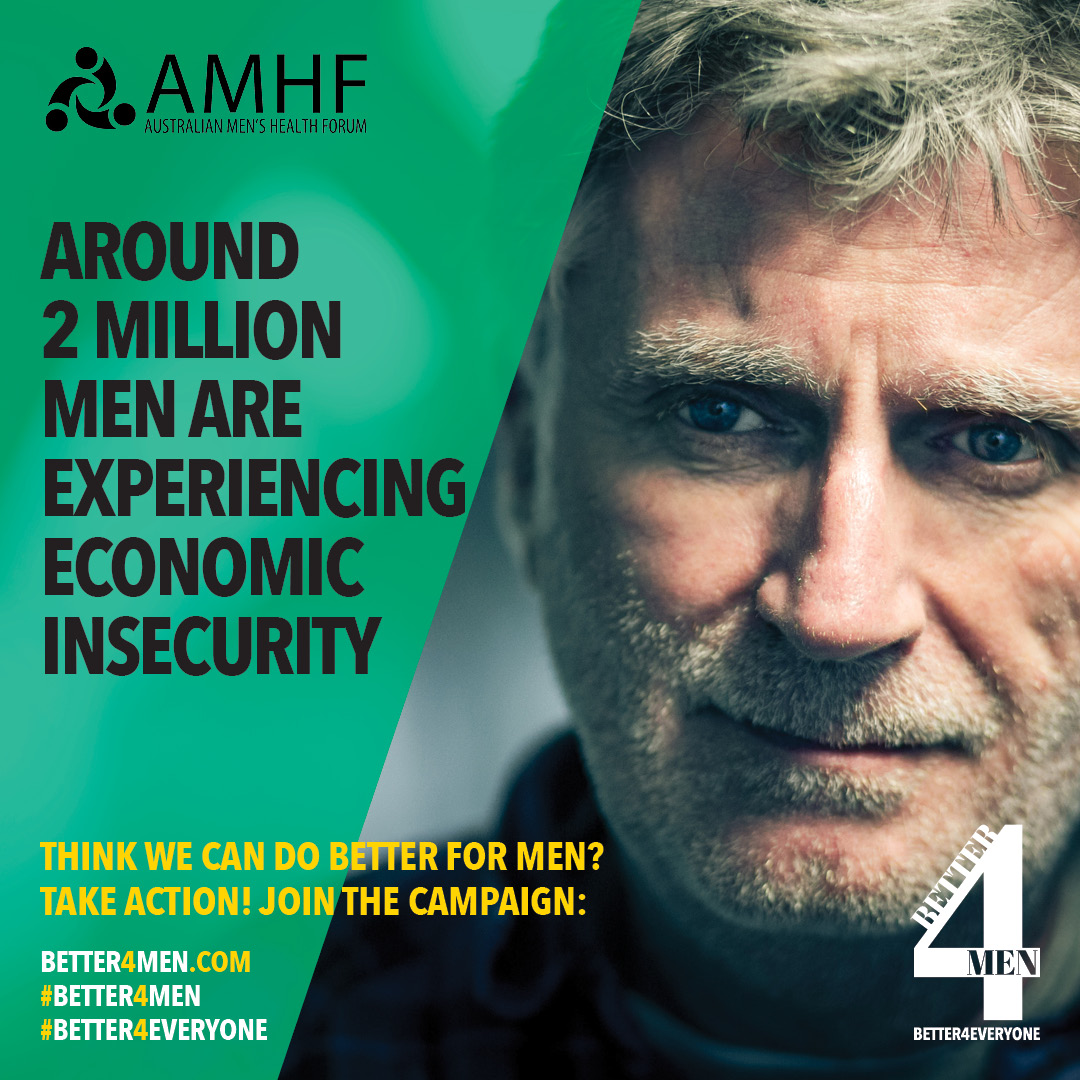 Around two million men experience some form of economic insecurity:

While men’s and women’s roles have changed significantly in recent decades, there remain clear gender differences in the ways men and women take share responsibility for their household’s economic security. Both men and women do a daily average of around 7.5 hours of paid and unpaid work. Roughly speaking, men spend twice as many hours doing paid work and women spend twice as many hours on unpaid work, such as childcare.

The way men and women share responsibility for paid and unpaid work is one of the key contributors to the gender pay gap. Other factors include lack of workplace flexibility; women taking career breaks; men working in higher paid industries and job positions and sex discrimination.

Finally, when we consider gender and workforce participation, it is important to note that the proportion of men not in the labour force has risen from 5% to around 20% since the 1960s. If we want to create better economic security for everyone, we need to do a better job of supporting both men and women in financial difficulty.