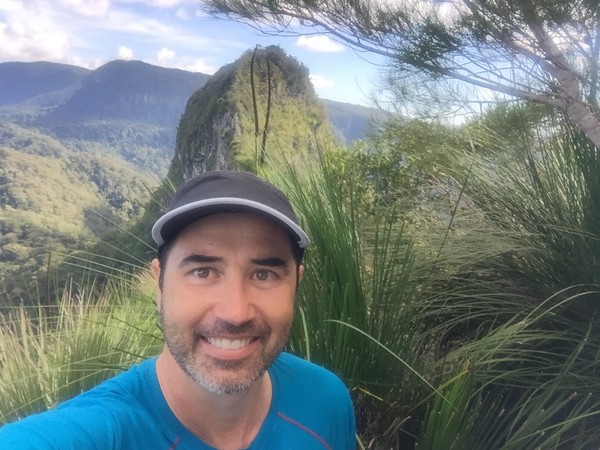 Alexander Robey, based in Brisbane works as a psychotherapist and group facilitator and works extensively with adolescent males and men. It is Alexander’s contribution to men’s work, men and the wider community as a volunteer and of his own volition that is worthy of mention in the AMHF 2019 awards. While Alexander has been volunteering his energy for over 15 years in men’s work, for this year’s nomination he has been involved with many initiatives. Volunteering with Men’s Wellbeing Association, Alexander sat on the Men’s Wellbeing Association Executive committee to steer the direction of the organization and over a twelve month period and invested over a hundred hours into this. In addition, he supported and mentored a group of men run the 2018 Manhood men’s gathering for 100 men, a 12 month commitment which took countless hours. He has mentored 5 of the recent yearly gathering committees. In 2019, Alexander continues a leadership position within the organization as “steward” that develops and directs the 9 week common ground program and the development of the facilitators. Alexander has mentored many men develop themselves through traineeships to be able to co-facilitate and lead the program. This is of enormous value both to the men aspiring, the participants and to the organization’s pool of experienced men. These men are then involved with men’s gatherings and running circles/ groups. This takes many hours of personal time to share his expertise and men’s work experience. In developing the future of men’s work facilitators throughout Australia, Alexander has run development sessions and trainings for men developing their leadership and skills to facilitate circles, men’s programs and be leaders in men’s gatherings. These have been development days and trainings in men’s work techniques, emotionally first aid and skill development, this has been in south east Queensland, Victoria and in March 2019, flew to Tasmania to support and development the facilitators of the Tasman organisation and their annual men’s gathering with a specially designed training program prior to the gathering commencement. Alexander has developed and implemented an initiative that involves an in-depth research into the type of men who attend the Common Ground program and men’s work, capturing data pre and post program data spread over three states over several years. The aim of the research is to add insight and findings nationally to develop knowledge within men’s work. This is no simple task to develop, and takes countless hours to implement with each program and then to run data analysis. For the last 18 months, Alexander has run monthly community mixed open circles for men and women which brings both together to share respectfully. The circles are also designed to introduce men and women to men’s work, and also to share how men experienced in men’s work are able to communicate and interact in a healthy and respectful way. He has also run open men’s circles (and has done for many years as a way of introducing men to men’s work). Alexander in 2015, introduced a yearly honouring for men who have contributed in service to the south east Queensland men’s community. The award asks for nominations from men in the men’s community for men who have been in service. The award is called the Golden Stick Honouring and is in its 5th year. All men nominated are acknowledged, and the key man/men are recognized more formally with a golden stick trophy and a record on a perceptual trophy (paid for and run by Alexander). Alexander writes articles for the quarterly Men’s magazine Mentor and takes men into nature to connect with themselves, each other and nature as day walks and a 9-day wilderness men’s work in the Tasmanian wilderness once a year. As a leader in men’s work, Alexander’s commitment in many areas as a volunteer takes huge commitment, passion and sacrifice. While doing so much, he still takes many calls from men in need and directs them into men’s work initiatives.