The Australian Men’s Health Forum is pleased to announce that nominations are now open for the 2021 National Men’s Health Awards.

The Australian Men’s Health Forum is pleased to announce that nominations are now open for the 2021 National Men’s Health Awards.

First held in 2013, the Awards have become an important moment for the men’s health sector to acknowledge and celebrate the great work being done by individuals and organisations to improve the lives and health of men and boys.

The Awards will be announced during Men’s Health Week from 14 June 2021 for the following categories:

The men’s health sector is growing and evolving and this year we want to celebrate some of the great innovation that’s emerged in the past 18 months. We are seeking nominations for Best New Men’s Health Initiatives from new projects that were founded no later than 1 January 2020, or from established organisations who have launched a new initiative in that timeframe. 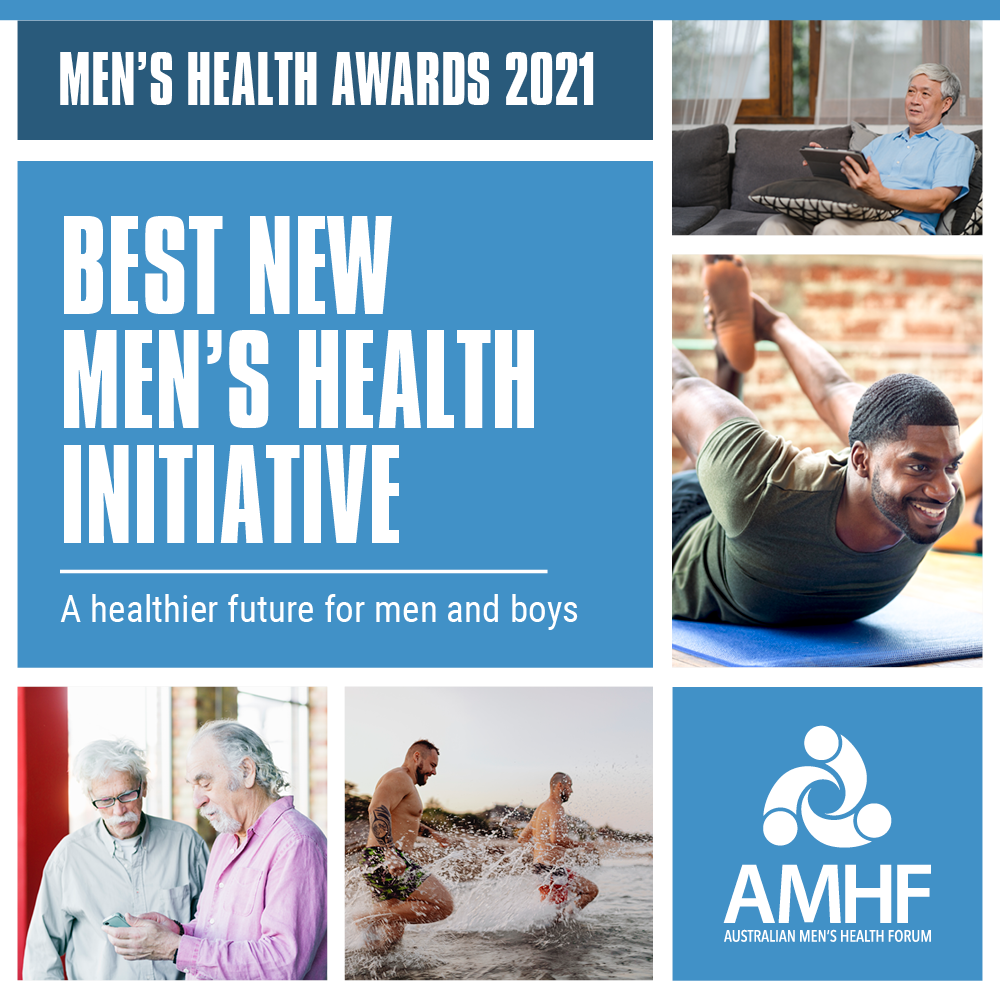 This year we what to celebrate the work of individual practitioners to improve the lives and health of men and boys. These could be GPs, nurses, social workers, psychologists, allied health workers or volunteers. We’re seeking nominations for those unsung heroes whose work is making a difference for men and boys at a local level. 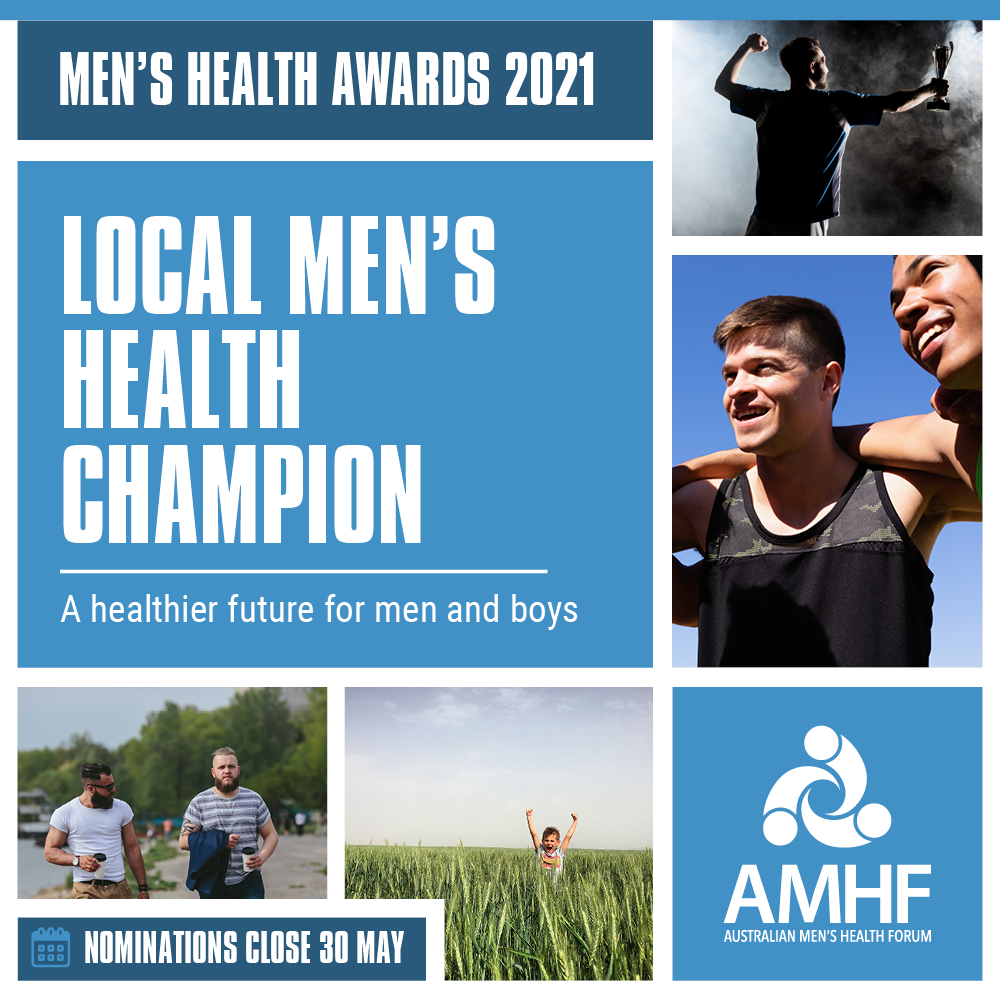 In recent years there has been an explosion of online initiatives targeted at men and boys. We want to celebrate the great work of content creators and community builders, whose work aims to improve men and boys’ lives and heath. We’re talking about podcasters, social media channels on other online initiatives that are building a following, making a difference and even creating opportunities for real world connection.  For the best initiative using media platforms such as podcasts, Facebook groups and Instagram pages to build communities focused on improving men’s lives and health. 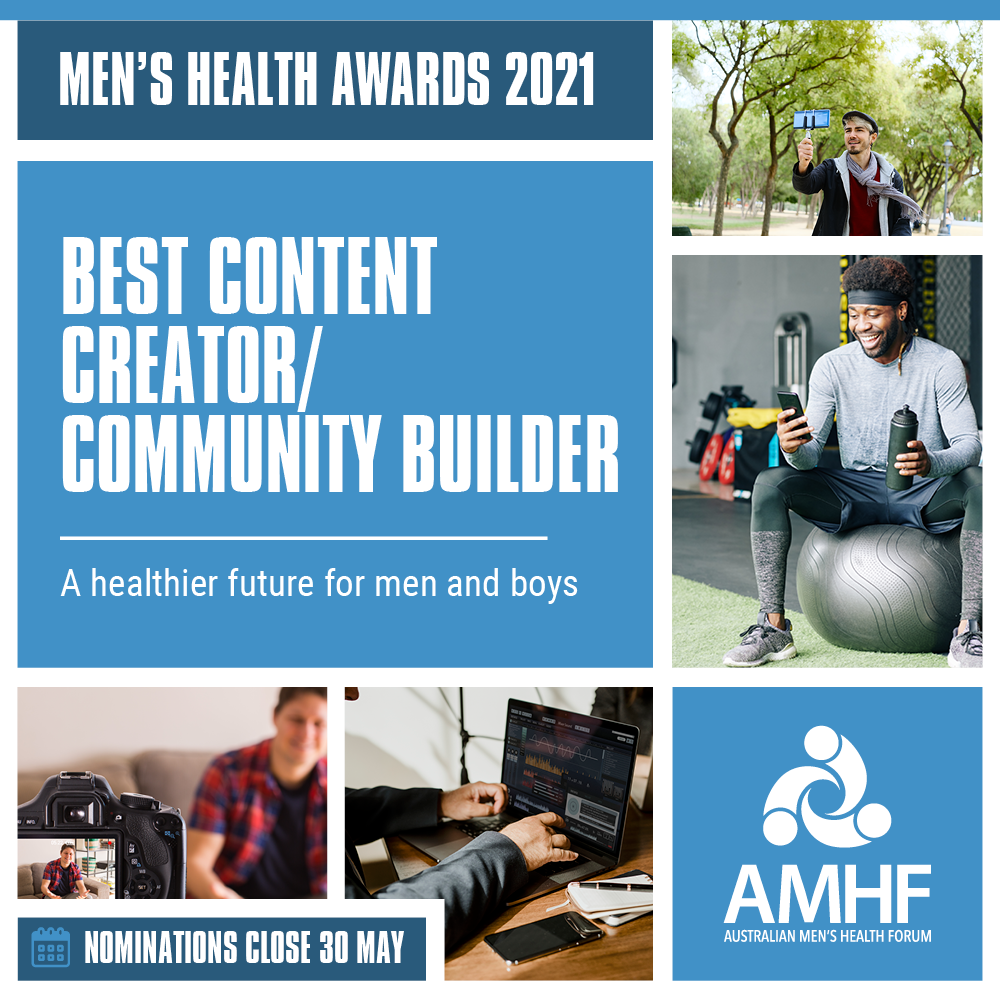 Australia is a leading contributor to the global body of literature on men’s health issues. This year we want to celebrate some of the academics behind that research. We’re seeking nominations in three areas: early career researchers whose work in men’s health shows great promise; singular pieces of research that have made a significant contribution to men’s health; academics who have undertaken a significant body of men’s health research over a number of years. 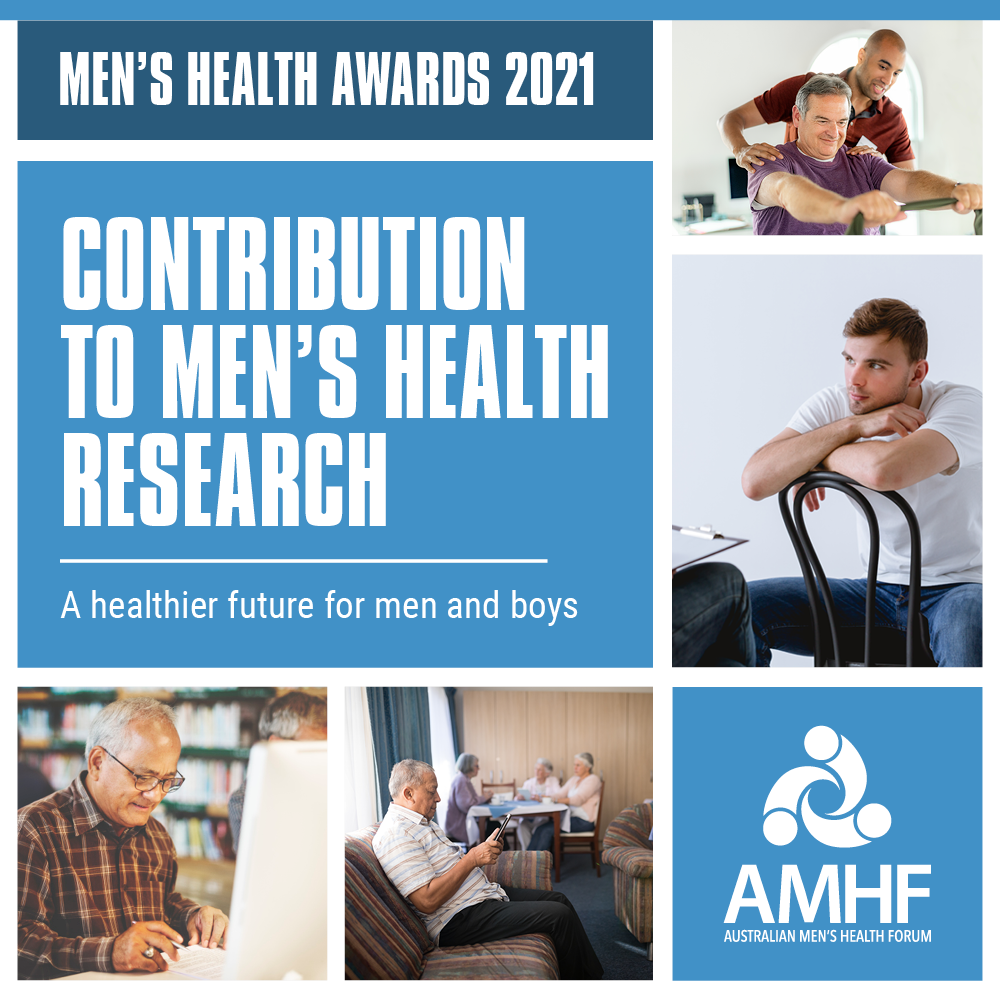 Work to improve the lives and health of men and boys in Australia doesn’t just focus on the gaps between men and women, it also focuses on the many gaps between different populations of men. This year we want to highlight some of the great work that focuses on disadvantaged populations of men. This includes, but isn’t limited to: Aboriginal and Torres Strait Islanders; culturally and linguistically diverse; rural and remote; LGBTIQ+, veterans, socio-economically disadvantaged, socially isolated, the homeless, men and boys in the criminal justice system, men and boys with disabilities, male carers and fathers facing adversity. 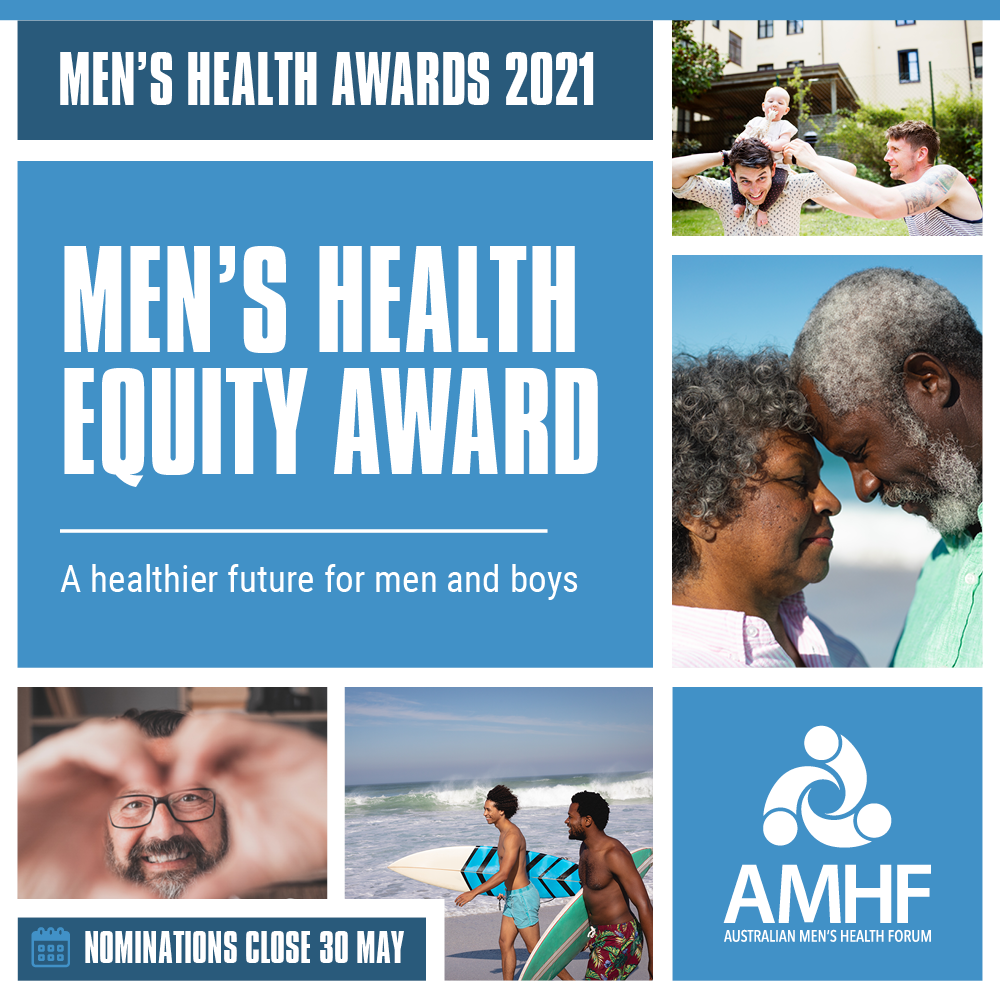 Local winners across each State and Territory will be awarded by popular vote and become nominees for the National Men’s Health Awards.

Nominations close on Sunday 30 May at 5pm AEST.