A cross-party group of women MPs has given its backing to International Men’s Day in New Zealand.

2018 was the first year New Zealanders marked the day, which is held on 19th November, in a co-ordinated fashion. Now in its second year, it has received the backing of Commonwealth Women Parliamentarians New Zealand Group (CWP).

According to the independent news site, Scoop, the CWP said:

“CWP is working to support the rights of women and girls and to create opportunities for them, but that doesn’t mean that men’s interests should be ignored, or their contribution devalued. 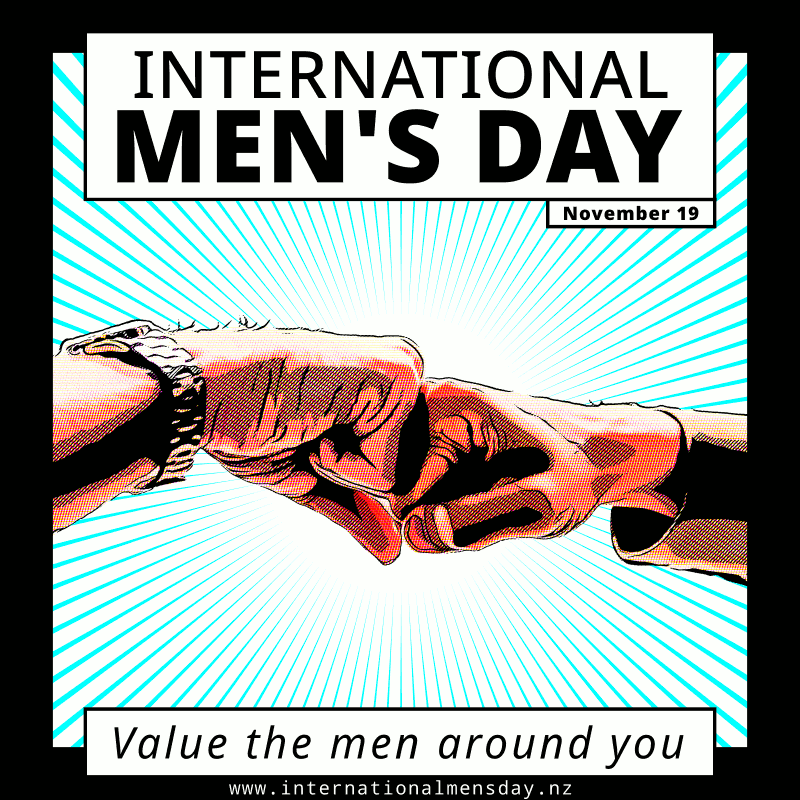 “International Men’s Day is an opportunity to spread a message of unity, and respect for all people, regardless of age, ability, social background, legal status, race, beliefs, sexual orientation or gender identity. The day focusses on objectives that are very similar to those that we aspire to for women. At heart, this is what we want the world to be for everyone.”

The theme of International Men's Day in New Zealand this year is "value the men around you".