A new social media campaign called #KnowYourManFacts got men talking about a range of issues during Men’s Health Week.

Created by the Australian Men’s Health Forum, the #KnowYourManFacts campaign brought together information from around 20 different organisations into a single, cohesive men’s health campaign.

Around half-a-million people engaged with campaign during Men’s Health Week 2018, with social media analysis revealing that three out of four people reached were men. 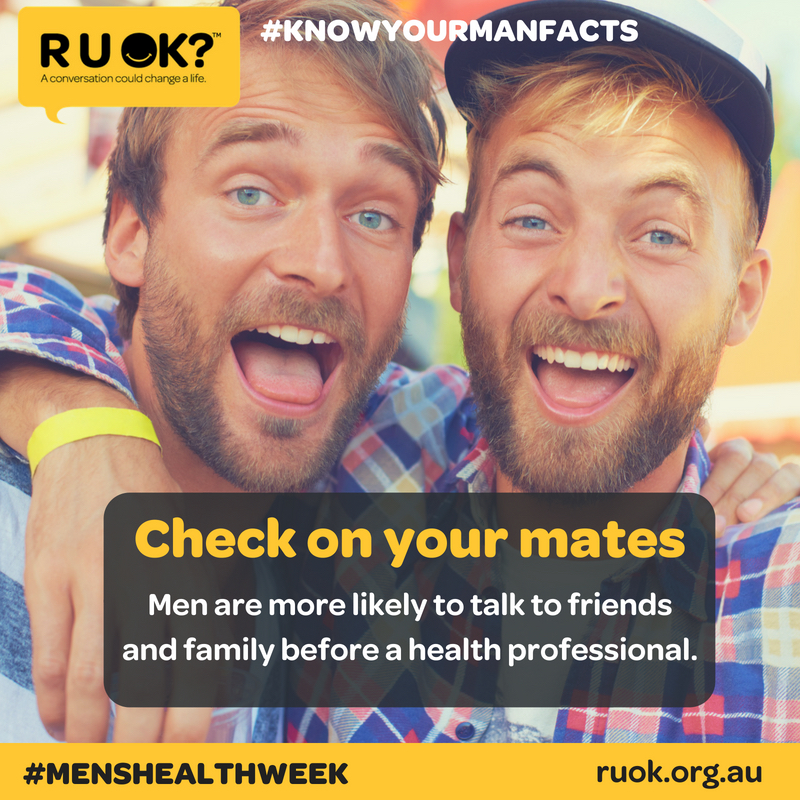 The organisations which contributed to the #KnowYourManFacts campaign included:

To take a look at some of the materials and information that was shared as part of the #KnowYourManFacts campaign see: www.amhf.org.au/knowyourmanfacts