‘Tis the season to talk about mental health

The team at Top Blokes Foundation has come up with a novel idea to put young men’s mental health on the Christmas table.

The organisation has developed a card game called MORAL COMBAT, a debating challenge that includes 145 random, serious and important topics.

For example, ‘Pineapple doesn’t belong on a pizza,’ (random), ‘War is necessary (serious) ‘Swear words aren’t bad’ (important). Players have to debate for and against a topic regardless of what they actually believe.

Top Blokes hopes the cards will get families and communities talking about a range of heavy and light subjects. The organisation provides mentoring programs for boys and young men, designed to improve their mental health as ‘well as normalise a definition of masculinity beyond “strong” and “stoic”.

Order your deck of Moral Combat (AUD$24.99 with free shipping before December 1) 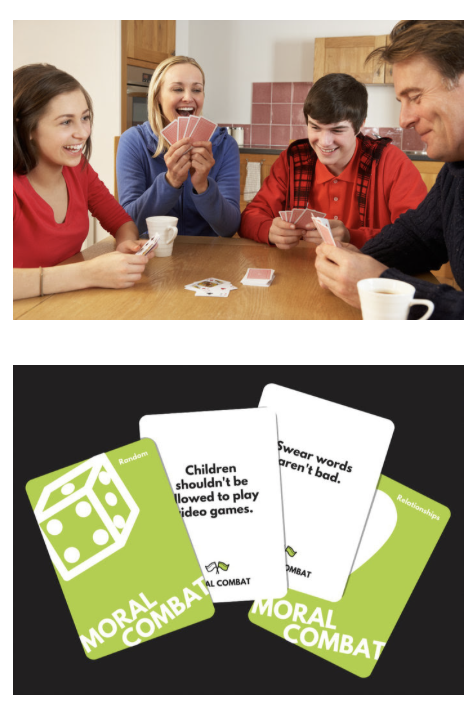