AMHF pushing Man with a Pram for Father’s Day 2021

Man with a Pram is set to have its biggest year in September, with record numbers of events in the pipeline for Father’s Day on September 5.

The Australian Men’s Health Forum is excited to be partnering MWAP, established by Dads Group as a way of providing connection for fathers and families, and to bring awareness to perinatal mental health issues for dads.

Man with a Pram events can be run by organisations, councils, parent groups and individuals. It only takes two or more to set up an event, two people who have at least one pram, “who believe in supporting new families with programs for fathers” and who want to be part of a growing national dads movement.

“We’ve seen lives transformed as isolated dads fighting depression and suicidal thoughts have been given the chance to connect with others and be supported by one another,” say the organisers.

Funds raised will go to specific perinatal health programs and research for fathers and families, including hospital programs, community programs, and digital programs that improve health outcomes for new fathers, mothers, and infants.

If you are interested in hosting a Man With A Pram Event, fill out the expression of interest form. All you have to do on the day is wear a MWAP t.shirt and take a walk around your favourite local area.

If you would just like to take part in an event, check out the MWAP website, which is constantly being updated with new MWAP events across Australia.

And if you are able to make a donation, you can do so here. 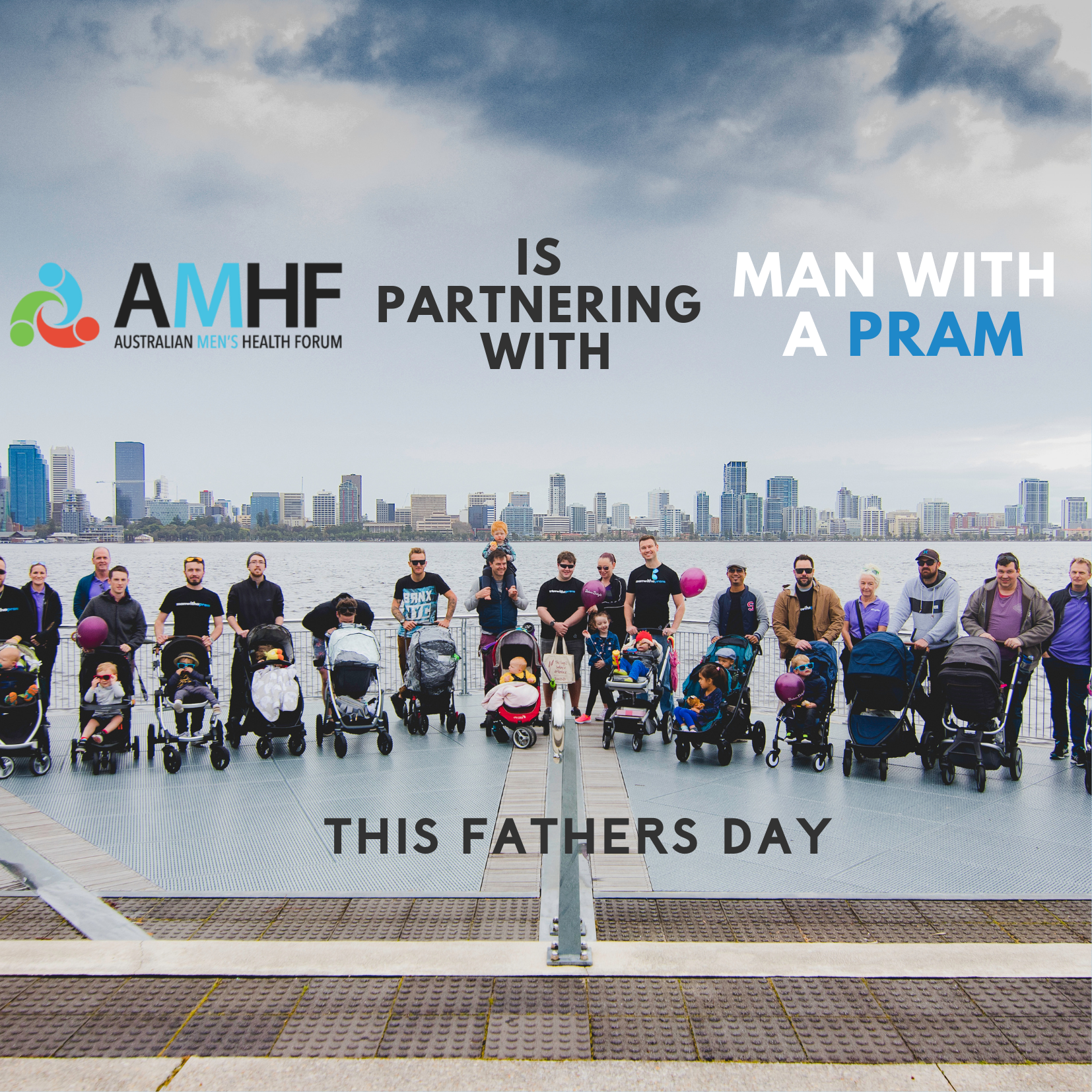