Just two years on from when Josh Quarmby started the men’s blogging side blokepedia, the organisation is extending its reach with a new podcast.

blokepedia, organiser of events, programs and workshops aimed at connecting blokes with ‘conversations that matter’, will use the podcast to discuss themes of mental health, relationships, resilience and communication, spearheaded by host Brendan Keane.

The first episode released last week featured founder Quarmby, who talks about his inspiration for starting blokepedia after he blogged about his own personal story and delved into the pain of losing his father in a car accident. Josh was just 15 and not living with his dad at the time.

“My relationship with my father was never a great one,” he tells Keane.

“When I was 15 I lost my father in a car accident one rainy night. That loss was quite sudden.”

“It’s that time of life when you are stepping into manhood and you need your father around.” 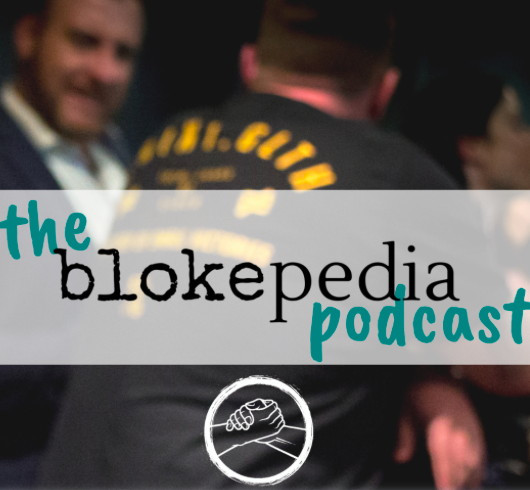 Check out the blokepedia podcast.

Quarmby had bottled his grief for years, fighting depression and beating himself up until he finally shared his story with the world. The response was overwhelmingly positive. It seemed he wasn’t the only one wanting to connect with others and since then many have followed.

“What I was noticing from the articles was an underlying theme of men wanting to connect to share their stories,” he says.

blokepedia runs many of its events at venues and locations that are conducive to easy communication, such as sports venues and pubs.

During Men’s Health Week, on 11 June, they will host a special breakfast at the Metropole, 180 Ann Street, Brisbane, including a panel discussion with champion athletes Mark Knowles, Bede Durbidge and David Shillington under the theme ‘Mateship and Mentors.’ FIND OUT MORE

Another event on 15 June in Canberra will feature Ben Alexander, Terry Campese and Pip Seldon in a panel discussion on the same theme. FIND OUT MORE

“Guys, to our detriment, we have this notion that we have to do it alone,” he says. “That’s part of what blokepedia can assist with, in breaking down those barriers. blokepedia’s role is about saying, ‘Hey you can do something about it.’

“I want to be able to use blokepedia's community and growth that it has experienced to influence change within communities and organisations.”

Adds Brendan Keane, “the podcast gives us an interesting medium to communicate with people who might not be able to attend the events.”

blokepedia has been nominated for an AMHF 2019 Men’s Health Award, which will be announced in Brisbane on Monday 10 June.

Find out more about this free event and/or register your attendance.