Father of two Daniel Kelsey has lived all his life near Echuca, approximately 200kms north of Melbourne. In his day job at nearby Tongala, Daniel helps put together food packs for hospitals, and enjoys a weekly match of regional football.

Daniel’s awareness of male suicide and the numbers of men dying each year sharpened when a friend he grew up with took his life. He then learned that six men die every day from suicide in Australia, a number that increased to 7 according to 2019 Australian Bureau of Statistic numbers.

So he decided to do his bit and launch a fund-raiser, pledging to run 42kms a week until November. As well as keeping Daniel fit, he hopes to raise at least $20,000, and will direct the funds to Blokes United, who have become increasingly active in the men’s mental health space. 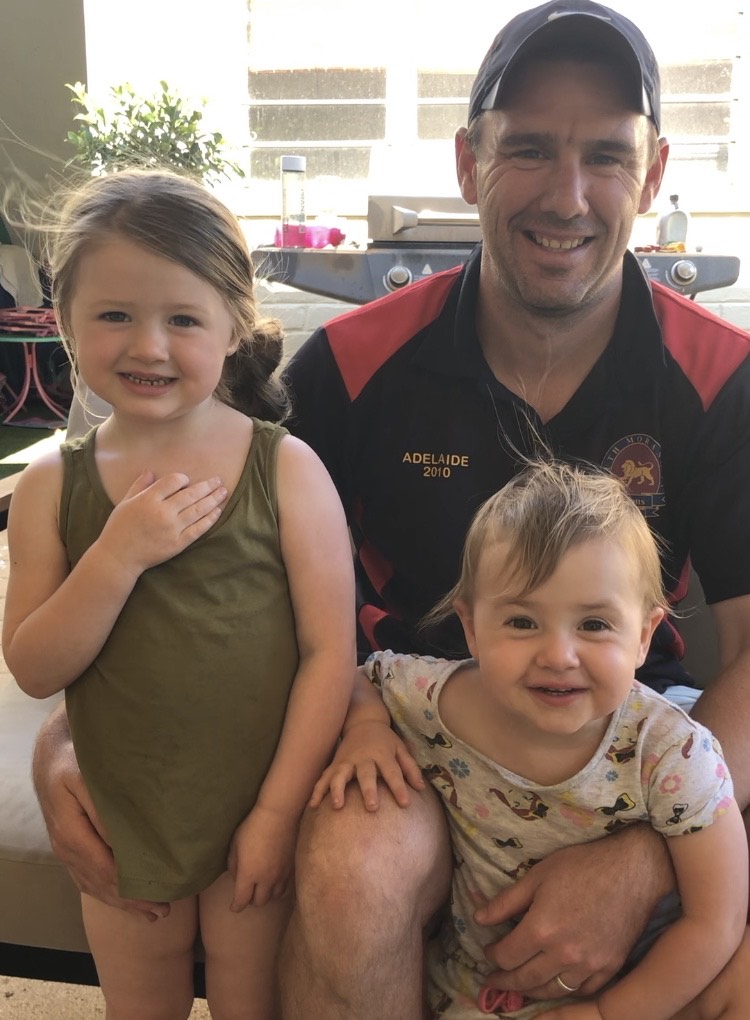 Daniel with his daughters Heidi (4) and Lara (2). His wife is expecting their third child in November.

Their goal was to open up the conversation about men’s experiences and to encourage an open and safe forum for discussing difficult topics.

Now with approaching 24,000 members in the (private) Blokes United Facebook page, the organisation is developing further initiatives to help young and older males connect, run events and support the mental health and wellbeing of Aussie blokes.

“A mate at footy got onto it,” recalls Daniel. “He was posting mental health videos on Facebook and asked if I’d be interested in joining.

“When I grew up playing footy, mates wouldn’t talk about feelings, but everyone is starting to open up more.”

Daniel hopes that the kilometres he travels up and around the Goulburn River Valley, well known for its dairy and fruit orchard produce,  will in some part contribute to more guys talking about their worries.

His 42kms for 42 weeks fundraiser started on January 4 and he plans to wind up on Friday November 19, International Men’s Day.

So far he has raised close to $800 and is asking that funders donate $1 to mark a first investment in his endeavour, and another $1 when he finishes. Naturally, they are free to chip in more!

The numbers stack up. Help Daniel hit his target.