A new study which explores gender differences in relationship to the influence of parents’ alcohol consumption has found that heavy episodic drinking is a risk factor for adolescent drinking.

Jacqueline Homel from the Griffith Criminology Institute and Diana Warren from the Australian Institute of Family Studies, looked at a sample of 2800 14-15 year-olds living in two-parent households from the Longitudinal Study of Australian Children.

Mothers who drank heavily were more likely to influence a child’s behaviour, the study found, with “heavy drinking” defined as consuming more than five drinks more than twice a month. For adolescents, the outcome measure was having had an alcoholic drink in the past year.

The study reported 25% of boys as being more likely to try alcohol by the age of 14-15 if their mother was a risky drinker (26% of girls). Boys were less influenced by a father's heavy drinking, with 14% of boys trying alcohol if their father drank a lot compared to 23% of girls. 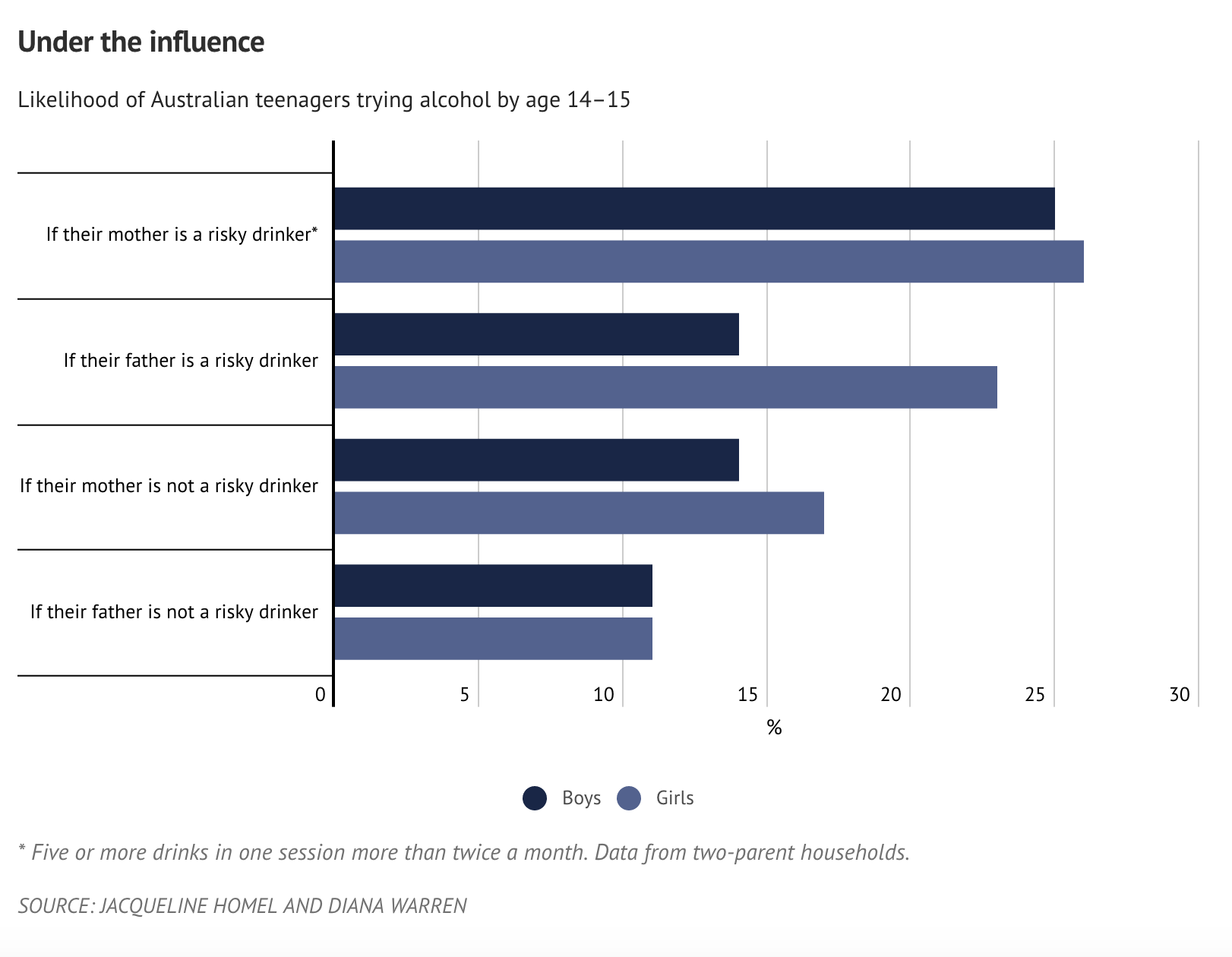 If fathers were moderate drinkers, or didn’t drink at all, the take up for adolescents of either gender was 11%, whereas 14% of males would drink despite a mother’s lower alcohol consumption.

“Results suggest that girls may be especially vulnerable to parent heavy drinking in early adolescence.”

READ: The Relationship Between Parent Drinking and Adolescent Drinking: Differences for Mothers and Fathers and Boys and Girls (Taylor and Francis Online)