Two outstanding Tasmanian leaders in men’s health have been nominated for one of the state’s LIFE Awards for Suicide Prevention.

Former Australian Men’s Health Forum president Jonathan Bedloe and the founder of Man Up Tasmania, Aaron Meldrum, are both in the running for the 2022 Mental Health Council of Tasmania Outstanding Contribution LIFE Award. 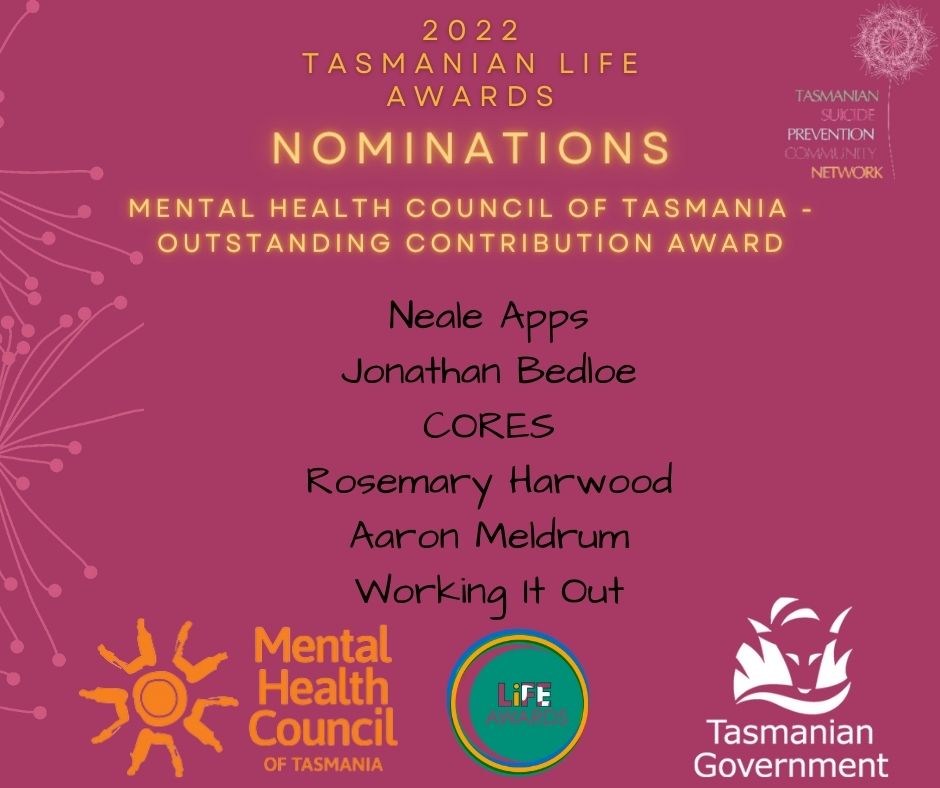 This Outstanding Contribution award acknowledges someone who “truly makes a difference to the lives of people and communities impacted by suicide,” and who are working to reduce the rate of suicide in Tasmania. They also “stand up for better services and supports in suicide prevention, intervention and posvention.”

Through his leadership roles with Men’s Resources TAS, the AMHF and now as a trainer, Jonathan has been a change agent for creating a healthier public awareness of men’s mental health in Tasmania and Australia. He has inspired and led many men to take up the cause of advocating for a healthier masculine culture especially around mental health. 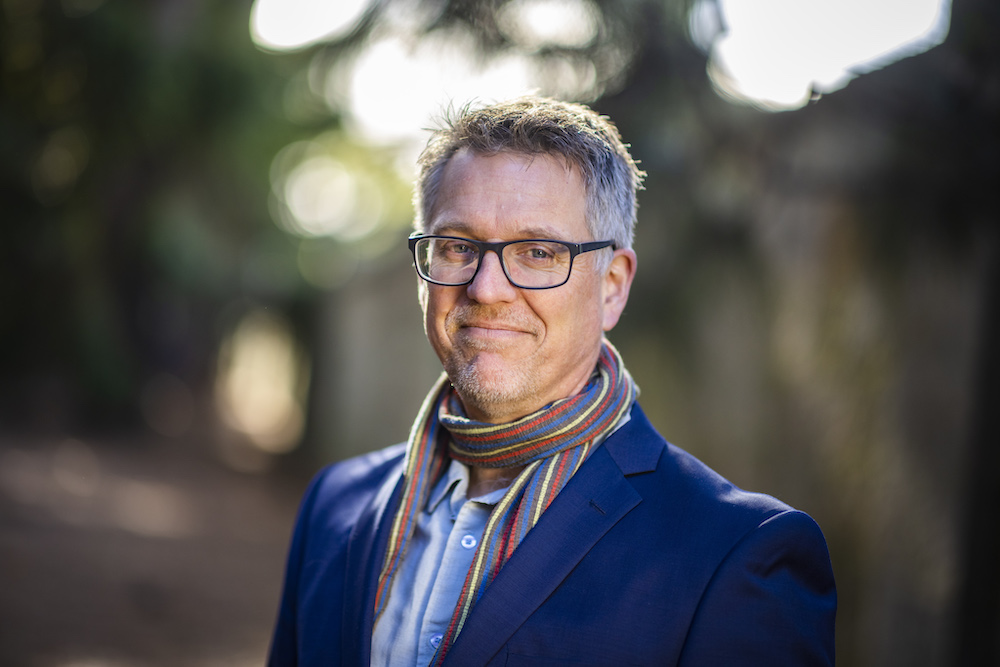 He led the formation and convening of Men Services Network Tasmania as an informal group from 2007 until its incorporation as Men’s Resources Tasmania in 2014.

He was a founding member of the Tasmanian Men’s Shed Association and is a board member with TasMen.

In 2016 Jonathon participated in the formation of Primary Health Tasmania’s Working Group for the establishment of the Tasmanian trial sites under the  Australian Government  National Suicide Prevention Trial, where he advocated strongly for a focus on men due to the high rates of men dying by suicide in Australia. Tasmania is one of only two sites nationally that includes a focus on male suicide.

In addition, he delivered Suicide Talk sessions (90-minute community awareness discussions) to 30 groups through Neighbourhood Houses in 2015-17 and has been facilitating Applied Suicide Intervention Skills Training since 2015.

In 2021 he worked with MRT to host the 24/7 Vigil for male suicide on parliament house lawns and worked with AMHF CEO Glen Poole of Stop Male Suicide to convene and co-facilitate training and workshops in Tasmania.

Aaron started Man Up on the North-West Coast of Tasmania in June 2020, getting men together once a month at a local bar or similar venue with the aim of creating a peer-support network where men can get talking. 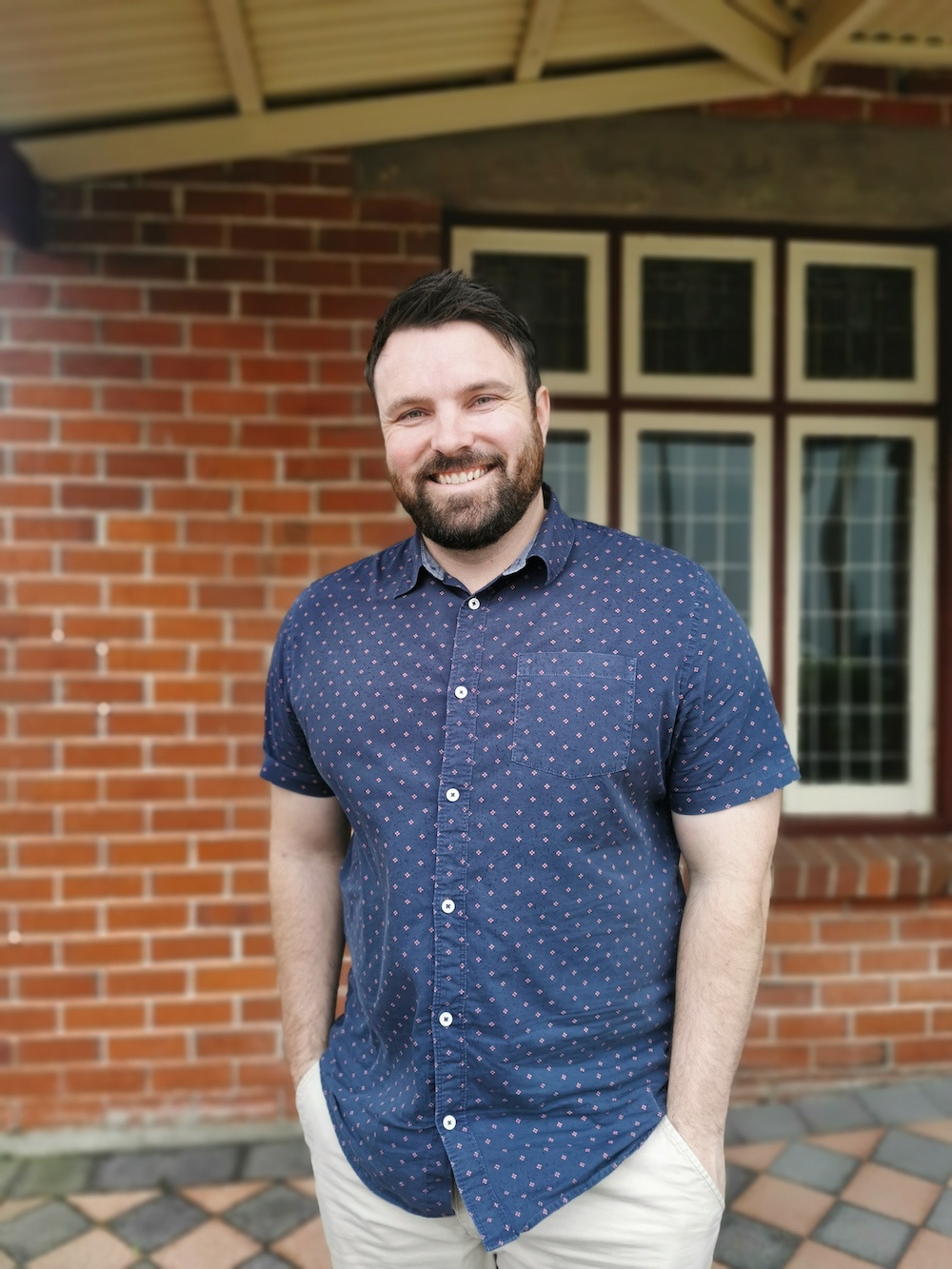 In March 2021, he expanded the grassroots organisation to the wider community and completed a Mental Health First Aid qualification with the aim to provide free and discounted training and service to organisations cross the North West Coast of Tasmania.

Man Up Tasmania’s first major project is the development of a volunteer peer support network that will be present at local events and activities that are more predominately attended by men.

Aaron’s aim is to shift the culture, perception and understanding of Mental Health with a specific focus on the needs of men.

By 2030, he wants there to be a tangible shift in the culture and perception of men’s mental wellbeing across Tasmania.

Aaron has achieved all of this while volunteering his time and working full-time.

The Awards are organised by Relationships Australia Tasmania on behalf of the Tasmanian Suicide Prevention Community Network. Learn More.