Beale Street in downtown Memphis, Tennessee, along the Mississippi River is famously known as the home of the blues. It’s 2.9 km stretch is also synonymous with the pain and struggle of black America, depicted by James Baldwin in his book If Beale Street Could Talk, now a feature film from director Barry Jenkins’ (a follow-up to the Academy Award-winning Moonlight).

“Every black person born in America was born on Beale Street, born in the black neighbourhood of some American city, whether in Jackson, Mississippi, or in Harlem, New York. Beale Street is our legacy,” wrote Baldwin in 1974.

The story centres on the wrong-doing of a young African American man falsely accused of rape in Harlem. Writes Stuart Richards, a lecturer in Screen Studies at the University of South Australia: “If Beale Street Could Talk is a sumptuous film that explores the emotions of joy, fear, anger and, above all, love.”

Dr Chelsea Bond, an Aboriginal health researcher, writer and broadcaster, also saw the movie at its Australian release in February, and has drawn parallels with Baldwin’s original depiction of Beale Street and the so-called Australian equivalent ‘Struggle Street’, depicted in the SBS series of the same name.

“Now, I don’t live on Beale Street in some American city, but I do live on Struggle Street and I know Black men like these, along with the struggle of Black love surviving in a society which despises it,” Dr Bond writes for NITV.

However, unlike the film version of Baldwin’s novel, Dr Bond says First Nations males are rarely imagined as good or loving, “a real danger confronting Black bodies and Black communities; the ways in which these fictions speak to our souls.”

The real experience of Indigenous males

Which is why a recent research project she has been involved with has such an important place in addressing Indigenous male stereotypes; documenting and learning from the experience of young indigenous men in the Brisbane suburb of Inala, 14 kms south-west of the CBD, also the location of the SBS series season two, which centred on stories of despair from the same neighbourhood.

The research project supported by the Lowitja Institute, with researchers from the University of Queensland, examines the Rite of Passage program implemented in 2009 by the urban Indigenous community-controlled Inala Wangarra, “as a means of celebrating the transition of young people from adolescence to young adulthood.”

The program, for 15 to 21-year-olds, is described as “a sophisticated ritualisation of the location, presentation and celebration of its young people”. 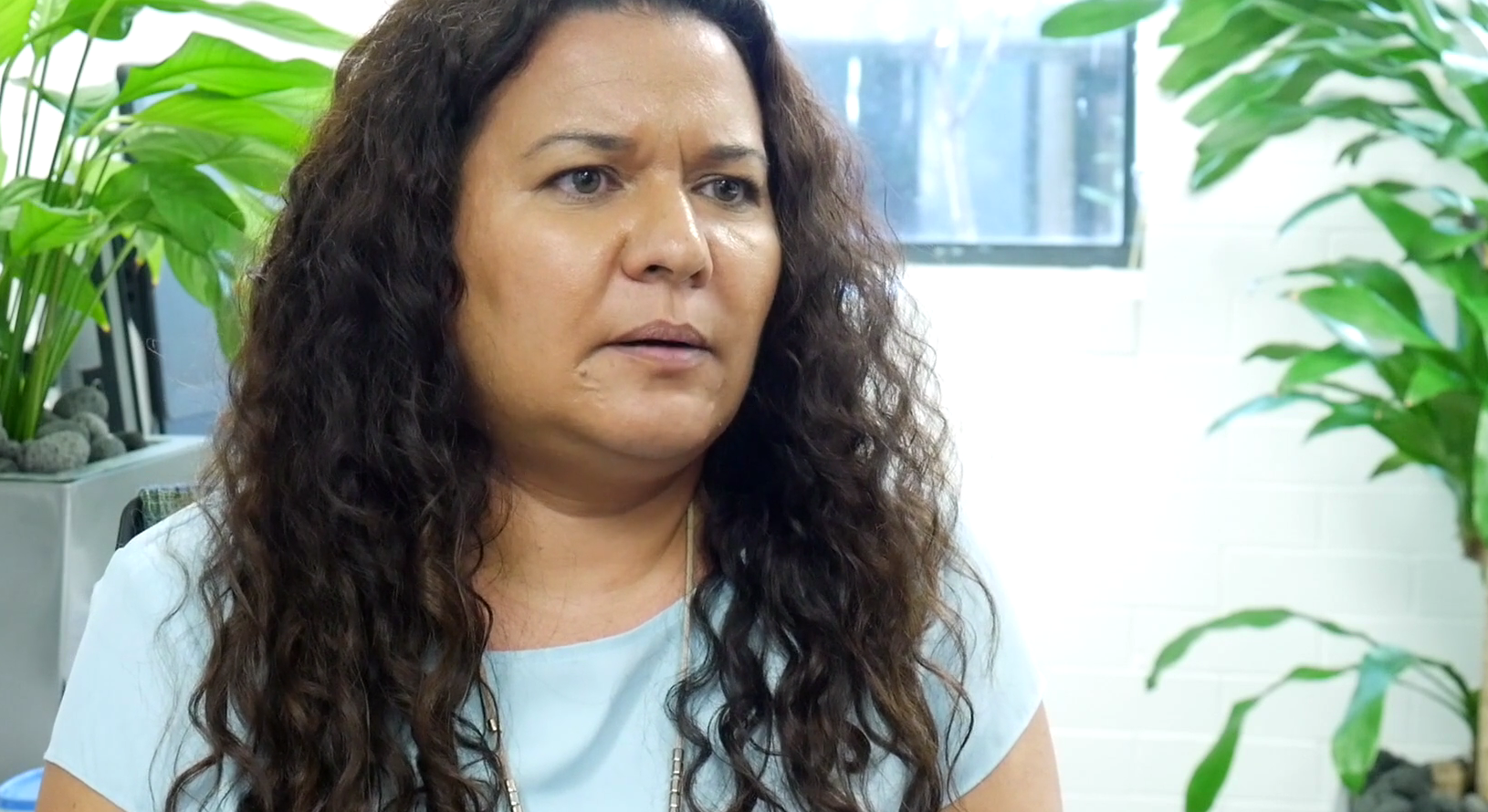 “The project is looking at the way an urban indigenous community celebrates and commemorates important milestones in our young boys’ lives as they enter into manhood,” said Bond (pictured above), who married an Inala man and has four sons and one daughter.

“This project is really unique in that it is looking at ritualised masculinity. What does it mean to be a blackfella?

“Typically, our men are framed as problems, as criminals as threats as risks. We’re looking at young men who have endured quite a lot and we’re learning from them, but we’re also learning about how do we engage with a strength-based approach.

“A lot of people talk about strength-based approach as community development, but not a lot of people do it well. One of the things I’m most proud of with Inala Wangarra is the way in which it takes a strength-based approach as an everyday practice, as an everyday act and we have a lot to learn from the community workers who do that work every day.

Learnings from the research project

The Inala Wangarra research project listened to journeys of Indigenous males, and explored what it was to be a man and how they saw their role as men in the community.

“We heard stories of men having to ‘act hard’, having to be strong and having no choice but to stand up for oneself: The articulation of a strong Black masculinity centred on a strong sense of brotherhood and belonging that sustained men in these tasks and in speaking back to power,” reports Bond.

“Indigenous men spoke about being better for one’s children, about being a better version of one’s own father, about being respectful, about providing and guiding and about showing your children that “it’s okay to hurt”.

“Indigenous men spoke of a masculinity that proclaimed their humanity, and just like the Black men on Beale Street, the fact that they were able to do so in a social world that continued to deny them this humanity speaks so very loudly to the real power of the Black man.”

The researchers produced a series of video vignettes chronicling the maturation of young Indigenous men in the Rite of Passage program, and will create a commercial pitch for a high-quality documentary. Another goal is to provide a guide for service providers and policy makers about how to do strength-based work, as well as cement a two-way knowledge exchange between Indigenous undergraduate students, University of Queensland researchers, and Indigenous community-controlled organisation staff.

“You can’t go past Inala as an example of strength-based approaches to community,” says Bond.

Read the Review: If Beale Street Could Talk