Loneliness is impacting the physical and mental health of Australians and men are feeling the impact, according to the CEO of a leading mental health charity.

According to Kim O' Neill, CEO of the telephone and online counselling specialists On the Line, men are bearing the brunt of the effect of loneliness on physical health.

"Studies have shown that socially isolated or lonely men had a 90% increased risk of cardiovascular death and more than double the risk of death from an accident or suicide," says O' Neill, whose charity runs the national MensLine service.

O’Neill is calling for more focus on the impact of loneliness and its link to poor health and shortened life expectancy and says there is ‘decades of research’ to show the devastating consequences of social isolation.

Naomi I. Eisenberger and Julianne Holt-Lunstad have led the way investigating and reporting on loneliness and its lesser-known consequences such as: 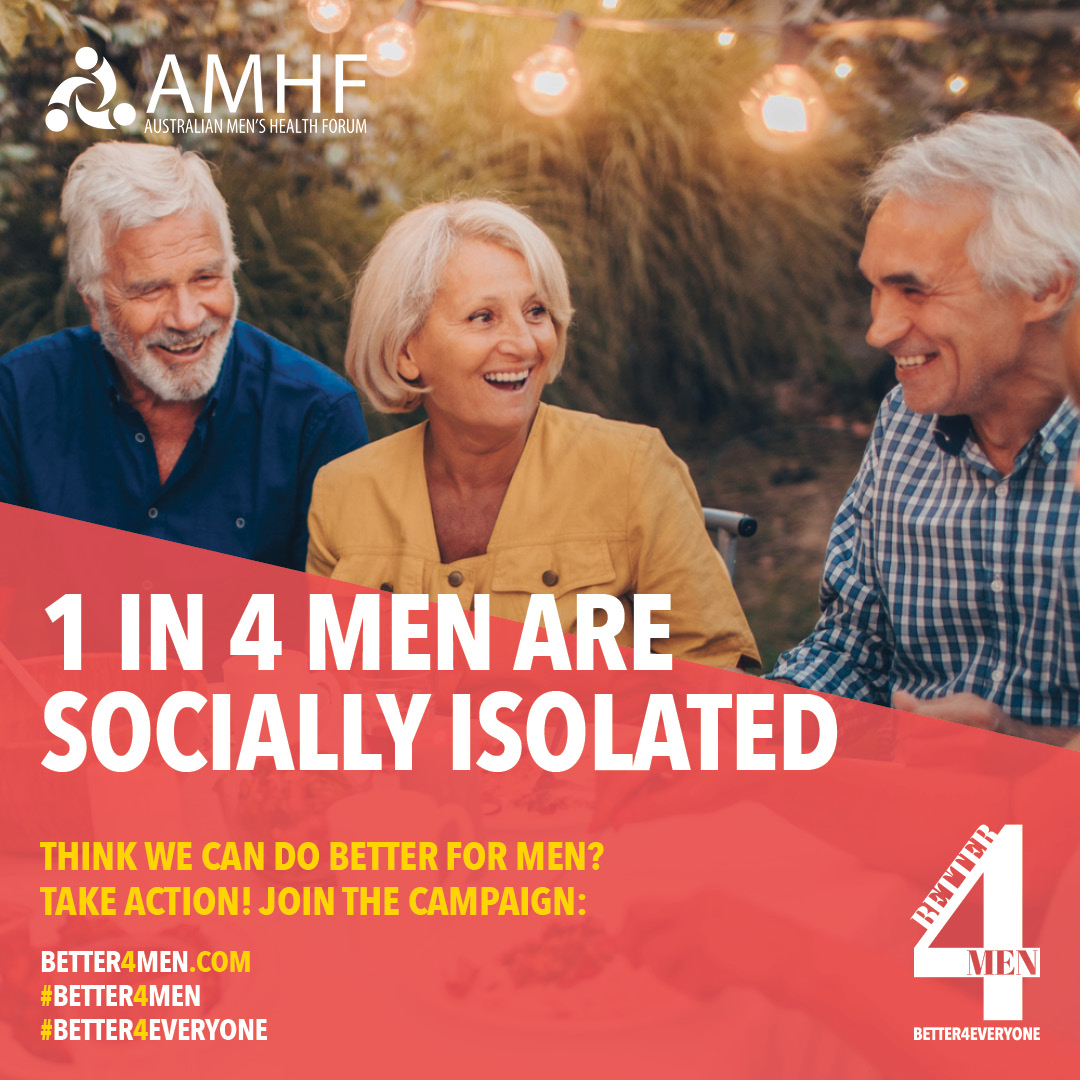 Writing for Psychology Today, author Jennifer Latson (The Boy Who Loved Too Much) says researchers aren’t being metaphorical when they speak of loneliness as a disease, and that it has reached epidemic proportions.

“More than just a mopey, Charlie Brown-esque mindset, loneliness causes serious hurt, acting on the same parts of the brain as physical pain,” she writes.

“Recent studies are revealing that the subjective feeling of loneliness—the internal experience of disconnection or rejection—is at the heart of the problem.”

O’Neill provides a short list of physical ailments that arise out of loneliness including:

As well as provoking tangible physical symptoms, loneliness might even be contagious.

"People on the edge of the network spread their loneliness to others and then cut their ties," wrote Nicholas Christakis of Harvard Medical School in Boston. "It’s like the edge of a sweater: You start pulling at it and it unravels the network."

Which is why O’Neill is calling on state and federal bodies to address loneliness along with other root causes of mental illness, “to deliver a more holistic, person-centered approach that acts to prevent mental health issues from growing even further.”

HELP US BUILD MEN'S SOCIAL CONNECTIONS: GET INVOLVED WITH THE #BETTER4MEN CAMPAIGN TODAY