Man on a (mentoring) mission

Ian Westmoreland hasn’t earned an income since moving from his role as a well paid IT project manager five years ago to his unpaid work improving men’s mental health today.

The founder of the new program Mentoring Men had been reading a book called Sun Stand Still by Steven Furtick, which helped focus Ian on determining his life’s purpose by questioning how many men look at their lives.

Ian read the following in Furtick’s book “…They feel like they’re doing their part as long as they live decent lives. Stay out of trouble. Pay taxes. Have babies. Make a living. Buy a boat. Hit age fifty-nine and a half. Collect retirement. Die.”

Ian was 59-and-a-half to the day that he read this. He took it as a sign, quit his job and became a volunteer mentor in high schools and primary schools through the Kids Hope program and the youth mentoring foundation, RAISE.

Then another life-changing moment, through helping a young high school boy whose father had died by suicide and whose mother was an alcoholic.

“I’d been a mentor to around 20 different people and I realised I wanted a mentor myself,  looked around to seek an organisation and couldn’t find anything. So, I wrote a proposal to set up a mentoring program.”

Ian found a supporter in the Federal Member for Berowra Julian Leeser, who had famously recounted his own father’s suicide in his maiden speech to Parliament in 2016. While initially self-funded, the program has continued with crowd-funding.

“Treating depression as a medical issue is not working,” Leeser said. “Rather, we need to rebuild caring communities, that people know and notice the signs and acknowledge the people around them. Where we ask, ‘are you okay?’ or, more directly and importantly, ‘are you contemplating suicide?’

With Leeser’s backing, Mentoring Men launched last November with currently 50 mentors progressively going through the process of joining the organisation’s ranks. This includes completing the Lifeline Accidental Counsellor course before mentees are matched with mentors with the assistance of three three volunteer psychologists.

The mentors are a diverse bunch including a 22-year-old psychology student, an 85-year-old retired school teacher, a professional film producer, a CEO and author who runs a fitness centre, a funeral celebrant, a community radio guy, a logistics manager.

“They have in common a genuine desire to help men in the community,” says Ian. While he believes women are fantastic mentors and his own best-ever mentor was female, complications can arise with men who are lonely and socially isolated.

“We thought long and hard about it,” he says, “but if a woman came along and showed care, it could be misconstrued.” 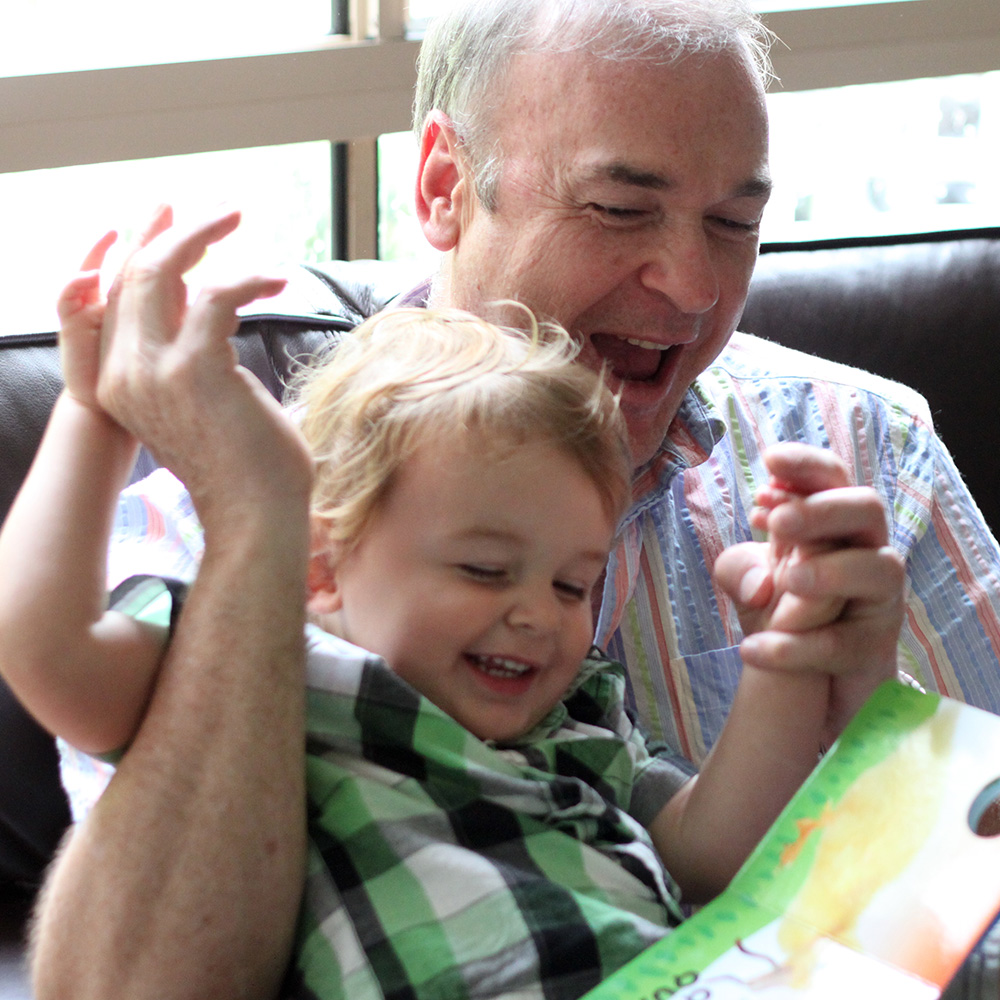 Ian with one of nine grandchildren, Will.

The target mentee is over 18, but Mentoring Men will consider younger males upon application. However, anyone with more serious health and mental health issues such as drug addiction or a record of violence, will be referred elsewhere.

“We are trained volunteers but we are not professionals,” he says.

Under the program the mentor and mentee enter into a six-month arrangement, meeting regularly at a neutral place. While men’s groups are important – Ian runs men’s breakfasts regularly out of his North Sydney home and has up to 40 people attending at a time – he thinks men will truly open up in one-on-one settings.

“If I’ve got a battle with pornography I’m less likely to talk about it in a group. If I’ve developed a trusting relationship with someone, I am more likely to open up. In my view, this is the most effective means I can think of. I personally believe every man should have a mentor.”

Ian Westmoreland has contacted high profile role models asking for them to be ambassadors of the program and believes Mentoring Men will one day have tens of thousands of men taking part.

With 70% of people who contact LifeLine doing so out of loneliness, Ian believes early intervention is the key to preventing male suicide.

“If you’ve got a broken bone there is no hesitation at all to get it looked at. If you’re just feeling sad or you’re struggling with a relationship, there’s a reluctance to seek help. I’d love to change that. For it to be a normal thing to have a mentor. I’d love to see this as being as common as going to a doctor, that people put their hand up and say, ‘I want to have a mentor.’

Read more about Mentoring Men and how to be a mentor