Man Up arrives in Tasmania

As well as being the title of a 2015 rom com with an 80% rating on Rotten Tomatoes, Man Up is also a 3 x 1 hour documentary series funded by Movember about masculinity and men’s mental health featuring Gus Worland (Gotcha4Life).

The idea for the 2018 series, which can be seen on ABC’s on-demand iView is to break the silence around male suicide and challenge our ideas about what it means to be an Aussie man.

This week in Tasmania’s north west, Man Up Tasmania will officially launch (March 13), a volunteer-based peer support network that attends events and activities that are primarily dominated by men such as car shows, automotive racing, fishing and so on, to talk about mental health and wellbeing.

"A group of my friends and I got together and had a chat about how the current system wasn't adequate, and wasn't meeting the needs of the community," the group’s founder Aaron Meldrum told The Advocate . "We decided to do something about it."

"We see a lot of men that don't actually know when they're at a crisis point, or find it hard to identify their own emotions and where they're at," Mr Meldrum said.

"A lot of the time we've found when you say mental health, people think of mental illness. There's not enough focus on... what actually makes up mental health and wellbeing overall." 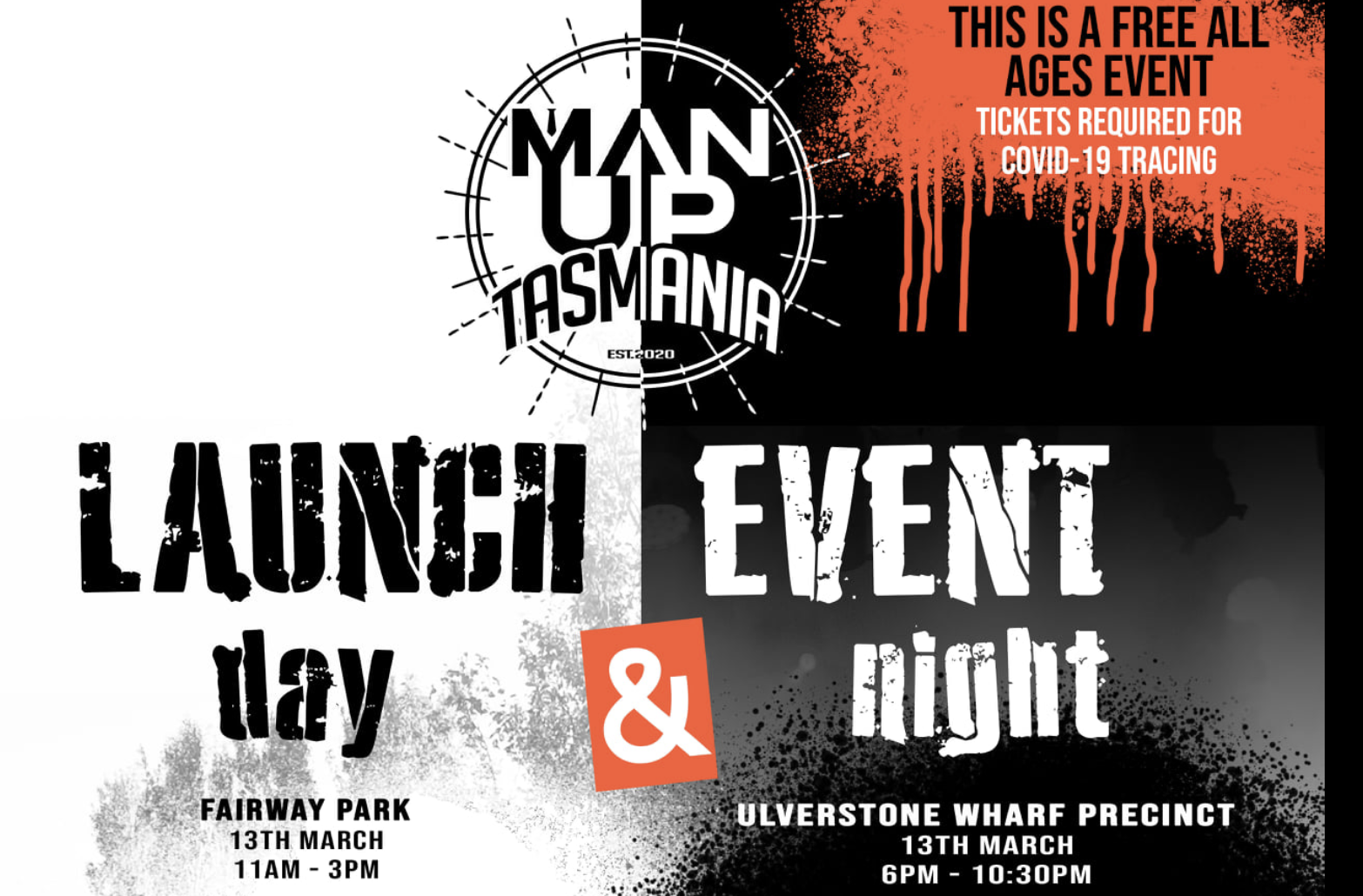 "We want to help men understand that perhaps what they're going through may... be linked to a financial stress or a situational stress, so they can develop the skills to identify these stressors and how to work on them themselves as a preventative step," Mr Meldrum said.

The group’s Facebook page - @manuptas – is described as ‘a grassroots organisation founded by a group of typical blokes that have all seen a drastic need for mental services to be looked at differently.’

The launch day begins at Fairway Park at 11am with a mental health expo, speakers and bands.

It transfers to Ulverstone Wharf Precinct from 6pm-10.30pm, with more live music and special guest Jonathan Bedloe on stage talking men’s health. Men’s Health Resources Tasmania is one of several sponsors including the Central Coast Council.

Read: North-West Men's Health organisation 'Man Up' is encouraging men to speak up, and speak out (The Advocate)