Men’s Health Week 2021, from 10-14 May, saw widespread and diverse promotion of men’s health issues in Australia.

Organisations from across the country held events that tied in with the theme established by the Men’s Health Information and Resource Centre (MHIRC) at Western Sydney University: “Connecting for Men’s Health.”

Ararat Men’s Shed used the week to get men talking about their mental health while Grampians Community Health Chief executive officer Greg Little told the local newspaper that connections were vital to men.

"Men are very overrepresented in health statistics, we are less likely to look after ourselves, probably because we tend to be greater risk takers," he said.

"At the same time men do care about their mates, 'I'm alright but I'm worried about old mate next door, he should do something about it'."

The Shaka Project founder Sean Weir – who started a podcast 100% with Sean Weir in 2020 as Victoria went into a first lockdown – asked men in Ballarat and Bendigo to make connections. The lived experience mental health advocate told the Ballarat Courier it was important for communities of men – football clubs, boxing groups, old school friends – to make a point of catching up.

"The biggest thing with men's mental health is about starting the conversation,” he said.

“The Forum’s report found that women’s health receives five times more funding than men’s health, four out of every five beneficiaries of taxpayer suicide prevention programs are women and nine out of 10 people who receive cancer screening are women,” wrote Benns, quoting the recent AMHF survey that found 78% of women and 80 per cent of men believe the Government should spend more money on programs that support men’s health issues. Two thirds believed that all health funding should be assigned on need rather than gender.

Benn’s article sat with an embedded video by senior journalist Shannon Molloy, which highlighted the number of men dying by suicide every day and the peer-based services that are making a difference, citing HALT and Tomorrow Man.

Mr Perfect also featured on the ABC News in a Men’s Health Week report highlighting the importance of social connections.

"I'd been having some mental health challenges and I went to get some professional help, but I found it was a very cold and impersonal experience,"  explained founder Terry Cornick on why he started Mr Perfect. 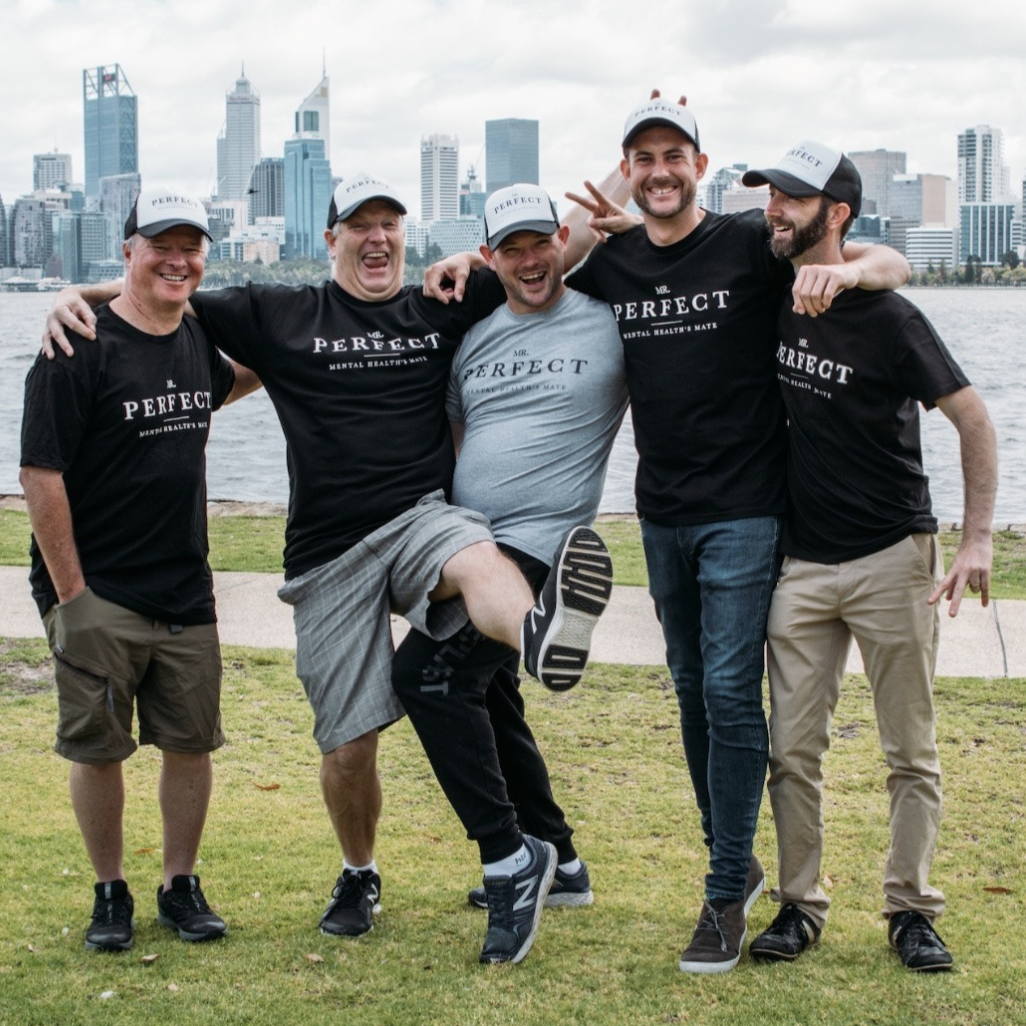 The article also noted the Tough Buy Book Club’s effectiveness in getting men out of the house to talk about books in a pub setting, and Mary O’Brien’s work targeting men in rural and remote communities through her initiative, Are You Bogged, Mate?

Pleasingly, the article referenced leading grassroots men’s organisations that have developed male-friendly solutions for men to connect with others.

One of these was The Men’s Table, whose co-founder Ben Hughes was interviewed by ABC News Breakfast Victorian co-presenter Michael Rowland and Belinda King from breakfast radio in Tassie.

MHIRC said hundreds of locally organised events took place in every state and territory across Australia during Men’s Health Week, “raising awareness, and more importantly, bringing men together and 'connecting' for men's health.”

Said MHIRC Project Officer Brogan Mulhall: “There was a significant increase in social media engagement across a broad range of network platforms. This year TikTok engaged with MHW21 and developed a social media partnership to specifically target young men aged 14-21."