A Melbourne fitness coach has developed a program specifically for men who want to exercise and stretch, but avoid traditional yoga, Pilates or similar gym and relaxation classes that typically appeal to women.

Called the ‘Stiffies’, Anthony Lett’s program is tailored to blokes wanting to develop a stretching regime in more of a male-friendly environment where "there's no dogma, no chanting, and no wondering 'am I doing it right?'"

“Most men don’t like going to yoga where they feel awkward and embarrassed and can’t do it,” says Anthony, who studied sports science and sports coaching at the Australian Institute of Sport, and is the author of nine books on stretching and Pilates.

The Stiffies use custom-built equipment for men to stretch on more easily.

“We target each muscle group precisely so the guys aren’t confused about whether they are doing it right or wrong,” says Anthony.

“We work through each muscle group and hold the stretches for 2-4 minutes.”

Since opening several weeks ago at his Ivanhoe StretchFit studio, men of all ages have joined, with the majority falling into the 40+ age bracket.

Anthony has trained ultra-marathon runners, tennis players, football umpires and dancers but the average blokes are aged 50 or more, a little bit over weight and generally stiff and achy.

The class runs for one hour and 15 minutes … as the warm-up part of the session can take a little longer than a traditional 60-minute workout.

Anthony says the guys focus well and many have formed connections and exercise out of class, for example in cycling groups and sailing groups. 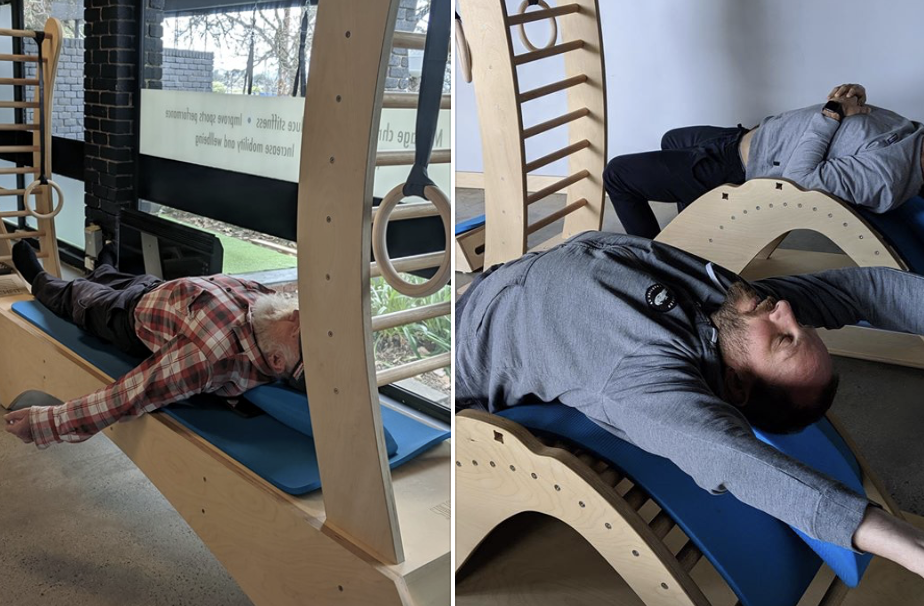 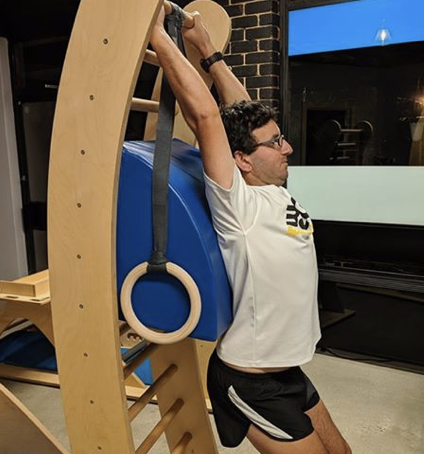