The organisation provides social support services to men in need and other disadvantaged and vulnerable groups in Broome and across the Kimberley.

Their service won recognition at the Broome Business Excellence Awards presented by the Broome Chamber of Commerce and Industry on October 23, where they were also nominated for Business of the Year.

Comprising a team of 25 staff, MOSAC has four key programs in the areas of youth suicide prevention, family and domestic violence, men’s health and wellbeing and a child and youth bike engagement program.

The men’s health and wellbeing program includes a drop-in space and programs to support men leaving prison to engage in employment and health care.

They also provide services to men with complex needs like homelessness, alcohol and drugs, mental health issues and relationship issues. 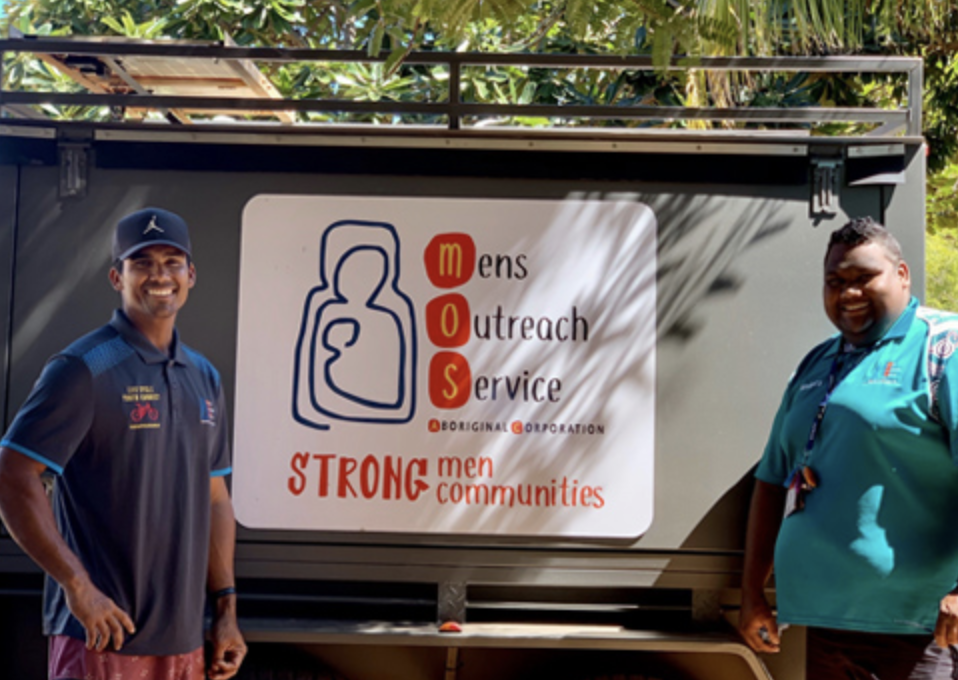 One program is called ‘Be The Best You Can Be (Mad Bastards)'.

Developed in partnership with the WA Primary Health Alliance. As part of the workshop offered, participants watch the film 2011 Mad Bastards

- about a man on a quest to find a son he’s never known, which was selected for the Sundance Film Festival.

The viewing stimulates conversation about parenting, violence, identity and culture and activities to follow up on after the workshop as well as training opportunities for participants to become program facilitators.

Dating back to 1999, MOSAC’s vision is Strong men, Strong communities.

“The vision recognizes the important role men play in creating safe, secure and healthy families and communities. Strong men means men who have their social and cultural needs, their emotional needs and their health needs adequately managed and supported.”