Menslink has mentored thousands of you men and families through tough times. Last week, its CEO Martin Fisk was recognised in the Australia Day honours with a Medal of the Order of Australia (OAM) for service to the community.

Martin told ABC breakfast radio Canberra’s Lish Fejer he was “but one person in the whole Menslink community.”

He said it was amazing to have had an opportunity to work for Menslink 11 years ago and that he was taught from an early age to help other people.

Menslink started out as a young men’s support network and was founded by Richard Shanahan in 2002 to meet the increasing needs of young men and their families in the community. The organisation provides short-term counselling and long-term mentoring, as well as educational sessions in schools and other community groups. 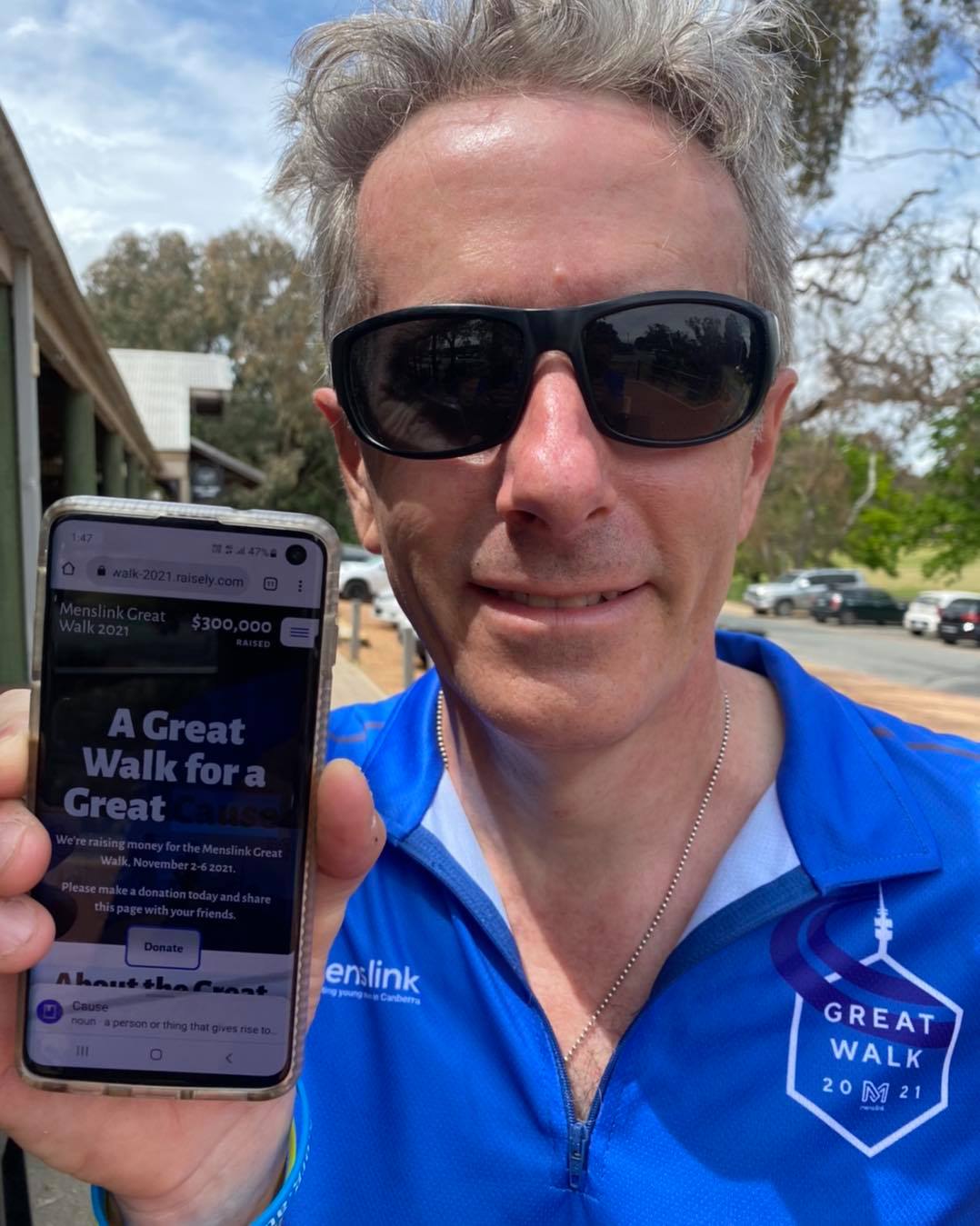 “One of the biggest beneficiaries of our work are single mums,” Martin said. “70-90% of young guys we help are from single-mum families who just need that little bit of extra support and we’re able to come in and provide some free support for their young fellow.”

“To get those mums come through and say, ‘wow, you have not only changed the life and the trajectory of my young son, but you’ve changed the whole family.’ That’s why we all do what we do, to really be able to have that impact. Today on families and on future generations.”

Martin told Lish that Menslink had survived on the support of volunteers and business. “More than half of our financial support comes from the Canberra business community,” he said.

Martin said Menslink was always on the lookout for local adult males who may have been through tough times themselves, and who just wanted to give back. They could make a huge difference by giving an hour or two of their time over a fortnight.  “It’s a life-changing commitment for the young man and the mentor,” he said.

FIND OUT MORE ABOUT VOLUNTEERING WITH MENSLINK