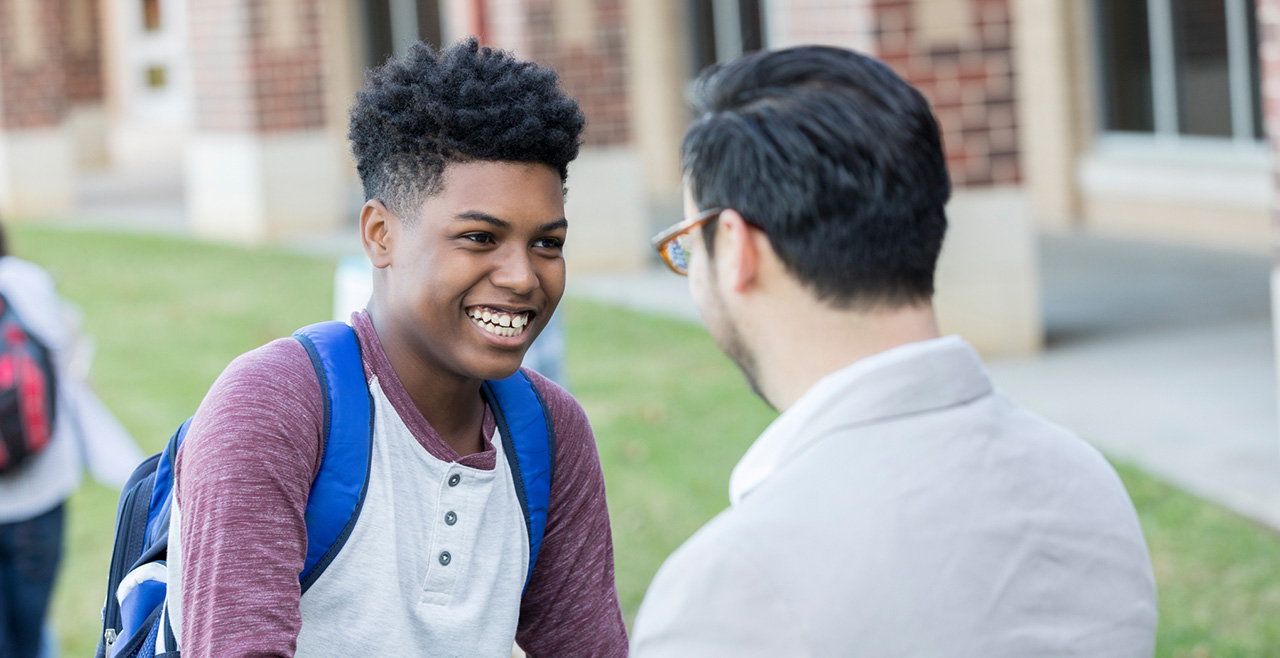 Twelve hundred dollars is all it costs to transform a young man’s life and improve his satisfaction level on a long-term basis, according to research by Menslink.

The Canberra charity, which has been delivering support services to young men in the ACT for over 15 years, has undertaken a long-term evaluation of the impact of its work with boys and young men.

The research confirmed that Menslink’s unique combination of counselling, mentoring and outreach work, which places a strong focus on practical life skills, is having a long-lasting, positive impact on men’s health and wellbeing.

“We show a young man how to be comfortable looking people in the eye and shaking hands, how to manage face-to-face relationships, how to talk to an adult in authority,” explained CEO Martin Fisk. “We teach young men how to control anger. They learn how to engage in the relationships they need to sustain effective and productive lives.”

The mentoring program was affirmed recently by independent research undertaken by the University of Canberra’s Centre for Applied Psychology, which showed that not one participant had returned to their previous problematic behaviour up to 10 years after leaving the program.

“We heard their stories. We spoke to carers, we spoke to young men themselves,” said Dr Neill. “We asked them to rate themselves on their life satisfaction and their relationship satisfaction at the time they engaged with Menslink, where they were at the end of engaging with Menslink and where they’re at now … between six months and 10 years down the track.

Fisk was “blown away”.

“We knew we’d have an impact while they were seeing us, but we thought realistically that impact would deteriorate over time and the best we could hope for was that it would plateau,” he told ABC Radio’s Adam Shirley.

“What surprised us is that the improvement continued after they’d seen us and the study showed us that was on average two-and-a-half years.”

Dr Neill said Menslink’s “low-key approach” was a key reason for its success.

“It’s more like having a conversation with a mate. There’s not the stigma associated with going to a school counsellor or a psychologist.” And critically, Menslink offers immediate help rather than waiting weeks or months for a professional appointment.

The range of problems presented by participants manifested as low self-esteem and low self-confidence, but on a deeper level they sprang from experiences of bullying at school, learning difficulties, feeling socially isolated and disconnected from peers, and - in most cases - coming from families where there wasn’t a lot of support.

Fisk said Menslink didn’t rely on a medical model, but aimed to set males up with skills they could use throughout life, such as a four-step anger management program.

“Our demand is going up 30 per cent each year, particularly with the 10 to 12 years olds that we’ve only just started looking after.

“I want to put Menslink out of business but we really are getting flooded with demand.”

Fisk said 1200 dollars was a small investment in a young man, and hoped that government, donors and sponsors would continue to show support.

“That’s all it costs for us, on average, to take a young man from that 3 out of 10 life satisfaction. That’s very low. And taking that young man through a period of support, then letting him go.

A large proportion of men with depressive symptoms sampled by the latest Ten to Men longitudinal study did not access a relevant mental health service or prescription.
02 December 2022