If men can’t, won’t or don’t see a doctor, nurse or medical practitioner for the multiple reasons that may hold them back, a purpose built caravan is covering many kilometres in remote and rural NSW to make sure health specialists can see them.

Mherv, short for the Men’s Health Education Rural Van, is set up to be discovered - and utilised - along the pathways frequented by men and to provide free health checks.

Its male-friendly and far-reaching scope has seen the MHERV initiative shortlisted for an AMHF 2019 Men’s Health Award (NSW).

Run out of Rotary district 9670, the set-up includes a van, a ute to pull it and a male nurse (currently Rob Woolley) to drive it and perform the checks.

An operations centre run by Barry Knowles and Adrian Payne from Warners Bay Rotary sets the travel schedule, engages local rotary clubs and (sometimes) men’s sheds to assist at each location the van visits, and provide promotion and administration support.

Other sponsorship has paid for additional costs, such as the Royal Freemason Benevolent Society (RFBI), which has covered the nurse’s salary and expenses since the project began in August 2017.

“The checks we do take just a few minutes,” says Barry.

“Blood pressure, cholesterol, blood sugar level, and Body Mass Index (BMI). Rob also spends time explaining the results, the health risks they indicate, and the importance of seeing a doctor on a regular basis. He gives out sheets with simple explanations as appropriate. This is information, which many men seem unaware of or have not seen as important or relevant to them.” 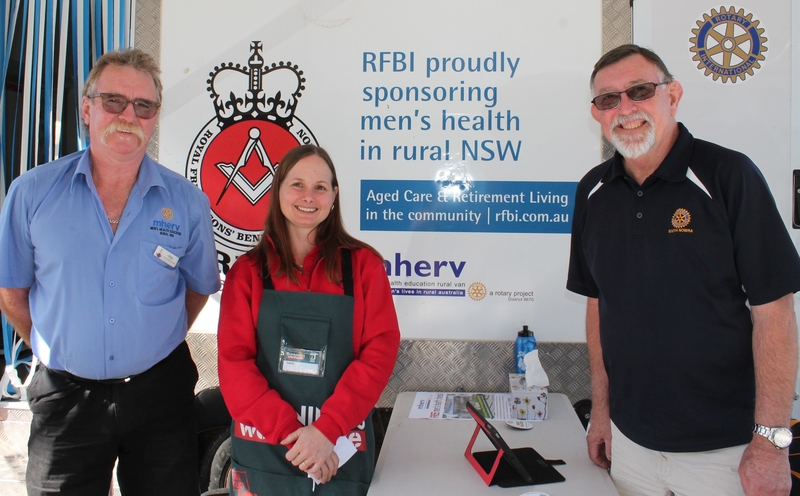 Each stop is two days on average, with each third day allowed for travel and set-up, plus a rest day here and there for the nurse.

“Up until Easter this year we have visited 118 towns (including some visited twice),” reports Bob. “We have seen and checked 4,880 people (nearly all men).”

Each check is categorised: 1 (indicators look OK, but see your GP for a general medical assessment), 2 (see your doctor, the tests have indicated a condition which may require treatment), 3 (see your doctor IMMEDIATELY, the tests show you have a serious health risk).

“Wherever possible our nurse follows up the cat 3 men to ensure they have indeed seen a doctor or booked an appointment. This implies that 137 lives may have been saved by Mherv, and maybe more from the category 2 list.” 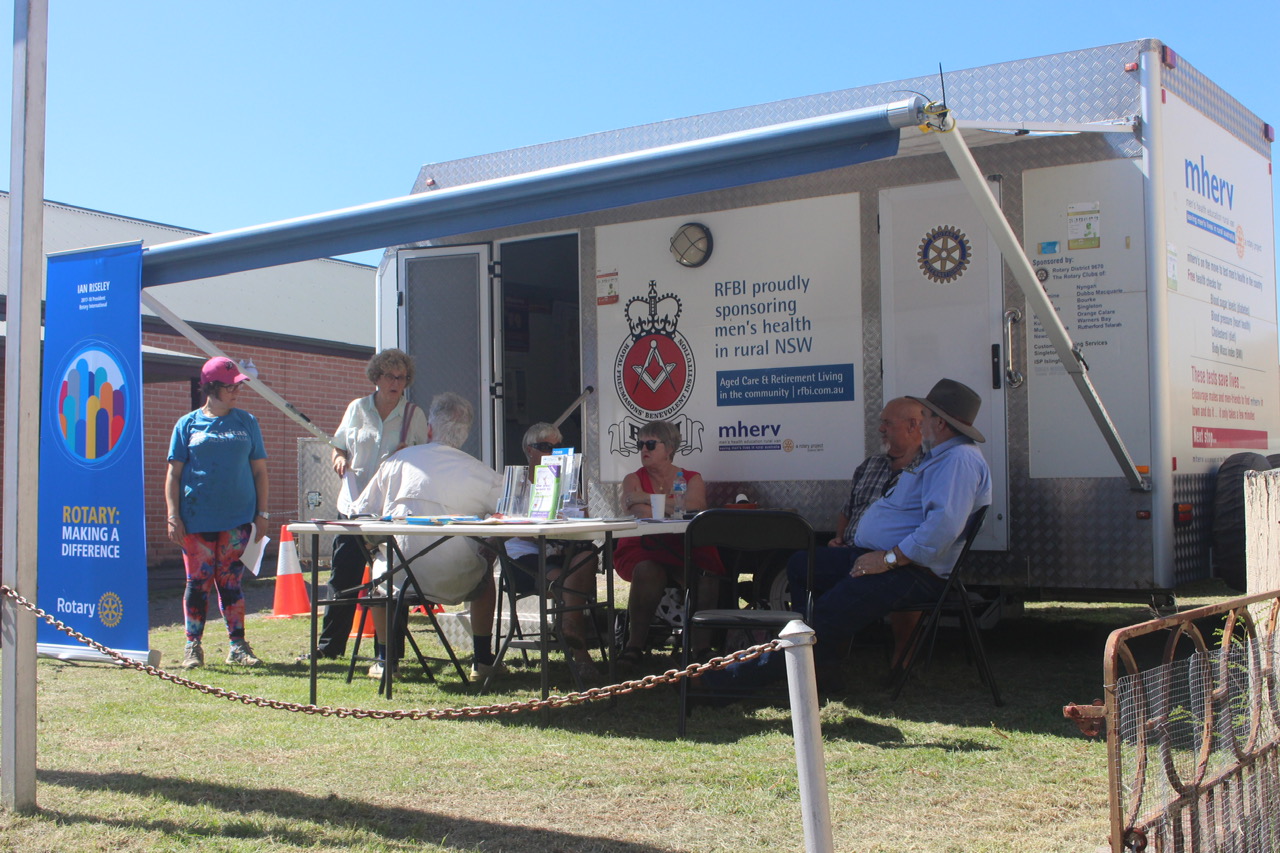 Setting up in Dungog, NSW

“Experience has shown that men will present for mherv tests, when they don’t make the effort to see their GP for regular checkups. There is no doubt that men’s lives have been saved by having an opportunity to get a free health check locally. Rural doctor shortages often mean lengthy periods in a waiting room... just one point of resistance to having a regular checkup. We think that by raising the issue of men’s health in the local media, the women-folk are becoming involved and are encouraging their men to get a checkup.”

The report also noted that some country shows and field days were missed because of the difficulty to schedule everything in.

So a ‘mherv-in-a-box’ toolkit was developed that contains all that is needed to conduct a mherv screening, except the caravan and the nurse.

Rotary clubs able to source a caravan and a community nurse locally can run a mherv screening at their local country show.