The Australian Institute Of Health and Welfare (AIHW) has published its latest reports on the health of Australian males and females. The reports confirm that men die younger than women, experience a greater burden of disease and are more likely to die from potentially avoidable causes.

Here we present 10 surprising facts about men's health drawn from the AIHW's research. Copies to the full reports are provided at the bottom of the page.

3: MEN AND BOYS EXPERIENCE A GREATER BURDEN OF DISEASE

The “burden of disease” is a measure that quantifies the health impact of disease on a population in a given year—both from dying early and from living with disease and injury. In 2011, males experienced a greater share of the total disease burden (54%) than females. 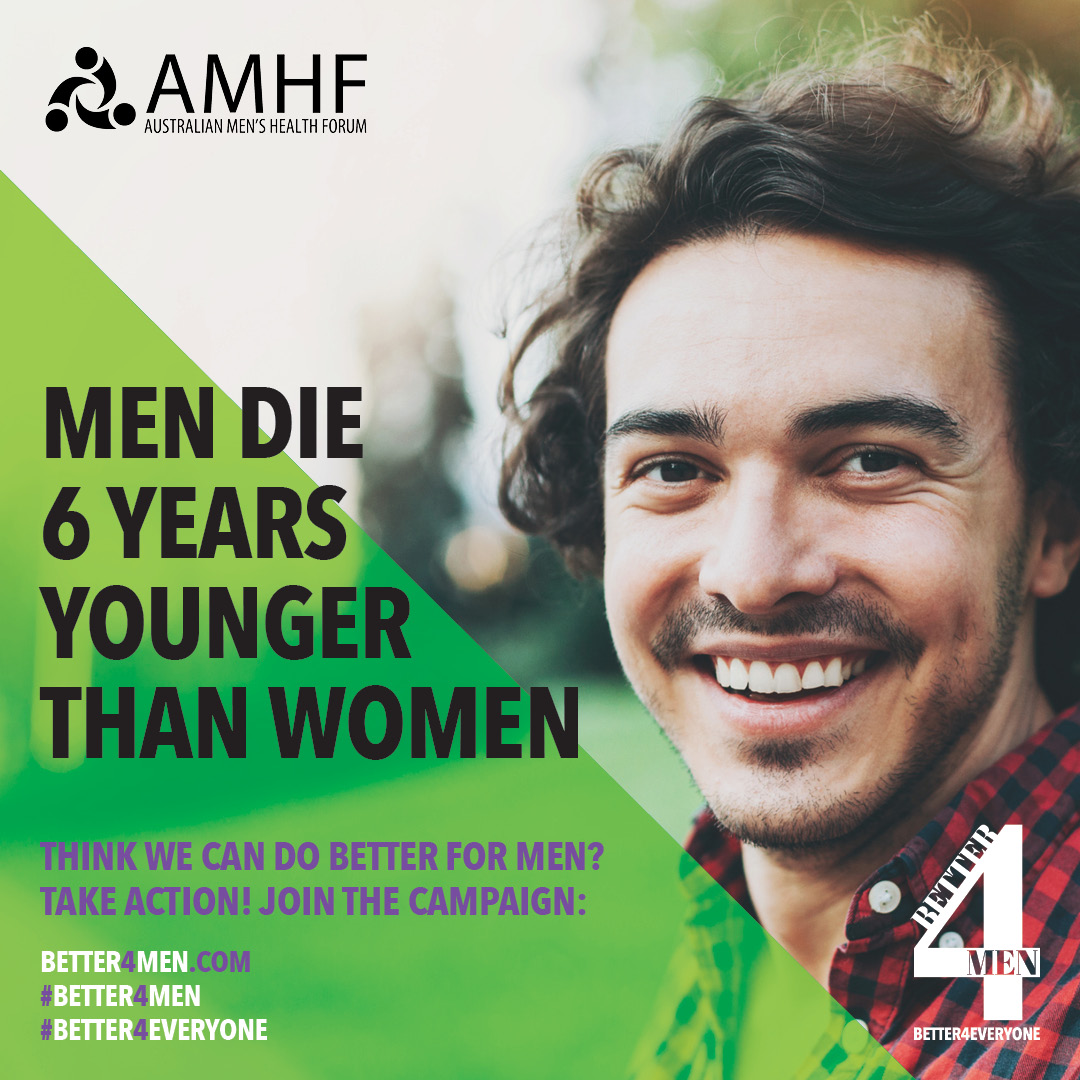 Find out more about Creating a Healthier Future for Men and Boys.

4: THE RATE OF DEATH BY HEART DISEASE IS NEARLY TWICE AS HIGH IN MEN

5: THE RATE OF DEATH BY LUNG CANCER IS NEARLY TWICE AS HIGH IN MEN

In 2017, it is estimated males will account for 54% of all new cancer cases (72,169 cases). The risk for Australian males (and females) being diagnosed with cancer before their 85th birthday is one in two.

The most common cancer diagnosis in males is prostate cancer, followed by bowel cancer, skin cancer and lung cancer. When compared with female cancer:

6: 2 IN 5 MEN EXPERIENCE VIOLENCE IN ADULTHOOD

Exposure to violence is a known risk factor that may increase the likelihood of poor health.  Men are more likely than women to be exposed to violence. More than 1 in 3 Australian women and more than 2 in 5 men have experienced violence since they turned 15.

In 2016, for men and women aged 18 or over: 31% of women and 41% of men who had experienced physical violence say they have experienced violence since the age of 15. 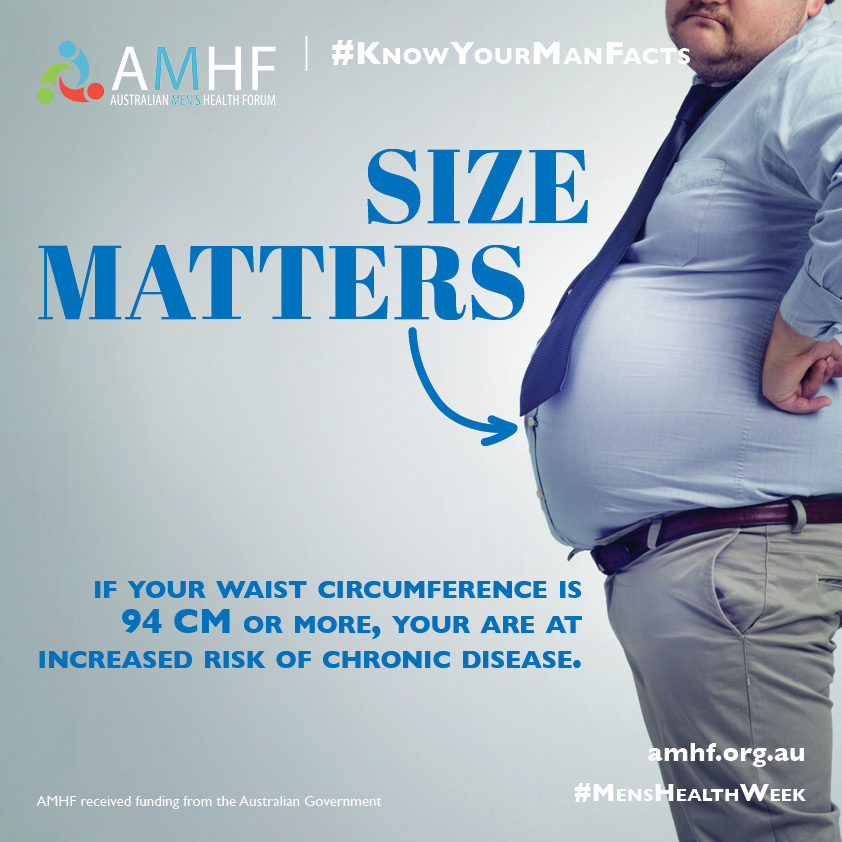 According to the AIHW National Drug Strategy Household Survey, one in four men (24%) are lifetime risky drinkers compared with one in 10 women (10%).

Excessive alcohol consumption is a major risk factor for a variety of health problems, including liver and heart conditions, and poor mental health. It also contributes to accident and injury, such as motor vehicle accidents, physical violence and homicide.

10: 1 IN 2 MEN HAVE EXPERIENCED A MENTAL HEALTH PROBLEM