A powerful new video about Aboriginal and Torres Strait Islander fathers is the centrepiece of a new online course that breaks down dominant stereotypes and supports First Nations dads.

The 'Rebuilding our shields: Sharing the stories of deadly dads' course was co-created by Darwin Indigenous Men’s Service and Emerging Minds Australia, and draws on the rich narratives of Aboriginal and Torres Strait Islander men.

“I want to be able to provide for my kids and my family, remain strong and it’s hard when you’re out there fighting for your rights, fighting to be heard and that sort of stuff,” says Harley Hall of Aboriginal Art Designs, who also collaborated on the project. “Having the world stereotype us is hard. I’ve never been valued going through the system.”

“What do you base your parenting skills on?” asks Lou Turner, a descendant of Stolen Generation survivors.

“It’s about disempowerment, it’s about what was taken away from Aboriginal men and I don’t want to imagine what our men experienced in the early stages and the impacts of colonisation.

“It’s about finding that place again, it’s about restoring harmony to relationships within family and within society.”

Many men were interviewed for the documentary, filled with beautiful scenes of the men playing with their children and showing them how to thrive in nature. 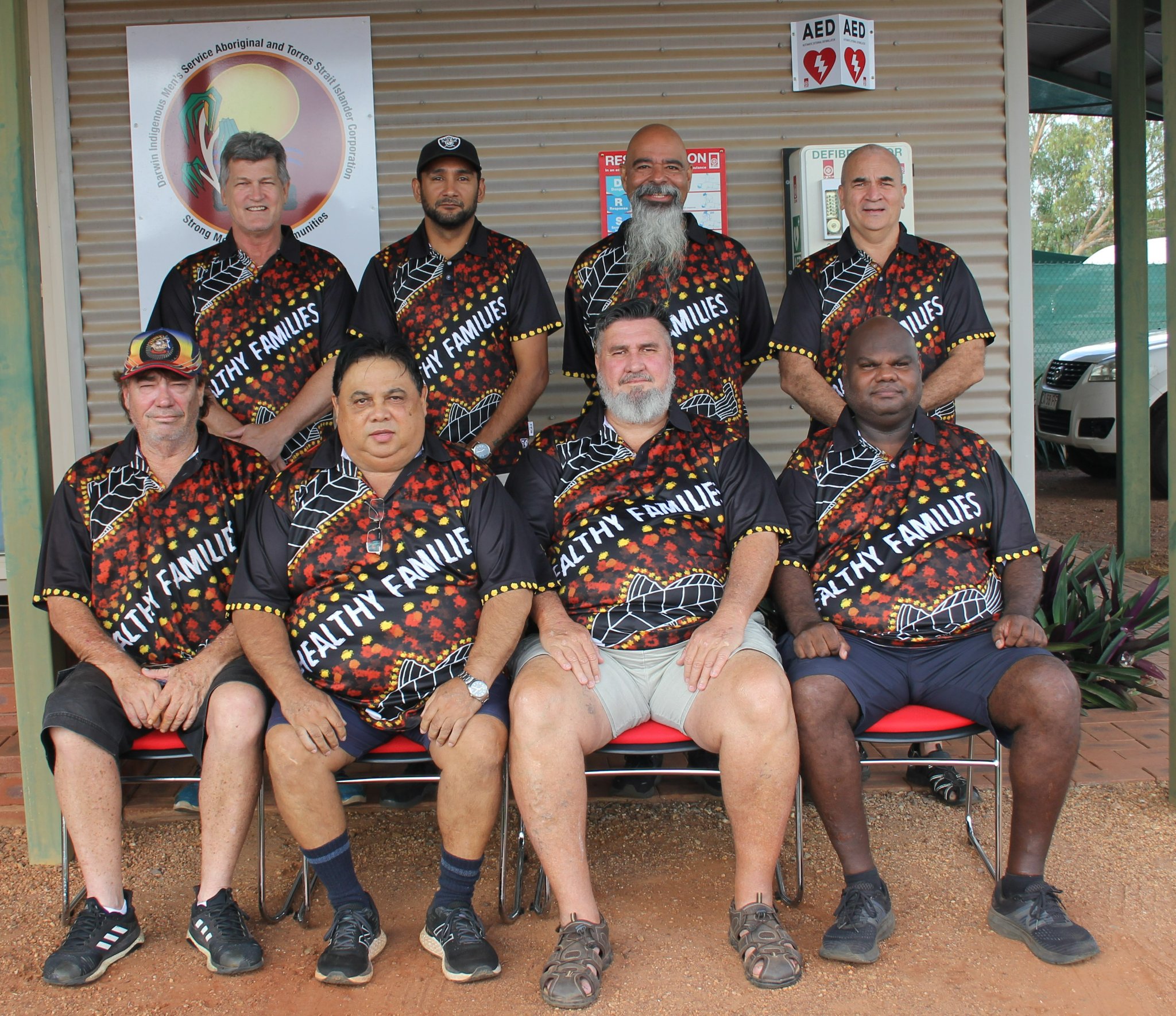 The team from the Darwin Indigenous Men's Service

Says Steven Torres-Carne, born and bred in Darwin and a leader in the Darwin Indigenous Men’s Service, “there’s a massive need out there for men’s groups, men’s programs, men’s healing programs, especially among indigenous men.

“Our men are overrepresented in prisons, the justice system, health and wellbeing statistics.”

He says being a good father for him is about being a good, strong role model, and showing his kids that he loves them and cares for them.

“When things do get challenging, men have got to have time out, too. Don’t let yourself get overwhelmed if you are under stress.  Go for a walk, go fishing, catch up with friends for a cup of tea.”

Trevor Harradine says the biggest challenge is to find the right supports, but having the right uncles and the right brothers goes a long way.

“Culture is a very strong thing emotionally, mentally and physically.”

“I don’t let anything affect me, not even sadness,” says Joel Isaac from near Broome. “The past is the past. The past is the one that can strangle you. Look forward.”

The 'Rebuilding our shields: Sharing the stories of deadly dads' online course recognises that Aboriginal and Torres Strait Islander fathers have been negatively impacted by colonisation, and a disharmony between traditional cultural roles and those of fathers in contemporary Australia.

“This course breaks down dominant stereotypes and supports First Nations fathers as they walk two paths; one that honours traditional parenting roles and a second that reflects the parenting expectations of contemporary Australia.”

To find out more about the course log in or register on the Emerging Minds website today. https://bit.ly/3AZr77b