Aussie Rules Football begins this week, and the Round 2 match between St Kilda and Melbourne at Marvel Stadium on March 27 will pay tribute to the late Danny ‘Spud’ Frawley with a fund-raiser in support of mental health programs.

Frawley died in September 2019 and St Kilda is honouring its former captain by raising awareness around mental health prevention, dubbing the match ‘Spud’s Game: Time 2 Talk’ and highlighting the importance of developing mateship and connection to tackle mental illness.

Frawley was an advocate for men’s mental health and wanted to de-stigmatise blokes speaking up and showing vulnerability.

His wife, Anita, said Danny experienced bouts of depression after he finished a coaching role with Richmond in 2004.

He also suffered multiple concussions throughout his 240-game career with St Kilda and developed CTE (chronic traumatic encephalopathy), diagnosed after his death in a car accident a day after turning 56.

“Danny would be so proud to have a mental health game in his honour. He spoke so openly about his struggles in the hope that he could encourage others to do the same. To have St Kilda Football Club continue his legacy by encouraging this vulnerability is extremely powerful,” Anita Frawley said. 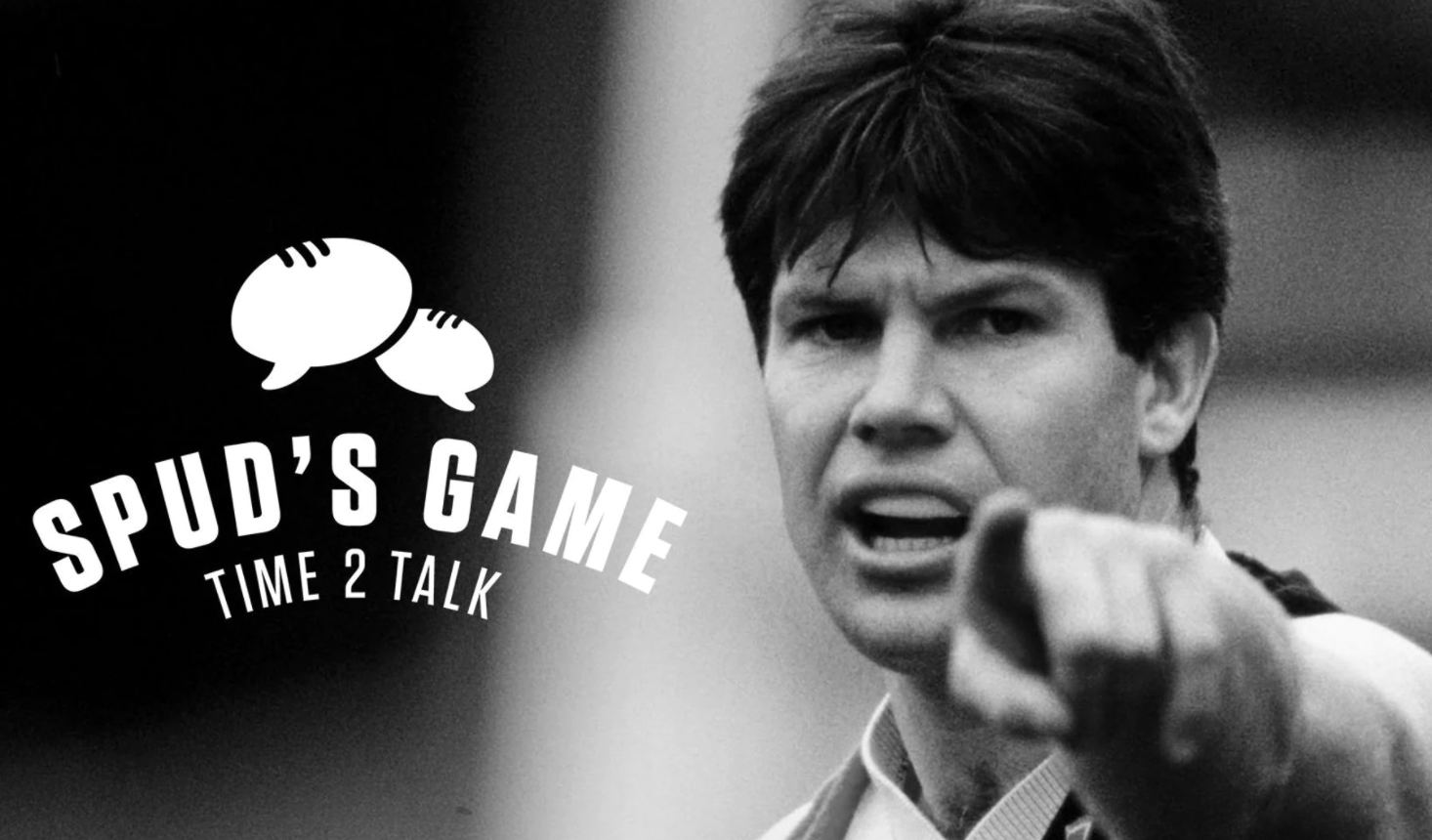 “We hope that this match not only raises funds for community-based mental health prevention and intervention programs, but it raises the importance of mental health awareness within the industry as a whole, because it’s time to talk.”

As part of the Saints’ initiative, a series of videos will be released featuring Spud’s closest family and friends talking about his legacy and the importance of opening up.

Funds raised on March 27 will support the Danny Frawley Centre for Health and Wellbeing and Movember’s Ahead of the Game, a relatively new program that better equips adolescent boys to deal with mental health challenges on and off the field.

AOFG was developed by University of Wollongong researchers and is being rolled out in countries around the world. Last year, Movember worked with youth suicide prevention organisation ALIVE to adapt the face-to-face program into a COVID-safe format, delivering it locally in partnership with Queensland Rugby League.

Ahead of the Game is a two-hour training course that can be adapted to all sporting codes.

Initial results from the University’s pilot showed the program resulted in a marked increase in wellbeing and resilience among teens.

FIND OUT MORE: Read ‘Movember Ahead of the Game’ – The program giving young athletes the tools to put mind over matter.