Writing in the Tasmanian Mercury, Bedloe expresses his disappointment at the Government’s recent announcement to allocate $64m for suicide prevention.

It is, he writes, ‘a missed opportunity’ and that the Government’s goal of zero suicide will never be met until there is a focus on male suicide, noting that six of the eight people who die by suicide in Australia each day are men.

“The Federal Government is responding with a welcome change in the focus of suicide prevention away from medical models towards approaches that are informed by people’s lived experience,” says Bedloe, who is executive officer of Men’s Resources Tasmania, a not-for-profit organisation that promotes and supports the well-being of Tasmanian men and boys.

“However, the funding announced last week primarily targets postvention services, which have a focus on supporting people who have attempted suicide, or have been affected by the suicide of someone close to them.”

According to analysis by AMHF, most of these are women.

“If we’re serious about suicide prevention, we need to engage men when they are experiencing these challenging life circumstances, before a suicide attempt happens, because most male suicides occur at the first attempt.” 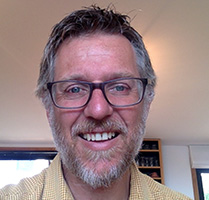 Bedloe says the National Suicide Prevention Trial, led by Primary Health Networks (PHNs) and running over a four-year period that ends in 2020, is a good initiative and his organisation is seeking partnerships and funding to connect with men across Tasmania “to better understand their needs and the supports that would meet those needs”.

Jonathan Bedloe stepped down as president of the Australian Men’s Health Forum last year and was replaced by Greg Millan.

Read: Tell yourself what you’d tell a mate (AMHF)