A new webinar this week from Global Action on Men’s Health has underlined the gap in addressing cancer in men at policy level and highlighted the need for more targeted approaches to driving greater awareness about cancer among men.

‘Men and Cancer: Saving Lives, Reducing Suffering’ (GAMH 10 October 2022) stated that a greater number of incidences and cancer mortality occurred in men globally, with an overall 19 million cases reported in 2020 and 10 million deaths.

View: GLOBOCAN Estimates of Incidence and Mortality Worldwide for 36 Cancers in 185 Countries

The *age-standardised mortality rate was 121 male and 84 female.

Of the male deaths, 21.5% were attributed to lung cancer, 10.5% liver, 9.3% colorectum, 9.1% stomach and 6.8% prostate, however prostate cancer was the most frequently diagnosed cancer in 112 countries followed by lung (36 countries) and colorectal cancer and liver cancer (11 countries).

With this in mind, the GAMH webinar – chaired by Dr Anthony Brown, looked at ways cancer outcomes in men could be improved.

Dr Mohamad ‘Mo’ Saab, lecturer and director of graduate studies at the School of Nursing and Midwifery, University College Cork, had successfully trialled a virtual reality game to engage younger men in understanding their testes and what changes to look for, as testicular cancer was the most commonly diagnosed cancer in males between 15 and 35 years.

The VR game used walnuts to show men what to look for and took 8.5 minutes to complete. He said strategies were needed that were positively worded, used light language, were visually stimulating, brief and delivered with frequency. 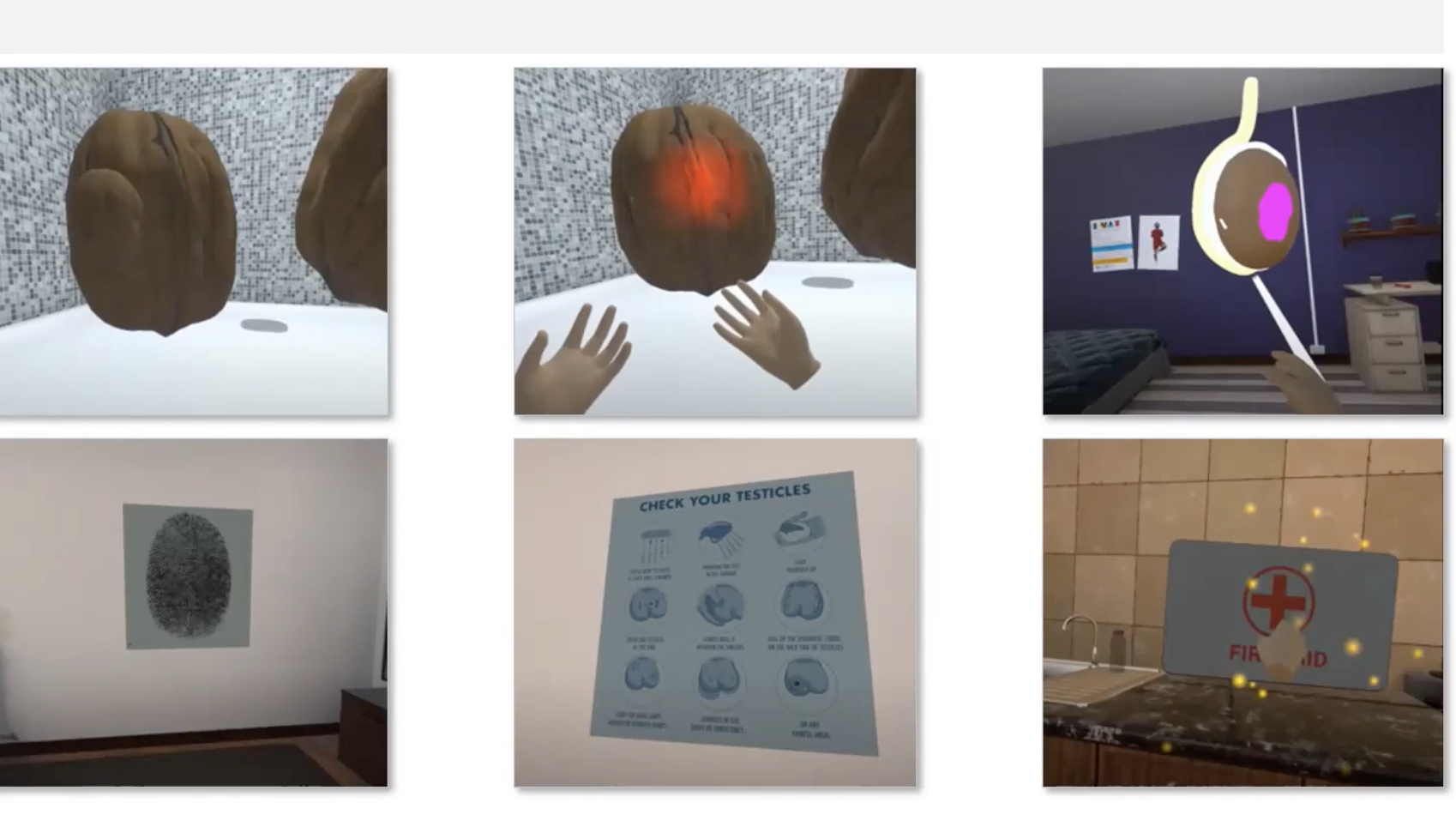 “No scare-mongering, no scare tactics,” he said.

Similarly with lung cancer, where the survival rate was low and typically diagnosed between men aged 55-74 at advanced stages, a study of men in Dublin and Carlow aged 50+ and with one lung cancer risk factor, revealed the men “did not think there was enough information out there.” They also wanted campaigns and information delivered with frequency by government and worded positively.

“They wanted something to shock the people but not scare them,” Dr Saab reported, adding that there was no lung cancer screening in Ireland.

Richard Price, Head of Policy at the European Cancer Organisation, told the webinar that the excess burden of cancer in men must be addressed “as part of the effort to address inequalities in cancer outcomes.”

“A male-targeted approach can help to change men’s health behaviours and improve their use of services,” he said.

“In prostate cancer specifically, we can improve early detection through screening. There is a need for a new European Prostate Cancer initiative, modelled on the European Breast Cancer Initiative.”

Peter Baker, Director at GAMH, was instrumental in persuading the UK government to vaccinate boys against human papillomavirus or HPV between 2015-2020. HPV is a common sexually-transmitted infection acquired by 90% of sexually active people.

Between 20-40% of all HPV cancers were in men, however HPV disease could be prevented by vaccination, “ideally around the age of 11-13.”

However, the burden of vaccination had fallen on girls, while men were left unprotected.

“Leaving men at risk is unethical and discriminatory. Vaccinating protects everyone – and faster,” Mr Baker reported.

Mr Baker said around 100 countries have HPV vaccination programs, but boys were only vaccinated in 40% of programs. The World Health Organisation, “still sees vaccination about preventing cervical cancer.”

The HPV vaccination is available to both sexes in Australia.

GAMH has commissioned several reports to identify men’s cancer-related policy documents at a global and regional level, to see how they engage with men’s needs in relation to cancer and unearth case studies and positive examples of tackling cancer in men.

“There’s a lot of work to do but it’s good that the door is open,” Mr Price said.

*A weighted average of the age-specific mortality rates per 100 000 persons, where the weights are the proportions of persons in the corresponding age groups of the WHO standard population.