The state of men’s health in Tasmania is lagging behind women’s health, according to a new report to be published on Tuesday during Men’s Health Week (10 – 16 June 2019).

The Tasmania Men’s Health Report Card 2019 published by the Australian Men’s Health Forum (AMHF) highlights a number of areas of concern including the fact that men in TAS are dying 6.2 years younger than women on average.

AMHF, the national peak body for men’s health, is calling on the TAS Government to invest more time, money and resources into improving the lives and health of men and boys.

According to the report, which brings together the latest available data from a range of government sources:

The report also highlights some of the broader social issues that are known to impact men and boys’ health such as education, employment, finances and family life. According to the most recent Government data: 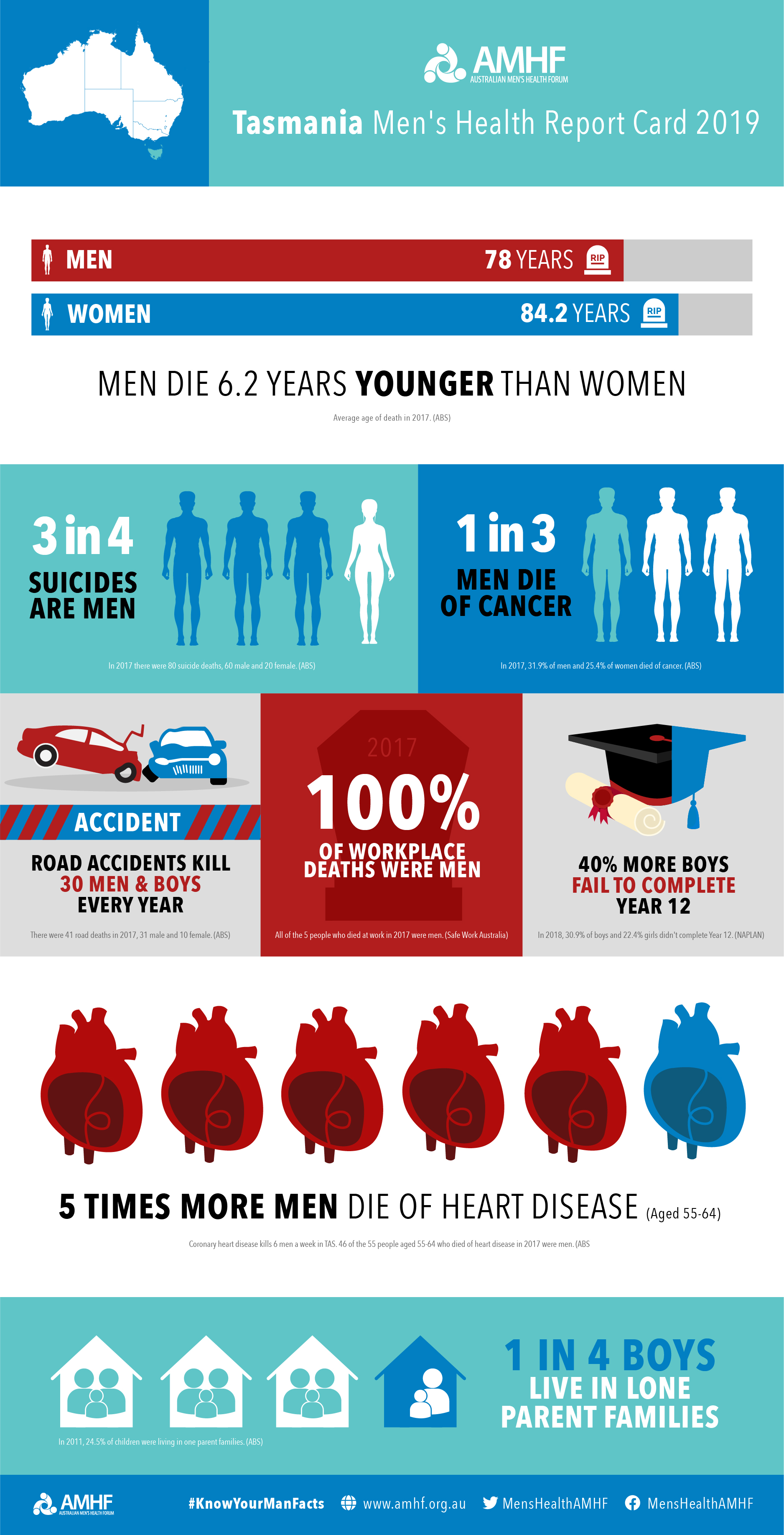 When compared with other states and territories, Tasmania was ranked in 7th place for men’s health ahead of the Northern Territory (8th) and behind the ACT (1st), Victoria (2nd), New South Wales (3rd), South Australia (4th), Western Australia (5th), Queensland (6th), Tasmania (7th)

“The National Men’s Health Strategy calls on governments at all levels to address the unique needs of men and boys through their policies, programs and services. To date, just two States have developed a men’s health strategy and most government initiatives to improve our physical and mental health aren’t specifically targeted at men and boys.

“The statistics uncovered in our report on the current state of male health in Tasmania demonstrate that there is much work still to do. It’s time for the TAS Government to take better care of men and boys’ health by developing a statewide men’s health policy.”