The Guts, Grit and the Grind of men’s book publishing

Continuing the male-friendly approach of connecting with men in their own language, a new book on men’s mental health has hit the bookstores called ‘Guts, Grit & Grind: A Mental Mechanics Manual.’

Written by Sally Spencer-Thomas, Sarah W.Gaer and Frank King, the Manual is described as being like a ‘Chicken Soup for the Man’s Soul.”

Between its covers, men share how they overcame experiences like depression, anxiety, addiction, trauma and more, and how they reclaimed a passion for living.

The book is also a tool for people working with men and laid out like a car manual using mechanics metaphors.

This is a similar tactic to the male-friendly language adopted by Men’s Sheds and its ‘Spanner in the Works’ Health Promotion toolkit, which encourages men to be proactive in managing their health and wellbeing.

Author Gaer is a suicide prevention specialist, King a professional speaker and Spencer-Thomas is a psychologist and president of United Suicide Survivor International.

“The men’s stories are incredibly inspiring,” said Gaer. “They overcome incredible emotional hardship and share their lessons learned to help other men." 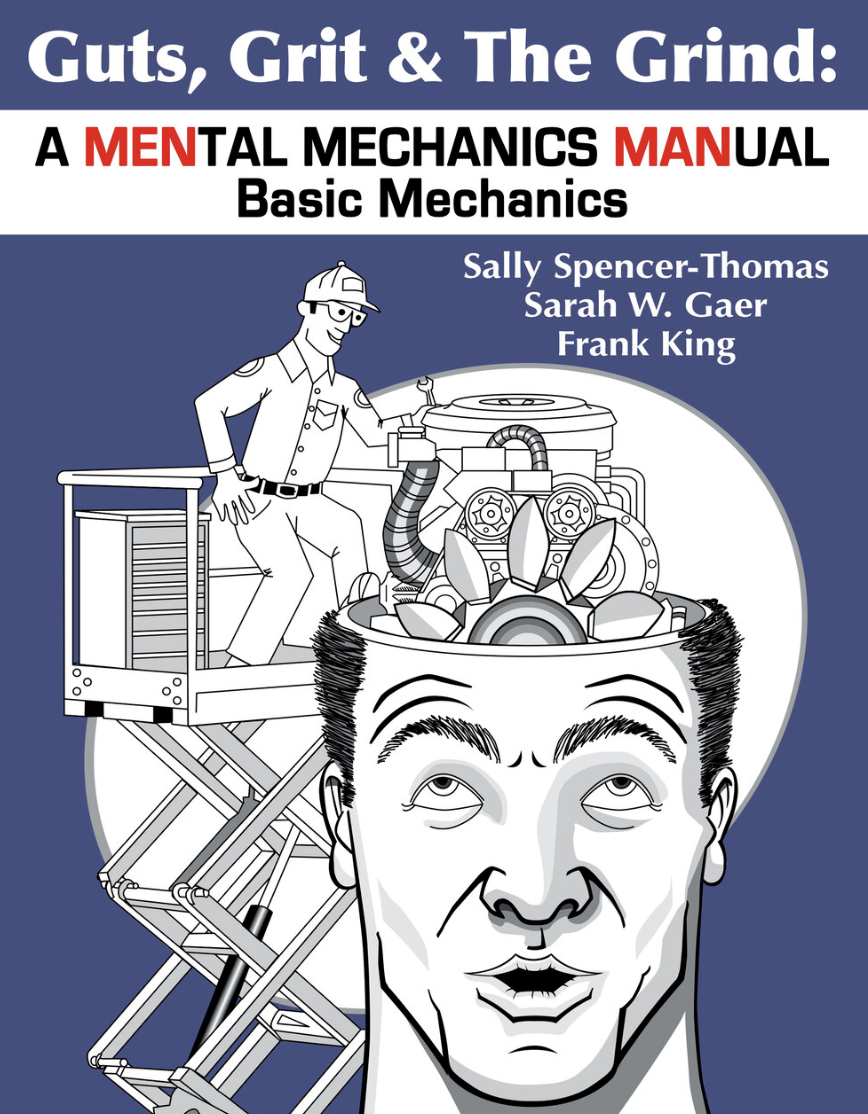 Three more series of the Manual are in the pipeline with the first out now covering ‘Preventative Maintenance’. Included are stories from a first-time father at 50, a man who lost a child to addiction and Mike’s Story - 'The Flip of a Switch; A Life Plan Derailed.’

Interspersed within the 179 pages is the toolbox and eight useful pieces of hardware rarely stocked on the shelves at Bunnings.

Book 2, (due out shortly) titled Advanced Preventative, explores tune ups with total wellness, friends who can refuel us, having a family as the pit crew and Zen motorcycle maintenance.

The third and fourth books in the series (released sometime in the US summer and autumn), are titled ‘Advanced Troubleshooting’ and ‘Breakdown, Repair and Overhaul’ respectively.

Guts, Grit and the Grind: A MENtal Mechanics MANual is available at Amazon for AUD$36.85.

View video excerpts from the book: