South Western Sydney Local Health District has released a powerful portrait of an Aboriginal men’s group running in Wellington, a city in the Central Western Slopes region of NSW.

Gooboora Men’s Group is run by Wiradjuri man Merv Taylor, who grew up on a mission and conquered his own demons and drug addiction to find stability and purpose through family life, “a nice paying job” and his on-going work with Aboriginal men’s groups.

“I believed there was a lot of healing and connection that could take place in a men’s group setting,” Merv says in the series “Living Library”.

Gooboora means 'The Silent Pool', the title of a poem by Aboriginal Australian political activist Oogeroo Noonuccal [Kath Walker], that shows the impact of colonialisation on First Nations people.

Merv says the Gooboora men’s group brings together those who have been affected by trauma over many years through job losses, dispossession of land and intergenerational trauma passed on from father to son, “whether that be through alcohol, poverty mentality, unemployment, diabetes or all of those.”

The men’s group empowers them to speak up in a safe environment.

“Aboriginal men have got a voice but they have been shut down for many years,” he says. “They’ve lost purpose, they’ve lost responsibility, they lost their lives because of unresolved issues, you know, systemic different government policy.”

“I’m trying to undo the work of that.”

In one circle gathering, the men are asked, “what does mental health mean to you?”

“Shame, stigma and identity are the three main factors for me that play a very big role in everything,” says another, younger participant.

Says Merv: “Mental health, mental wellbeing is about self-management. It’s about recognising what’s going on inside you. Is there pain? Is there anguish? Is there hurt? And being able to sit with that and kind of going, ‘that’s okay, I’m allowed to be like that. I’m not the first person and I won’t be the last. However, who are the people who are going to take me from where I’m at to where I need to be where there’s a place of content in this?’”

Men are further supported in dealing with their trauma through referrals to South West Sydney Local health District, which has a number of support services from drug and alcohol to mental health.

Some participants have even gone onto work at NSW Health, says Merv. 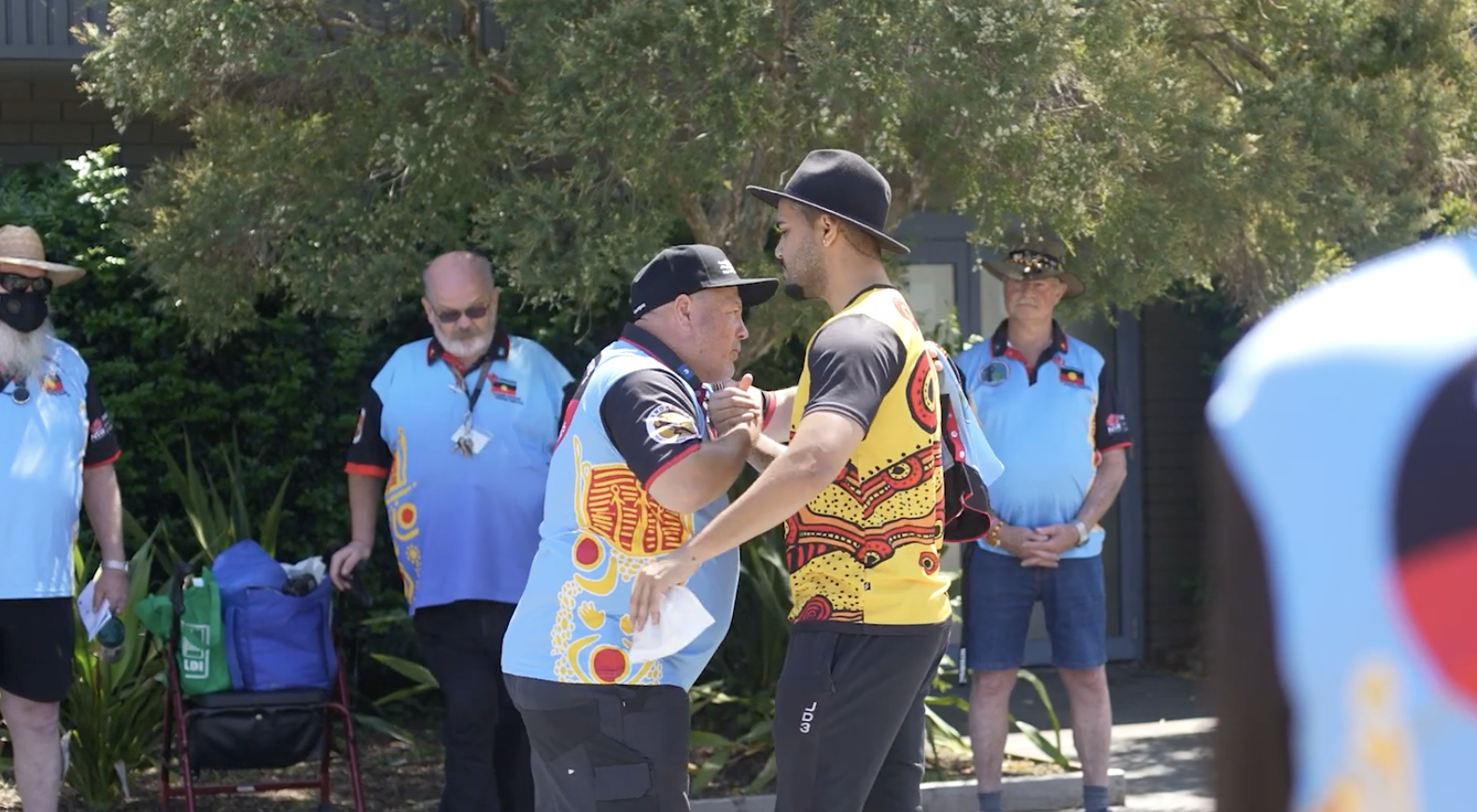 A scene from the video: Living Library: Aboriginal Men's Group

The Gooboora men visit other men’s groups and important cultural sites, like the beautiful rock carvings at Bundeena, where “We go and sit and just look at them and kind of time travel.”

They swim, have a game of cricket, play euchre. “Our men don’t realise the healing of painting, of keeping still, the effects of playing a ‘didg’ which can help regulate their emotions, their inner being,” says Merv.

Most importantly, they are heard. Merv references a quote attributed to the 26th US President, Theodore Roosevelt.

It’s Merv’s mission to listen closely to every man who attends the Gooboora Men’s Group.

“I want our men’s group to know that there is one individual on the planet that loves them, unconditionally.”