This Sunday, remember the blokes who died at work

This Sunday (28 April 2019) is both the World Day for Safety and Health at Work and Workers' Memorial Day.

In Australia it's an opportunity to reflect on the fact that men account for:

According to Safe Work Australia, the World Day for Safety and Health at Work promotes safety and health in the workplace and Worker’s Memorial Day honours those who have died from work-related injury or illness. This year's event also coincides with the 100th anniversary of the International Labour Organization.

According to the latest Government statistics, 190 workers were killed at work in 2017 and 176 of those workers were men; 14 were women. 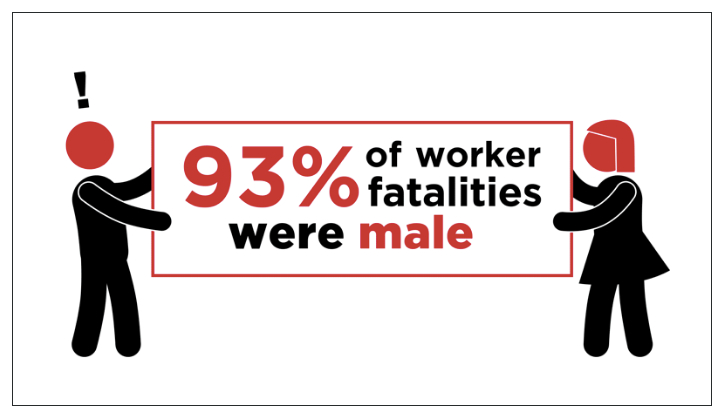 A number of memorial events for the men and women who have died at work are listed on the ACTU website with some of the State and Territory regulators promoting and supporting events.

The world of work has a major impact on everyone’s lives and health and can promote and prevent good health. For men in particular work is:

Research shows that while work can impact everyone’s health, the health risks and health benefits of work have a more profound impact on men. The reasons for this include the fact that men are more likely to be employed, work full time, be their household’s main earner and work in high risk environments.

Men spend nearly twice as many hours in paid work  as women, doubling their exposure to the risks and benefits of work.

Who's making a difference for men?

In terms of workplace fatalities, some campaigners believe that introducing Industrial Manslaughter laws is one of the key changes  needed to reduce the number of people who die at work every year.

More broadly, there are a number of organisations around Australia that focus on improving the lives and health of workers in male dominated industries. They include:

If you know of other projects working to improves men's health at work (including projects focused on male-dominated industries) please contact us at: [email protected].