Trademutt, a social enterprise workwear brand launched in 2018 by Daniel Allen and Edward Ross after losing a close mate to suicide, has been named winner of the Queensland Men’s Health Awards.

The Trademutt brand targets men and has been developed by tradies for tradies. According to their nomination in the AMHF Men’s Health Awards for 2019, “Trademutt have found a way to make talking about mental health fun, approachable, obvious and relatable…. women also wear the gear in support of the men they love, the men in their communities and the men in their workforce”.

In just over a year of trading, Trademutt has sold 6500 shirts and generated positive media coverage through its eye-catching initiative.

In February 2019, Dan and Ed launched the TIAC (this is a conversation starter) foundation with the aim of driving a cultural shift around mental health conversations and providing solutions for those seeking help. 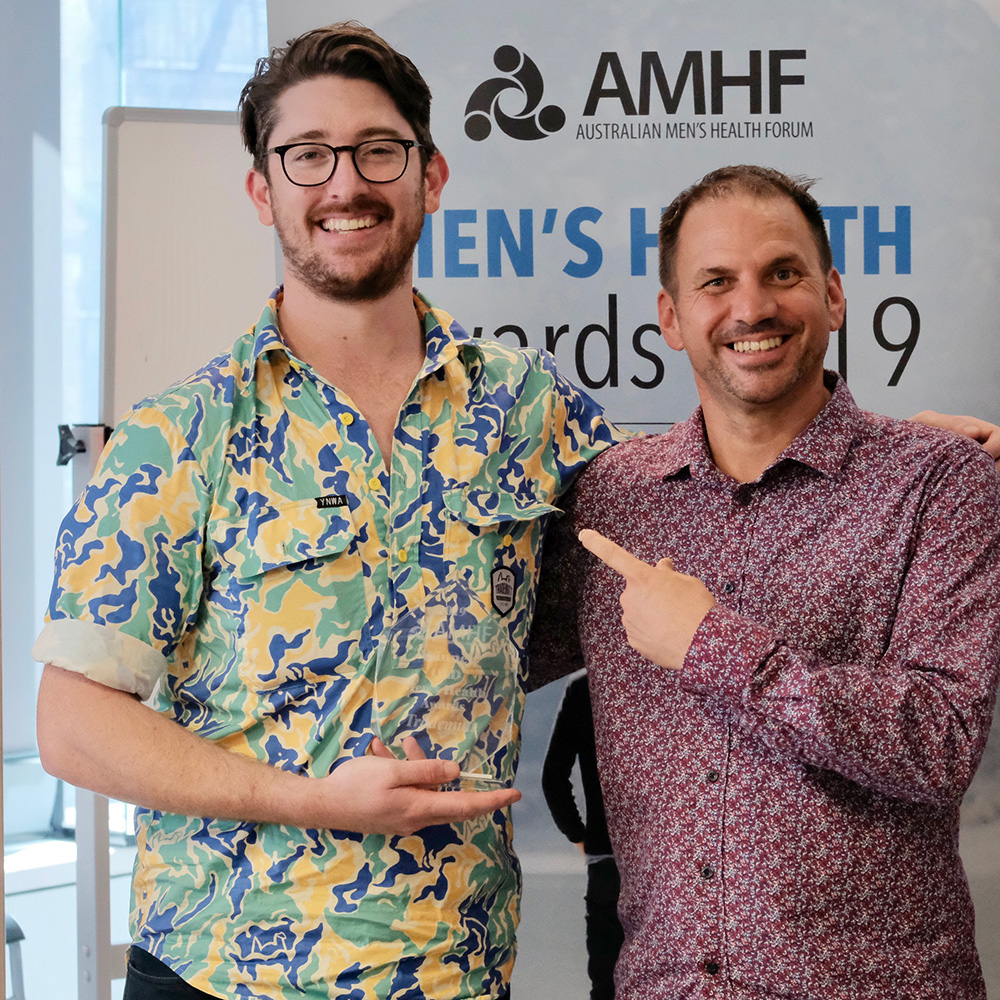 TIAC’s first initiative will provide access to psychological therapists, using technology such as smart phones and removing the physical and financial barriers to being able to access these services in Australia.

The Men's Health Awards are being announced during Men’s Health Week 10-16 June across Australia, with a focus on initiatives that are male-friendly in the interests of improving the health and lives of men and boys.

Queensland received many nominations for the Health Awards from which six were shortlisted including:

The Centre For Men Australia,  who address male isolation which they say can lead to self-harm and harm to others.

Blokepedia, which began life as a blog site in January 2017.  Since then it has evolved include events, programs, and workshops.

Circle Of Men, established in 2015 with the intention of tackling the loneliness and isolation experienced by frail and elderly men in aged care facilities around Brisbane and Redlands City.

New Endings Men’s Program, which provides health information and access to services that aim to empower Indigenous men towards better health and lifestyle choices. The service primarily works with Aborginal and Torres Strait Islander men who are transitioning from prison life to community life.

Are You Bogged Mate?, a mental health and suicide prevention program that aims to reduce rural male suicide by breaking down the stigma associated with seeking help and linking rural men to the available services.