The popularity of podcasts continues to grow with approximately 700,000 active podcasts and more than 29 million podcast episodes, a growth of 200,000 podcasts since 2018 according to Apple.

Among the most popular genres is health, with many polished offerings showing men how to get into business, build a bigger body or find a mentor.

Joining the men’s health market in April were two blokes who started the raw 'The Mouth of Manliness' as a way of dealing with their own mental health struggles.

Nick Hogden and his mate Brad Acton got together to help break “the destructive habit of silence" as a response to the high rates of male suicide in the UK, the biggest killer of men under 45.

"I have struggled with my mental health since I was nine and I have been up and down since then," said Hodgen, 43, a probation officer from Essex.

“This time last year I had a particularly bad spell, I was signed off work for quite a while and had a lot of therapy.

"I talked about everything, was really open and it helped me." 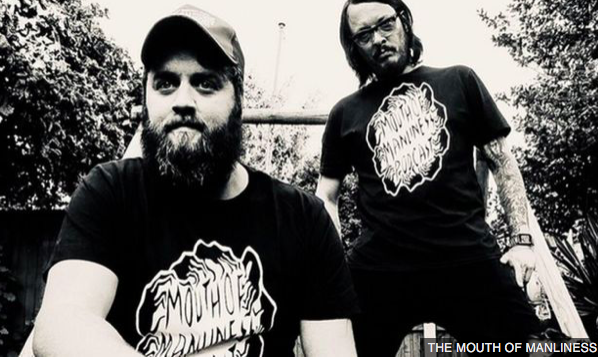 The podcast, on its nineteenth episode, runs for just under – or over- an hour.

“At the end of this hour, even if I’m crying or about to reveal the secret of the universe, we’re going to cut it off in an hour,” informs Brad during the prelude to episode one.

“When the alarm sounds it’s done, and that’s how every episode’s going to go.”

“It’s almost like you pay for an hour of therapy and they wind you down towards the end,” adds Nick Hogden. “We’re not going to wind down, we’re just going to stop.”

The podcasters aim to talk “completely honestly and openly about everything.”

Hogden says male suicide is getting worse with his generation and he’s on a mission to do something about it. “It’s scary as hell,” he said.

They don’t have a format for the show and will free-form depending on what is happening in their own personal lives, with guest appearances from counsellors and other health specialists.

The show will take live phone calls, read out emails and respond to listener contributions.