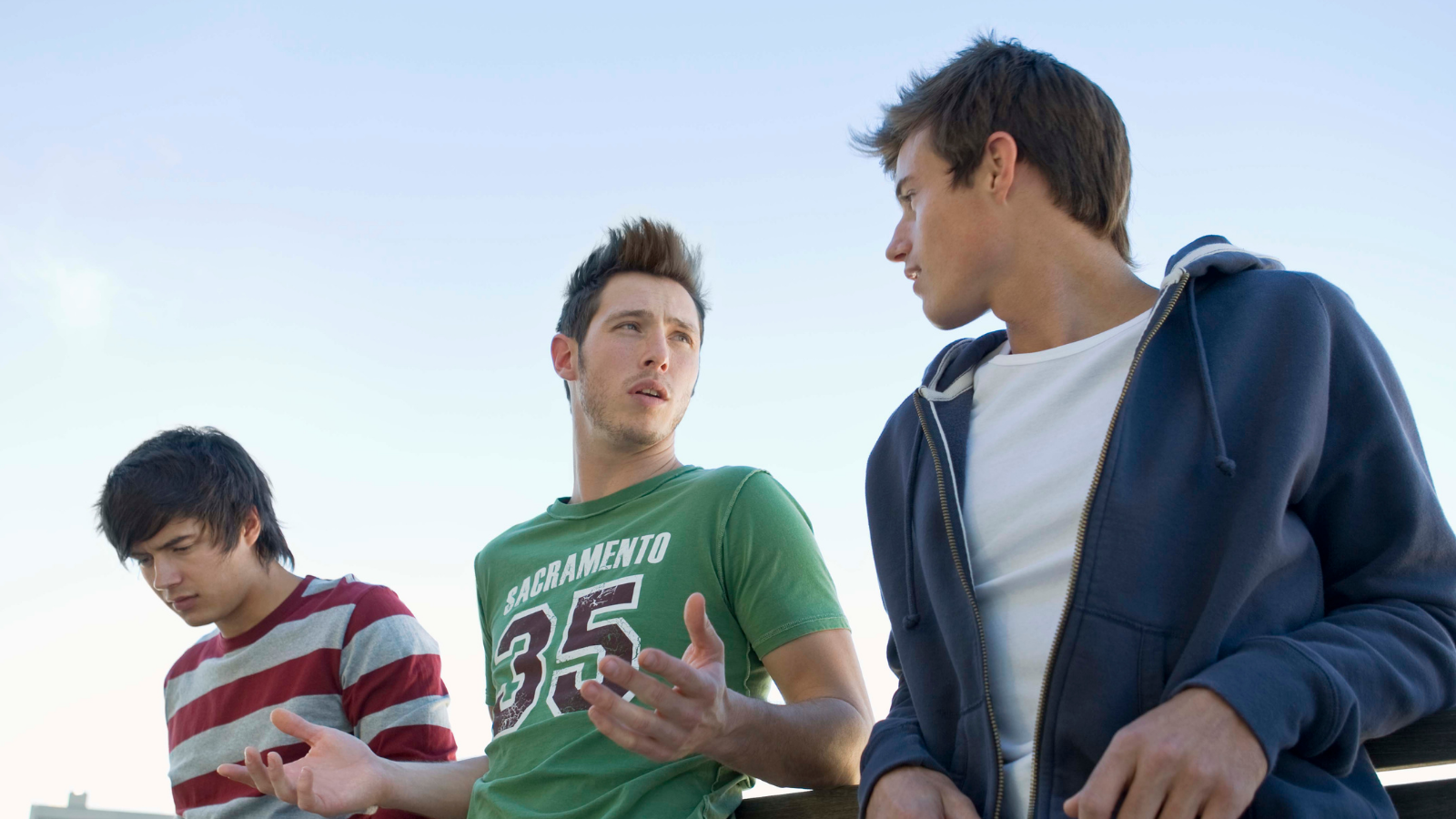 What needs to change in male suicide prevention?

In the first session titled, “The National Response to Suicide – Are Men a Priority?” clinical psychologist and director of Mental Health Programs at Movember, Dr Zac Seidler, vehemently made the point that many men do seek help when they feel rough.

Contrary to popular belief, men will talk but are being let down by a system that doesn’t understand how to engage them effectively.

Health practitioners need to “create a space where men can go, where they can feel held and understood, and where they can consider their own lives,” Dr Seidler said.

“If a man has a shit time in therapy, they are gone, they won’t come back. If we lose them, it ends catastrophically.”

Dr Seidler said it was a myth that suicide happened out of the blue and to this end, he was directing his energies to helping others engage guys in treatment, “What it should look like, how it should work. When someone comes through the door, we can keep them there.”

His program ‘Men in Mind’ aims to upskill therapists with the confidence to engage more effectively with male clients.

CEO of OzHelp Darren Black outlined the approach his organisation was taking in designing new ways to reach at-risk males, notably those in the trucking industry and men  living in rural and remote areas.

It was critical to  “provide a gap between those in need and those providing services,” he said, and to create a model that was sustainable with government and business support.

The key was to “take the time to listen and understand and engage with the community you are trying to serve,” in co-designing solutions.

Dr Bernadette Boss, a former coroner, has read 20 years of reports about mental health and suicide. She is now National Commissioner for Defence and Veteran Suicide Prevention.

Dr Boss said suicide was an issue that had been looked at by academics, the productivity commission and other groups with many recommendations accepted by government.

“It is unclear how many have been implemented,” she stated.

One hotspot was the lack of support during transition from the defence force to the wider community. 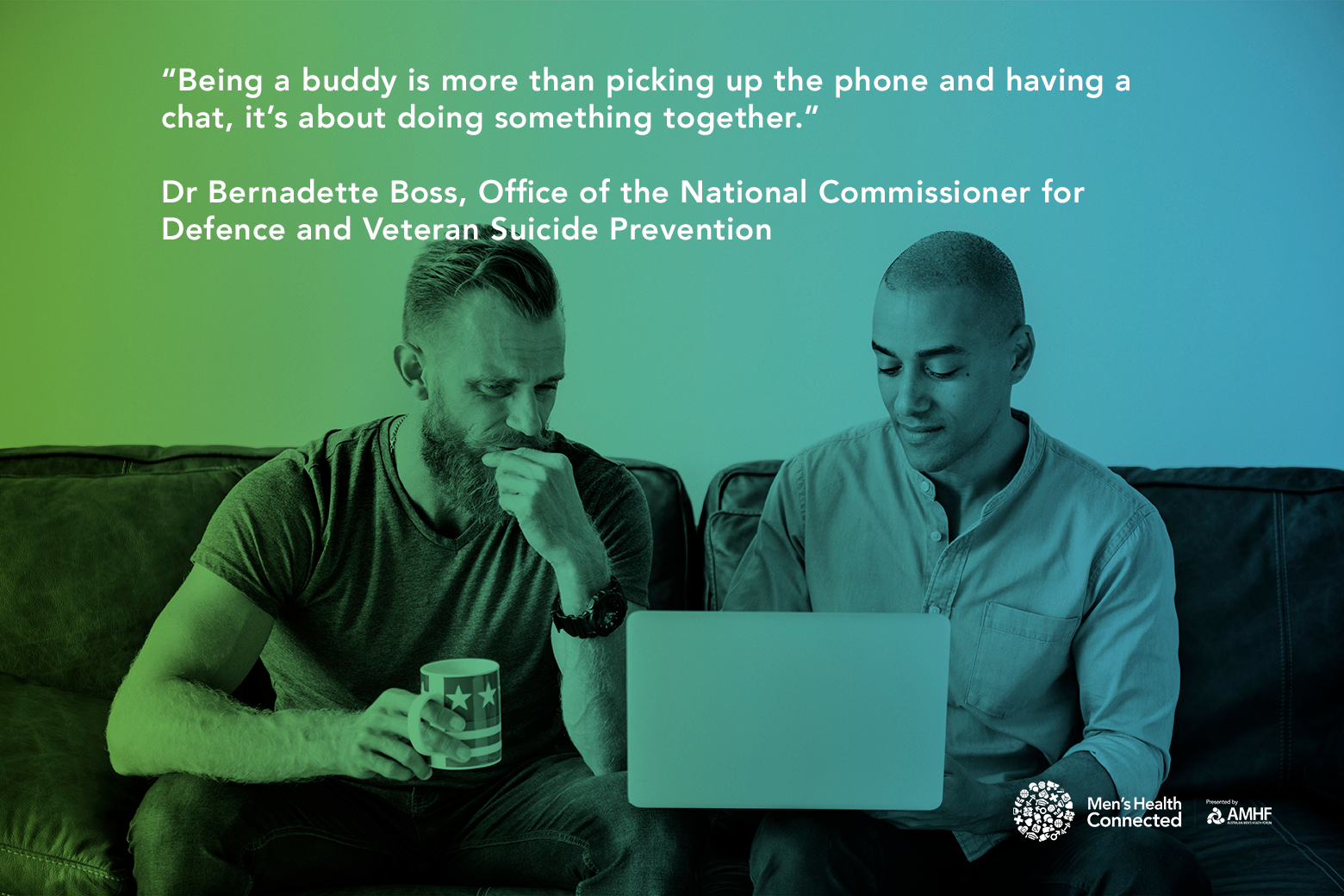 “I know from my own experiences it’s quite frightening when you do that step off,” said Dr Boss, who joined the army in her 30s.

“Imagine someone who has joined from school.”

Dr Boss said there were concerns about how the Department of Veteran Affairs handled matters brought to them and that the work of ex-service organisations was disjointed.

“Many of our veterans are likely to go to rural and remote areas.

“It is my mission is to find out why people are taking their lives and how we can prevent that.”

While family and friends were a protective factor, so was the masculine trait of mateship.

“Mateship is a real thing in the military," Dr Boss said.

“Men maintain relationships by doing things together. Women pick up a phone and chat together. Men need to do something. Being involved in an activity together. There is a real difference in the way men and women maintain their close relationships. Being a buddy is more than picking up the phone and having a chat, it’s about doing something together.”

Christopher Stone, Acting Director, Policy & Government Relations at Suicide Prevention Australia said his organisation was mapping the journey of those at risk of suicide, adding that services need to go to men rather than expect them to walk through the door.

“Going with men, the way they think, their strengths, their practices,” he said.

While no one wanted to drown in reports and prolonged round tables, it was recognised that an audit of the current suicide prevention landscape was important to form a more coordinated response and, as Darren Black put it, “An audit to identify the gaps and overlaps."

“Collectively we are not being effective," he said.

The discussion was summarised by Australian Men's Health Forum CEO Glen Poole under five messages, conveniently all starting with R.

Men's Health Connected continues all week from 10-14 May.

View the entire program and register for free.