3 reasons to ask dads about sleep

Sleep Awareness Week (1-7 October 2017), provides a great opportunity to start a conversation about dads and sleep. If you are wondering why it’s important for people in dads’ lives to talk to them about sleep, here are three good reasons:

1. Because Sleep Is A Men’s Health Issue

Firstly sleep is a men’s health issue. Men are three-and-a-half times more likely to be diagnosed with sleep apnea; more likely to nod off driving or fall asleep at work and more likely to use alcohol to help them sleep. Lack of sleep is often associated with other physical and mental health issues and as dads with younger children are at particular risk of experiencing sleep problems (for obvious reasons), it can be a good idea to check how well they are sleeping.

2. It’s A Gateway To Talking About Mental Health

According to Dr Matthew Roberts, who is a member of the Australian Fatherhood Research Consortium, as many as 1 in 10 dads can suffer perinatal depression and anxiety.

The Australian Fatherhood Consortium, founded in 2017, has made sleep its first area of enquiry, with a specific focus on father sleep and fathers’ role in child sleep. 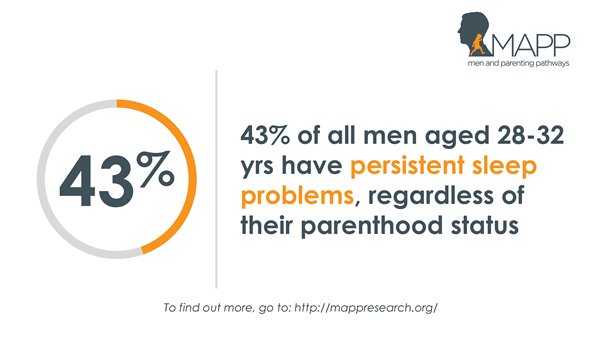 According to Dr Roberts: “You can ask a dad at a barbecue how much sleep he’s been getting – it’s a conversation starter. Simply asking “How’s your sleep?” could also be a foot-in-the-door for a dad’s support people (eg. partner, friends, workmates, GP, child health nurse) to find out what’s keeping him up at night. And these are conversations we need to have.”

The theory that dads are open to talking about sleep is backed up by the 2016 Sleep Health Survey of Australian Adults, which found that contrary to the negative gender stereotypes about men being reluctant to see a doctor, men with sleep problems were slightly more likely to say they would talk to a doctor about the problem than women.

3. Because We Don’t Screen Dads

Unlike new mums, dads don’t benefit from universal screening. When in comes to the mental health of parents, we don’t provide the same level of proactive care to dads, as we do mums.

This missed opportunity to engage men in conversations about their mental wellbeing, has become a key issue for some mental health advocates in recent years. For example, at least one international expert on Paternal Mental Health, Mark Williams, has called for all new dads to be screened and set up the #HowAreYouDad campaign. 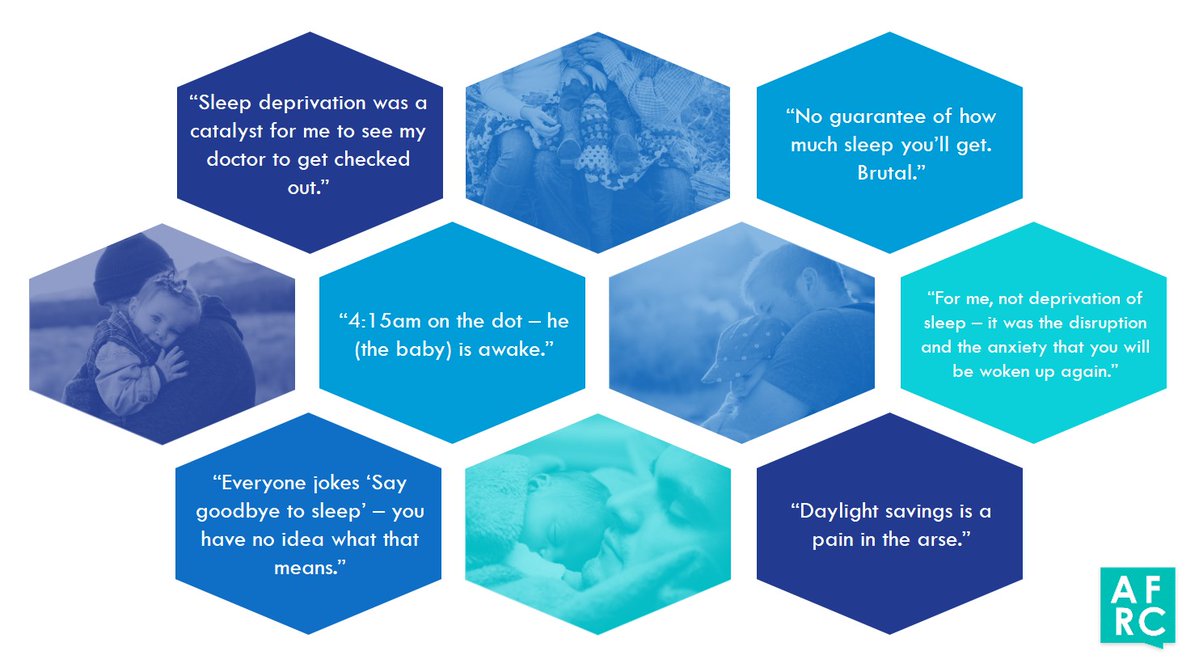 In the future, it may become standard practice to provide universal mental health screening for new dads, just as we already do for new mums. In the meantime we can all take action to help close this gender health gap, by asking new dads about their sleep in general and their mental health in particular.

See: Call for new fathers to be screened (BBC)