This week is Sleep Awareness Week (1-7 October 2017), but what has sleep got to do with men’s health? Well, according to the Sleep Health Foundation, sleep problems can be bad for our health, just like other commonly cited risk factors such as obesity, smoking, drinking too much and not exercising enough. Research has also found are also some notable differences between men’s and women’s experiences of sleep problems.

Sleep disorders have been linked to a variety of health problems and chronic diseases including heart disease, stroke, diabetes, high blood pressure, depression and erectile dysfunction.

Sleep problems also have a social and economic impact. They have been linked to an increased risk of motor vehicle and workplace accidents, two common forms of injury that mostly affect men.

Furthermore, problems with sleep are associated with decreasing workplace performance and productivity and are estimated to cost the economy more than $5B.

Men Are 3.5 Times More Likely To Have Sleep Apnea

While both men and women can suffer sleep problems, there are some notable differences with men being three-and-a-half times more likely to be diagnosed sleep apnea (12.9% of men compared with 3.7% of women).

The gender gaps in other sleep problems like insomnia, snoring, breathing pauses and daytime symptoms, are less pronounced.

For example, women (23.2%) are more likely to report having insomnia than men (16.7%), while loud snoring (which is other associated with other sleep-related symptoms) is reported by 24% of men and 17% of women.

More generally, women (40%) are more likely than men (26%) to experience difficulty in falling asleep. However, the amount of time spent sleeping and the use of prescribed sleep medications does not differ between the sexes.

One of the common gender stereotypes about health is that men are reluctant to consult a doctor. However, according to 2016 Sleep Health Survey of Australian Adults, men with sleep problems are slightly more likely to say they would talk to a doctor about the problem (48.5% compared with 46.1%). 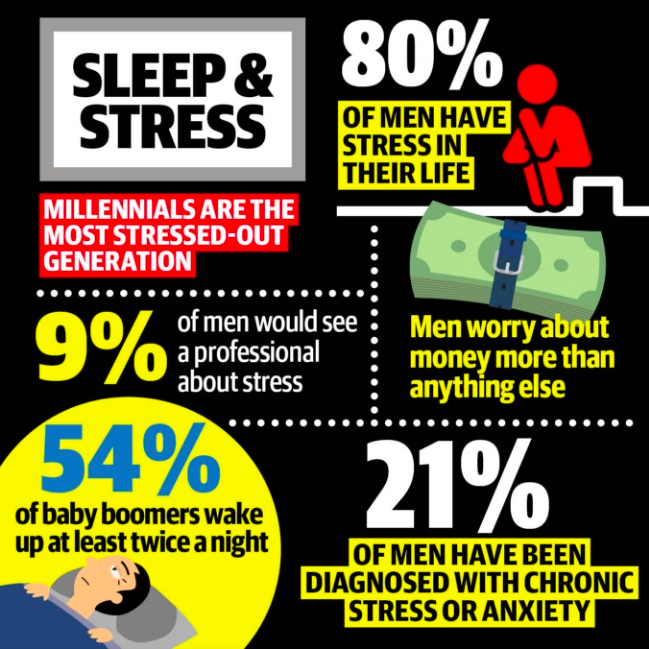 Some of the key sex/gender differences found in the 2016 Sleep Health Survey include:

The 2016 Sleep Health Survey of Australian Adults also examined the different ways that men and women cope with sleep problems and found the following:

According to Dr David Hillman, a director of the Sleep Health Foundation, “sleep is not the national health priority it needs to be. Just like obesity, smoking, drinking too much and not exercising enough, sleep problems cause real harm in our community.”

Dr Hillman says “it’s high time we moved this issue off the back burner to the forefront of national thinking.”