Are You Bogged Mate? profiled on ABC’s Landline

Recognition for Mary O’Brien’s Are You Bogged Mate? program continues to gain traction. Following her recent double gong victories in the Australian Men’s Health Forum’s National Men’s Health Awards for 2020, Mary was featured in the ABC’s highly rated Landline, which focuses on stories in outback Australia.

Mary tells reporter Pip Courtney that she started Are You Bogged Mate? two years ago after two local men died of suicide in her hometown Dalby, three hours west of Brisbane.

Having spent her life travelling the country giving spray drift workshops to grain-growers, and growing up on a sheep property, she had developed a deep understanding of rural blokes and how to reach them.

“They are a very special breed, and they are certainly worth looking after,” she said.

Mary quotes statistics on male suicide, and says they scare the hell out of her.

When Mary developed her suicide prevention and mental health awareness program, she chose to deliver her message in relatable language and farming metaphors, likening depression to a machine getting bogged.

“If you red-line your machine all the time, it’s going to blow up,” she tells a group of rural blokes in a big open farm shed.

As one farmer states, “the analogy between mental health and seeking assistance is just brilliant.”

Psychologists and participants interviewed on the show say Mary is bridging the gap between mainstream health services that ‘don’t fit in with what communities need,’ and blokes. “On a daily basis, Mary saves lives,” claims Dervla Loughnan, who runs a virtual text-based counselling service.

Farmer Stuart Armitage was one of those blokes, who suffered deeply through the 2011 floods. “She’s on the same level as us and that’s the way we like it.”

Are You Bogged Mate? recently gain charity status and is paving the way to get sponsorship.

“Services are missing getting the blokes in,” says Mary. “There is a still a stigma there. I hope I can break down some of those barriers and put it into ‘bloke-speak’ or farmer speak.” 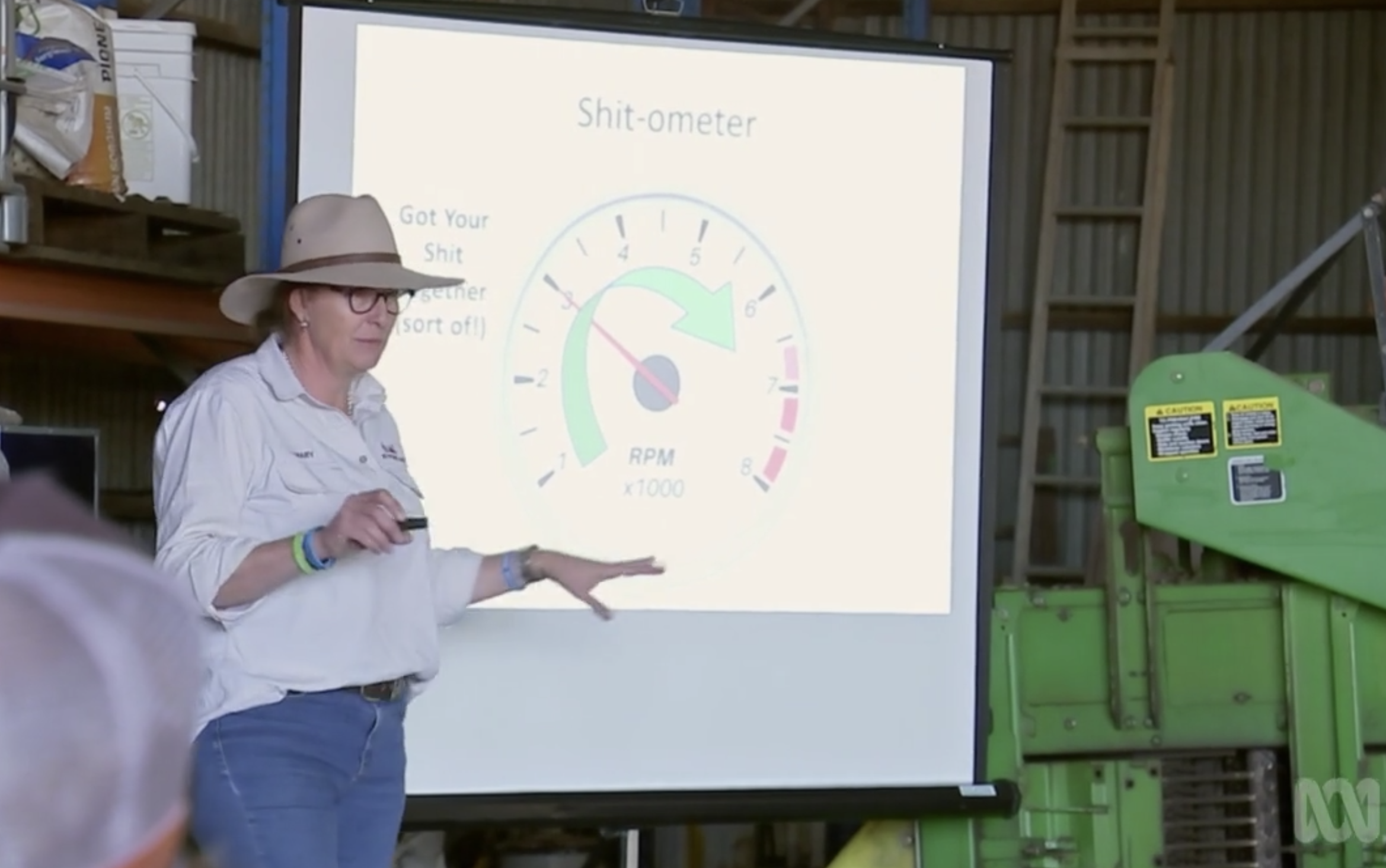 She told Landline the AMHF Men’s Health Awards had been a special moment of recognition.

“That was awesome it was really humbling. And hopefully it just shines a bit more of a spotlight on rural men’s mental health and how important these guys are.”