The Buoy Project is a $5.6 million study of male suicide prevention led by Professor Jane Pirkis, Director, Centre for Mental Health at the University of Melbourne.

It is funded by Million Minds Mental Research Mission, which aims to support a million Australians with mental health issues access new approaches to prevention, diagnosis, treatment and recovery.

The Buoy Project is currently recruiting 450 Australian males aged 18+ to gauge their responses to a new media campaign -  and to complete a survey about mental health and wellbeing.

As a sweetener, those who take part and complete the whole project will be reimbursed with $100 of retail vouchers.

Speaking at the Men’s Health Connected online gathering on May 10, Professor Pirkis, said the Buoy Project brought together a range of people with a ‘real interest and passion’ in preventing suicide in boys and men.

In explaining the project, she pointed out that 75% of all suicides were male and that equated to 2300 fathers, sons, brothers and husbands lost to us each year.

“If the MCG was full of men and boys, within the following year 20 of those men would have taken their own lives,” she said, showing a [pre-COVID-19] slide of the 100,000 capacity Melbourne sports venue. 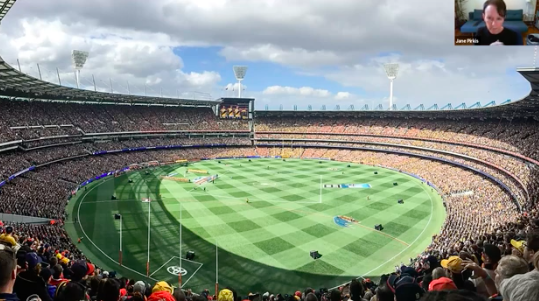 The fourth factor ties in with the Buoy Project’s key focus: whether health services are geared to helping men, and what are the reasons behind the reasons for higher levels of male suicide.

“We have thought about the relationships between masculinity and suicide,” she reported. “When we talk about masculinity we are talking about the socially constructed gender ideal for boys and men.

“We’re not saying there is one masculinity only … but it is probably still true to say if you ask a person on the street to come up with some adjectives to describe the Australian male they would use terms like 'stoic', 'able to provide for their family', 'take action in the face of danger' … those sorts of things.”

The majority of males at risk of suicide don’t seek help and face negative outcomes. Of the smaller number who do seek help, “probably a small proportion receive services appropriate to their needs,” while a larger proportion receive help that does not resonant with them, and also results in dire outcomes.

Partnering with organisations that have an interest in male suicide prevention – including the Australian Men’s Health Forum, Tomorrow Man, Movember Foundation, Suicide Prevention Australia, MATES and Gotcha4Life - the Buoy Project asked how services could be changed so that they would resonate with boys and men to build an evidence-base profile of what works in suicide prevention.

The Buoy Project is running seven controlled trials with existing and new programs that target different groups. For example, ‘Ahead of the Game’ is run through workshops in a sports setting, and targets 12-17 year old males. MATES is an existing intervention for blue-collar workers, Conversations About Suicide targets older men in Men’s Sheds.

The media-based male suicide prevention campaign is a new trial that targets boys and men generically, and will use digital and traditional media to get its message out. 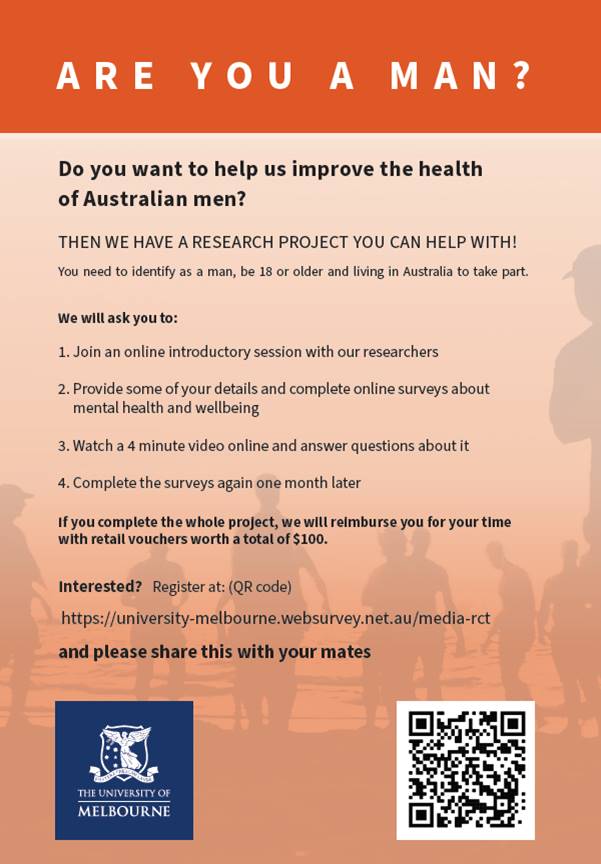