It was only a few months ago, but Darwin-based event organiser Rebecca Forrest is still amazed and delighted at the response to the inaugural International Men’s Day forum she staged on November 19, 2020.

While most of Australia was buttoned up with Covid-19 restrictions, Rebecca was able to continue on with her Forum, with an impressive 180 taking a seat at the Doubletree by Hilton to hear some impressive speakers that included:

Rebecca was the driving force behind the International Women’s Day event, ‘No Woman Left Behind’ (which this year will feature keynote speaker Cathy Freeman), and ‘copped it’ from her male friends who asked her why she wasn’t doing something similar for International Men’s Day.

“I said, ‘you’re right. There is an International Men’s Day, let’s do it,” she recalls.

Rebecca had moved to Darwin with the father of her children 13 years prior, and worked in communications, marketing and public relations for the NT government. But events were her passion, and she was good at making things happen. She soon discovered an appetite for talking about men’s issues in the community.

The panel sessions at the Forum were diverse, exploring a range of topics relating to men’s health, suicide prevention, unconscious bias, resilience, mindfulness and education. She gave away 40 free passes to a wide range of men from the Darwin Indigenous Men’s Shelter, the Youth Advisory Group, Youth Round Table, Melaleuca, young individual males within the community, and a group of young mechanics from Berry Springs Mechanical.

“When Tick Everett from Dolly’s Dream got up to speak about the suicide of his daughter – everyone was listening, and respecting,” she remembers.

“He broke down at one point and Matty Hull from Mates in Construction got up on the stage and handed him a tissue and gave him a hug. At this point half the room was in tears. Tick received a standing ovation for his courage but the ripple effect that it created for the rest of the day was incredible.

“I witnessed Professor Mick Dodson physically close and push his ‘speech/folder’ away from him. He spoke to me and was troubled. In spite of all of the presentations he’s given in his time he said, ‘I really don’t know what to talk about.’ I reminded him, we would like to hear about him.

“So, when he took to the stage and shared stories about the loss of his parents and the trauma he has gone through, you couldn’t hear a soul breathing in that room. And then he did something no one expected, (particularly not the many Aboriginal men in the room that had known Mick and been mentored by Mick for decades) - he cried. And just like Tick Everett earlier in the day, he was embraced, and supported and people came on stage to comfort him.” 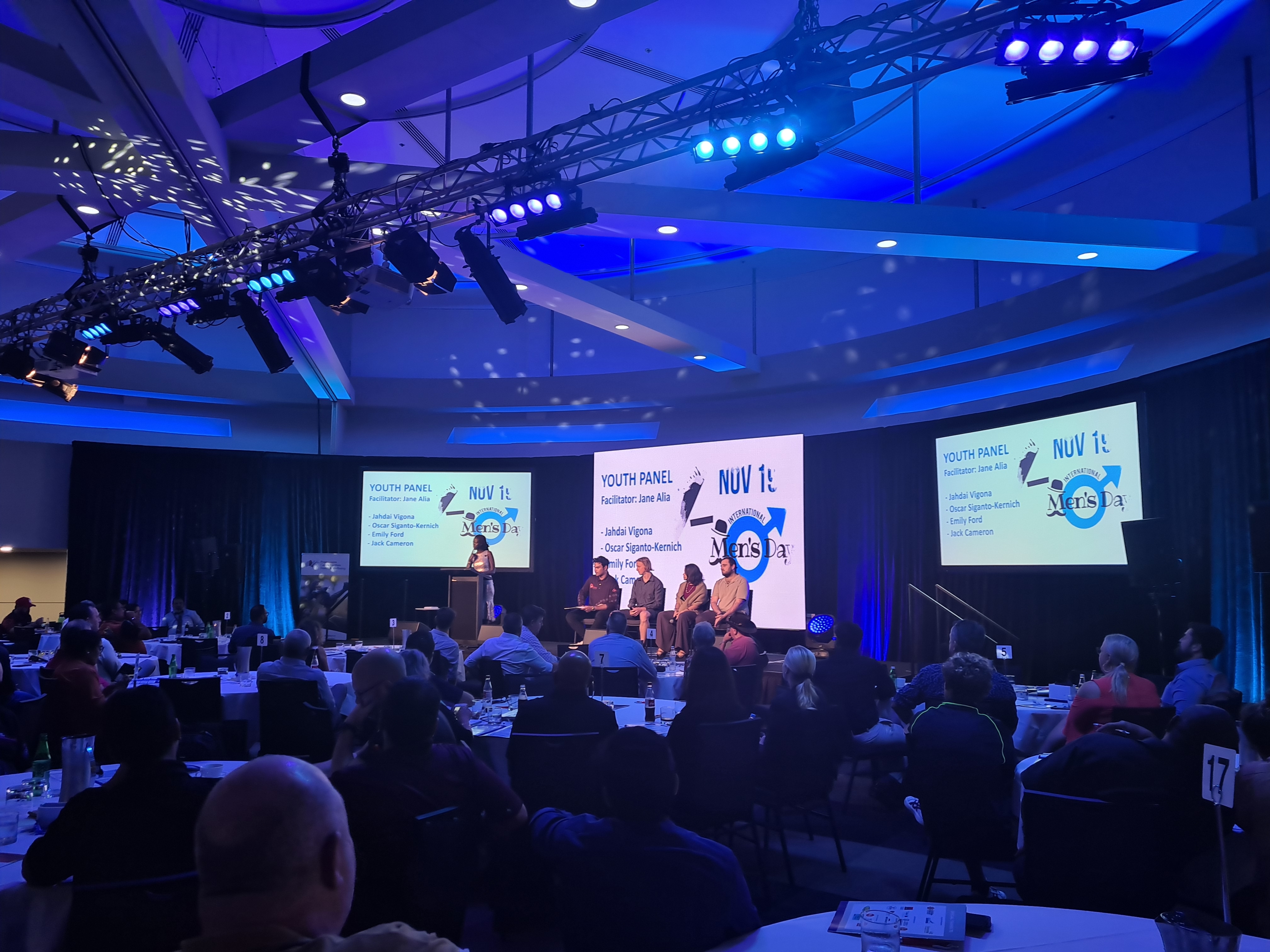 Rebecca said it was the most powerful initiative she had ever been involved with and 100% of attendees promised to come back in 2021. Others followed through on taking actions they pledged during the conference. For example, and from Rebecca's final report:

One of the attendees coached basketball that evening. He got his team of young Territory teenagers together for a ‘tool box talk’ and shared with them the learnings and lessons of the day.  He’s since organised for a speaker to attend each month with a different message for the kids i.e. Matt Hull from Mates in Construction with suicide prevention.

A group of young men that have attended proposed a Territory facebook page to promote the positive activities that young people are doing in the Territory. They have since been linked in with Amy Hetherington and provide information on the Darwin Have A Win site.

The youth panel was highly regarded and Adam Steer has programmed a youth panel as part of an ABC Darwin radio initiative.

Andrew Warton, a workshop presenter on the day, shared his efforts with Kayak for Youth and intent to run another event in 2021. At this event he and Tick Everett forged a partnership with funds raised going to Dolly’s Dream.

“A number of presentations were so highly regarded by both the men and the women that attended, they are now part of the program for the No Woman Left Behind Conference in March 2021,” says Rebecca.