Greg Smith on the Man Walk move in Tasmania

Men Care Too founder Greg Smith is taking the Man Walk concept to Tasmania, calling for walkers around Ulverstone on the northern coast. A full-time carer for his mother, Greg told The Advocate he needed an outlet and support was limited.

"It is not really seen as a blokey thing and because of that I started getting involved in men's health suicide prevention through my own experience because I found that it can be easy to lose touch with your mates," he said.

"I went through a patch where I was down and focused on mum and I still do that now but recognised I needed to do more for me."

The Ulverstone Man Walk is open to blokes of any age, and its primary aim is social connection.

"It is a myth that blokes don't talk about how they are feeling. It is just about being in the right atmosphere, which men's shed do so well, where you are doing something else and the conversations happen naturally. That is what I like about the concept of going on a walk, the conversation can go any direction."

The walkers set out from Gnomon Pavilion at Ulverstone on Monday nights at 7.30pm and Friday mornings at 6am.

The Man Walk initiative recently won the NSW 2020 Men’s Health Award. What began as a small walking group in Kiama in 2018 has become a national phenomena, rapidly expanding from 1 group to around 70 sites across Australia in the past 12 months. The founders of the Man Walk say "we want to make it ok to talk, and we want to make it ok for men to ask for help if they need it.” https://themanwalk.com.au/

Founder Mark Burns told 9 News Illawarra blokes lost connection with mates as they got older, and the Man Walk provided an opportunity for them to re-establish contact and make a more positive start to the day. 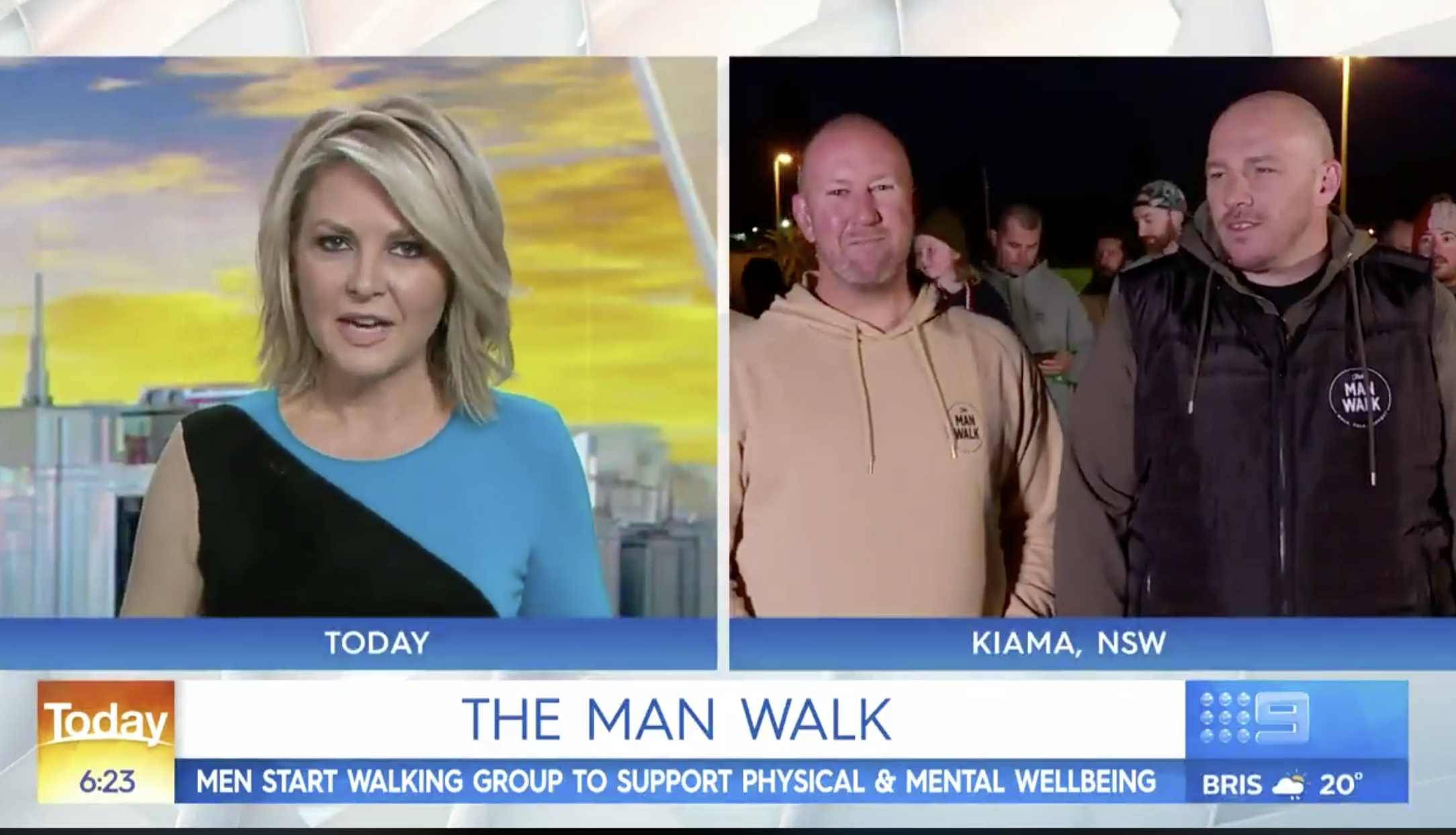 Read: The Man Walk launches at Ulverstone (The Advocate)