Is this the best time in history to be a dad?

The team at the Father Hood are marking Father’s Day 2022 with a presentation on the state of fatherhood.

“Being a parent is totally life altering - the highest of highs and the lowest of lows. And it’s particularly challenging right now, as we adjust to new parenting roles and expectations,” says Fatherhood co-founder Jeremy Macvean.

“The guys at The Father Hood are working dads themselves, so speak from heart, from lived experience. They celebrate modern fatherhood and their belief that it’s the best time in history to be a dad. See attached for more information.”

“The game has really changed for dads out there today,” says Luke, a former editor of Men’s Health Magazine. “As modern dads, we have an opportunity that perhaps the previous generation of fathers didn’t have. Dads today are more involved, and that’s a real opportunity but also a challenge, as we work out a way to navigate [being a father] and balance that with our work.”

“There are a bunch of statistics that show just how much fatherhood has changed in the past generation,” Luke continues. “There was a great study from a British university that shared that in 1982, 43 percent of British fathers had never changed a nappy. But by [the year] 2000, that had shrunk to just three percent. And that’s almost 20 years ago now, so it shows how profoundly things have changed in one generation.”

The Father Hood website is bursting with must-read articles on fathering and practical advice from post-natal depression to tips for playing with pre-schoolers and cleaning their teeth.

If you’d like to learn more about setting up a presentation or webinar to celebrate Father’s Day 2022, please email [email protected]. 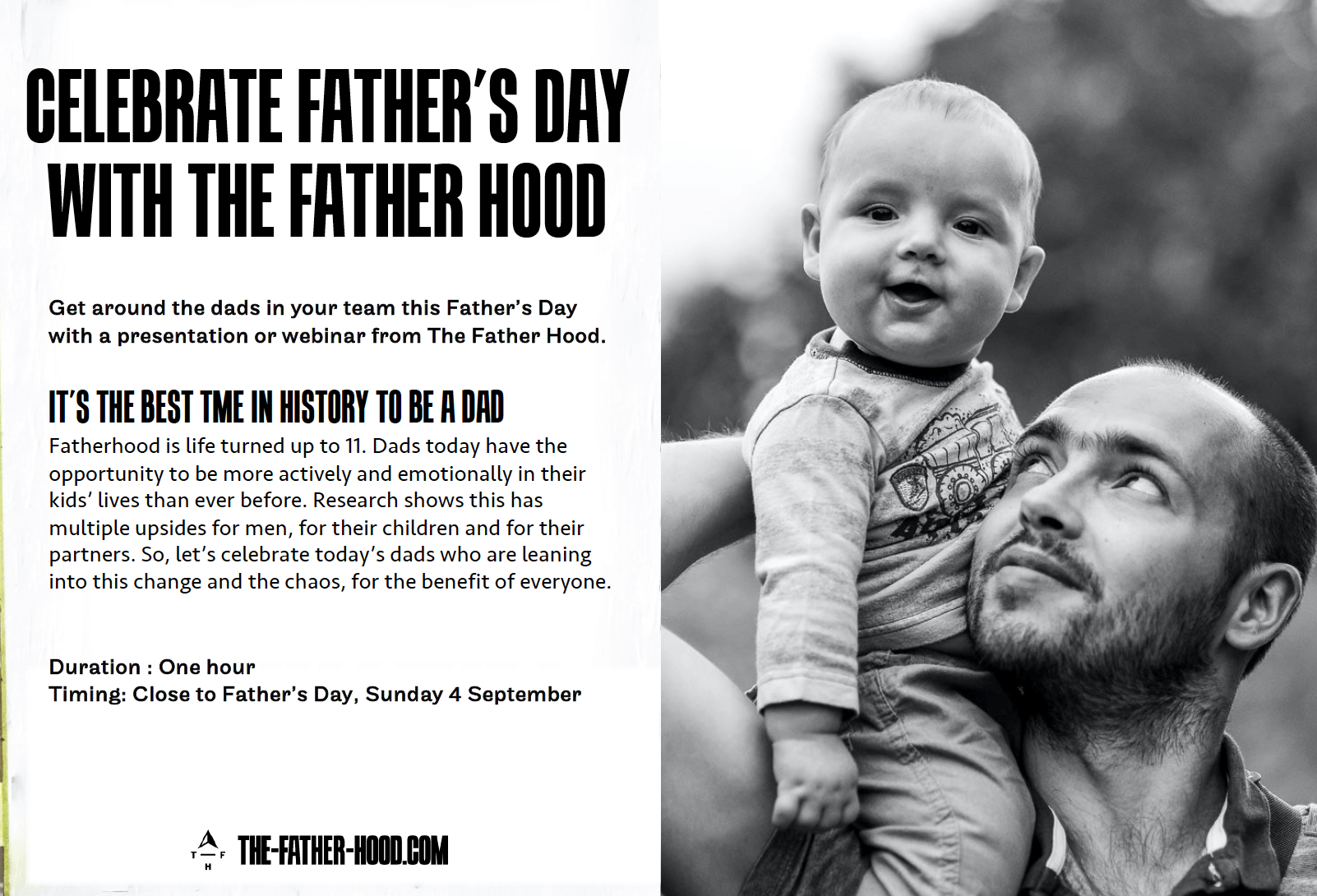