Men’s Health Literacy was front and centre on day two of the Men’s Health Connected online gathering on Tuesday, where researchers, health practitioners and program organisers discussed the best approach to reaching men about their health.

A common theme? Go where men are, and target campaigns to age and gender.

University of British Columbia Professor John Oliffe highlighted the importance of human connection in health literacy, noting that prostate cancer support groups had been able to effectively educate men who needed to understand their PSA reading. “They learn health literacy through illness,” he added.

Professor Leigh Kinsman, from the University of Newcastle, has used the Health Literacy Questionnaire as a starting point to determine how men access services in rural and remote areas and what they need in terms of services.

“Health literacy profiling revealed stories of strength and wisdom,” he said. “They spoke about not just their own health but the health and wellbeing of their mates.

“The men were telling us they were well supported in their community but they didn’t feel they had anyone they could rely on.”

Working with men who had lost jobs in mining and forestry in Tasmania, Professor Kinsman learned that, when men were asked to come up with a number of solutions, they said they needed to be employable.

“The first step to being employable was to improve their numeracy,” he said, feedback that led to the development of interventionist numeracy programs.

“Men in rural and remote areas, we don’t often hear their voices in policy.”

Brendan Quinn, a researcher with the Australian Institute of Family Studies 10 to Men longitudinal study on male health, reported that, overall, around 80% of adult Aussie males had the ability to find good information, but lower levels of males felt understood.

“Less than half didn’t have one provider who knew them well.”

Human connection was a crucial component to engaging with services.

The heart of the matter

Stroke Foundation executive director of Stroke Services Dr Lisa Murphy laid out the facts, reporting that 8,703 men died from stroke every year in Australia and 80% of strokes could be prevented.

“It’s absolutely something we can do something about,” she emphasised. “The bad news is, we’re not getting very far.” 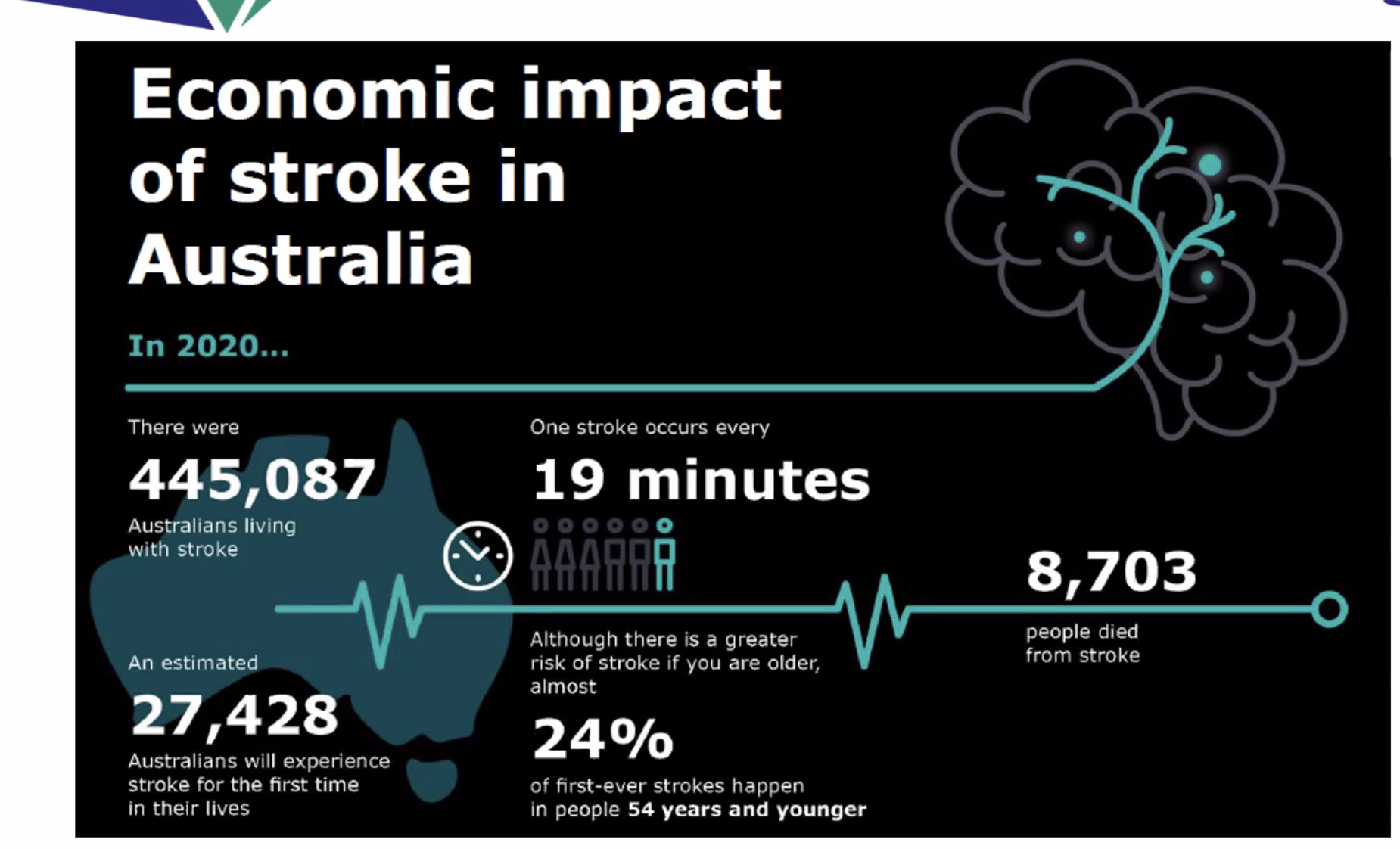 She was followed by Heart Foundation Risk Reduction Manager, Natalie Raffoul, who reiterated the bleak stats: 10,822 men died from Ischaemic heart disease in 2019, almost twice the number of deaths compared with the second-ranked cause.

With one heart attack or stroke occurring every four minutes, 103,137 deaths could be avoided over the next five years if all Australians at high risk were on necessary medications.

2.5 million Aussies were at high risk of having a heart attack or stroke in the next 5 years.

1.5 million of these were men.

However, men were less likely to have heart checks.

“If you tell them a stat about how many people die a day, that is not personally relevant to them.

“People do not readily connect individual risk factors like blood pressure or cholesterol with heart attacks and strokes.”

“People are more likely to see their GP for a heart health check if their GP provides a personal invitation.” 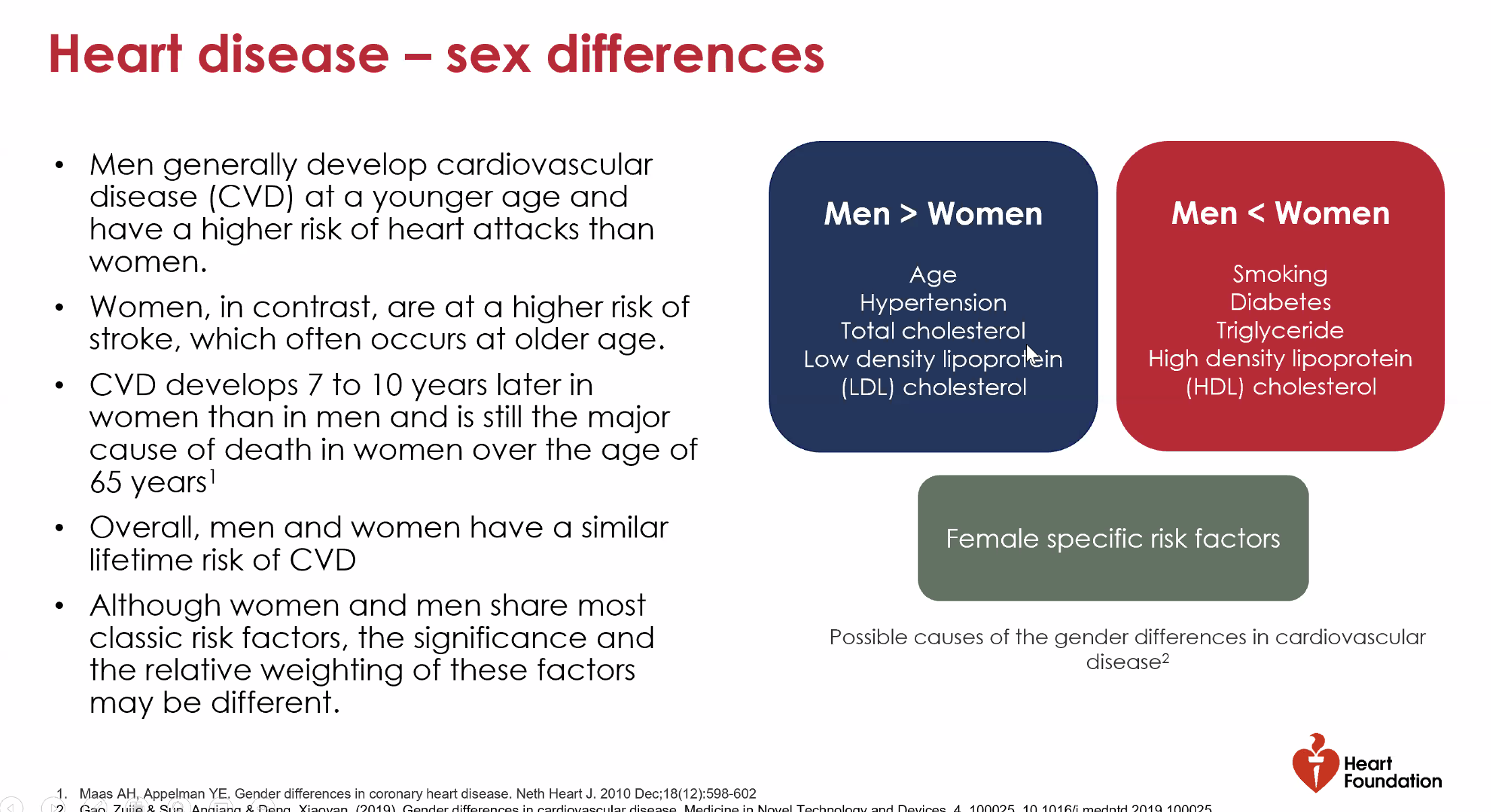 GP Rebecca McGowan described how the successful Prick ‘n a Pint program had pivoted as a result of the COVID-19 pandemic in 2020.

P+P had targeted blokes in rural Victoria with a preventative health program presented in a pub setting.

Wavelength teaches men what the build up – or wave – looks like to developing health conditions, such as diabetes. “We focus on when the wave is building up, and lessen the impact of when that wave crashes.”

Men who take part are empowered to learn about the five pillars of maintaining better health, from understanding family history, the importance of good nutrition, exercise, sleep and dealing with stress.

The final session of the day covered the role of sport in helping men improve health outcomes.

Curtin University Associate Professor Eleanor Quested said the Aussie-Fit Program had proved that men were willing to engage in weight management intervention programs when they were tailored to their needs and interests.

Group-based activities were more effective with multi-faceted components, such as the 12-week long Aussie-FIT, a gender-sensitised weight loss and healthy living program delivered in footy clubs.

Similarly, the Man V Fat Soccer program delivered by the University of Western Australia ticked a lot of boxes in helping men lose weight. Program leader Timothy Budden said MAN v Fat used physical activity as a lure, before men found out they had to do more than play the game to maintain a healthy weight.

The role of banter helped some and alienated others, but was a common social function of men in groups. For some men it was a way to let their guard down, an icebreaker.

But some men, reported Budden, felt banter was no longer acceptable.

“So is humour good for men? It’s hard to balance these competing perspectives and we could drive away hard-to-reach men.”

Budden concluded that humour was an important dynamic with multiple effects, developing camaraderie for some and isolating others.

Men's Health Connected continues all week from 10-14 May.

View the entire program and register for free.

Read: What needs to change in male suicide prevention?