A Lowitja Institute project led by Dr Mick Adams has culminated in a powerful video showing the role of culture, law and community in turning young men into leaders.

The ‘Valuing Aboriginal and Torres Strait Islander Young Men’ video follows a group of Ngarluma and Yindjibarndi men and women in mid-2019 “who were invited to show others how culture and law helps keep young men healthy, strong and good leaders.”

“When we put young fellas through the law we don’t sit them down in a workshop, talk at them or run them through a classroom learning module,” says Elder Peter Jeffries, CEO of the Murujuga Aboriginal Corporation.

“We take them out and get them to follow the Jina … to walk, use their feet to travel the footprints of the old people. We get them to learn by following the steps, singing the old songs, being with their family and being on ngurra or country.”

Offers Vinnie Adams from Roebourne in Western Australia’s Pilbara region – 1563km from Perth - “What we want to do is improve the livelihood of all young men. Not just in Roebourne but the whole of Australia.

“Our men are not recognised as men in our community. In society they are still kids.”

“We need to understand that, for our future, for our kids.” 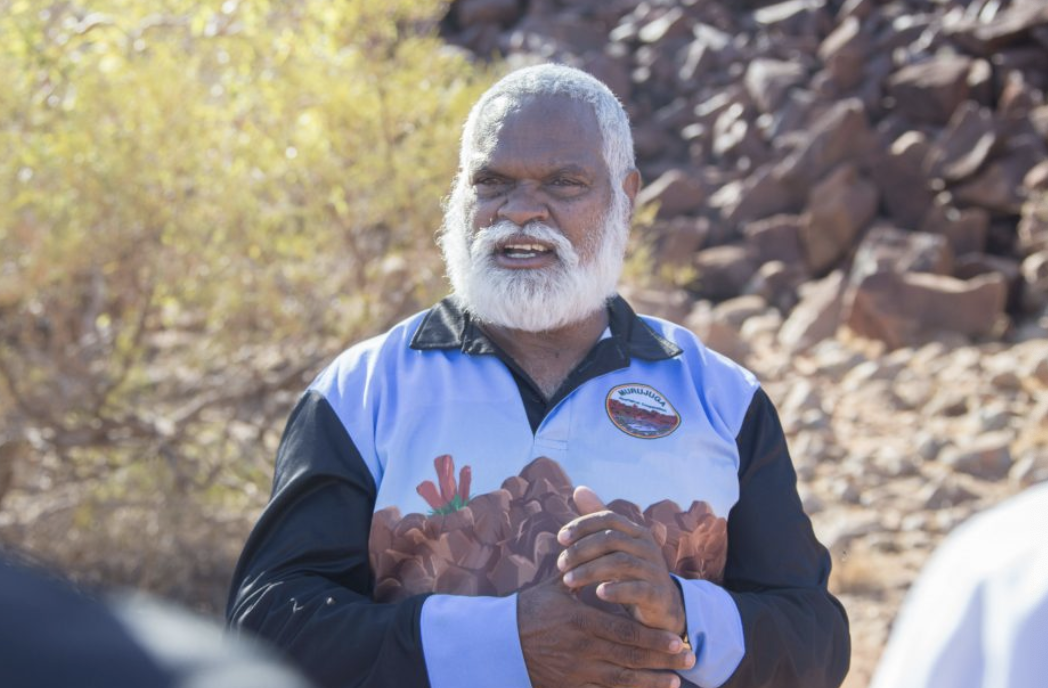 One of the men who took part in the trip on country to ‘follow the Jina’ was Gary Ramirez, who said he grew up Catholic.

“No disrespect to the Catholics, but none of that did any good for me. I went back to the longest living culture there is known to man,” says Gary in the video.

A screenshot from the video: Following the Jina

The project hopes to influence governments to adopt strong, financially sustainable programs through the Commonwealth, in order to include Aboriginal and Torres Strait Islander young men in their greater Australian society and economy.

In June, he was awarded an AMHF 2020 Local Men's Health Hero Award

A long-serving champion of men's health at the Australian Indigenous HealthInfoNet, Mick is well-known for his work to ensure that male health issues are promoted and placed on the national and international agenda through advocacy, research, publication and health management. Mick has been working in the health industry for over 30 years.