Men are more likely to face sex and gender discrimination when applying for jobs than women, according to a US study of 3,000 job applicants.

Research by the sociologist Jill E. Yavorsky at the University of North Carolina, examined whether job applicants with the same experience and qualifications, were treated differently by employers based on their sex.

It is generally assumed that sex/gender discrimination is something that only happens to women, but the research found that both men and women can face discrimination when applying for jobs that are commonly associated with the opposite sex.

Why is the relevant to men's health?

Employment and economic security are two of the key social factors that shape our health. This research deepens our understanding of the disadvantage and discrimination that men and women can face in the world of employment. The study also highlights how gender stereotypes can shape the lives of men and women.

By shining a light on some of the disadvantages that men face when seeking employment, this research is a reminder that we need to think more deeply about the systemic and structural barriers that shape the lives and health of men and boys.

For more information of some the issues addressed here see the following pages from our #Better4Men report:

How the research worked

The research attempted to look at both sex and gender discrimination in the job market, by measuring whether equally qualified men and women were treated differently when applying for a position.

Sex/gender discrimination was measured by counting how many male and female candidates received a positive callback from the employer, which in most cases meant being invited to an interview.

The study concluded that women applying for working-class jobs faced discrimination in male-dominated roles, particularly when employers expressed a preference for candidates with masculine traits. The men in the study faced discrimination in female-dominated roles in both working-class and middle-class contexts, particularly when employers specified a preference for candidates with feminine traits.

A summary of five of the key findings from the study are detailed below.

The one exception to this pattern was male male-dominated working class jobs, with employees being 2.7 times more likely to ask for masculine traits in a candidate (48% v 18%). 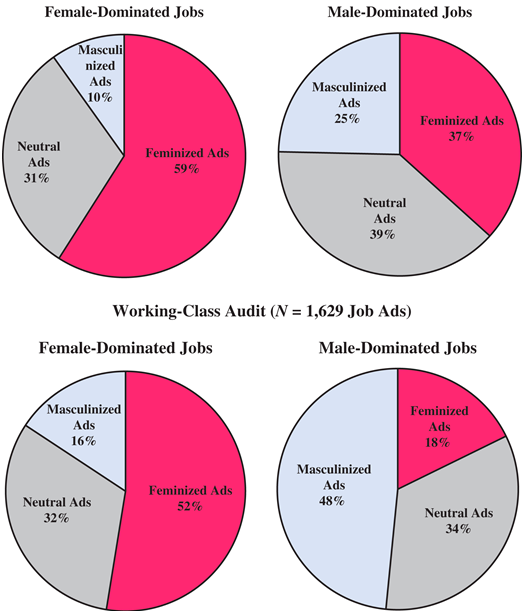 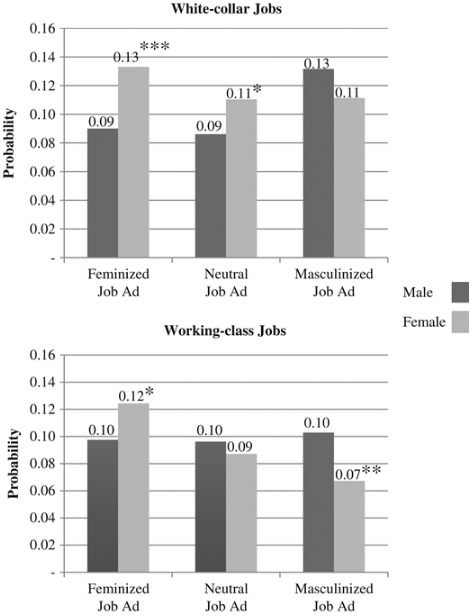 Employers whose job adverts were “gender neutral” and didn’t specify a preference for traits that were masculine or feminine, were the least likely to discriminate.

Discrimination against men appears to be more consistent in white-collar jobs: 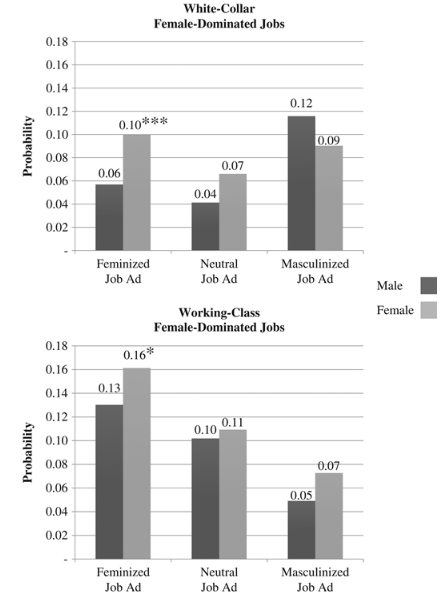 Discrimination against men in working-class jobs showed a different pattern: 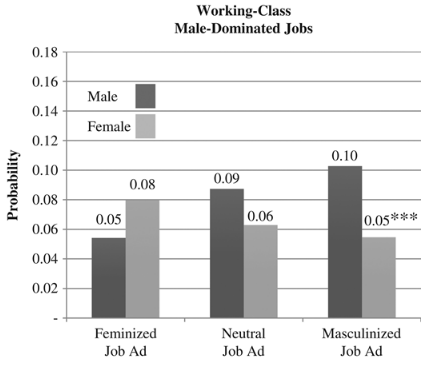 Speaking about her research, Yavorsky said:

"We have these ideas around what men and women should want to do in terms of work, as well as what they are capable of doing based on these gendered expectations. What I find is that men are generally considered incongruent with female-dominated work, regardless of the occupational class — and that discrimination is often magnified when the job is female-dominated, as well as emphasizes feminine attributes job seekers must display if they want to get the job."