Men with a disability at higher suicide risk

Men with a disability should be considered a priority group when it comes to forming policy around suicide prevention, according to a group of researchers and academics at Melbourne University.

Their recommendation comes as a result of a study into male suicide, which showed that those who reported a disability were more likely to have suicidal thoughts than other men.

The study collected data on 8000 Australian males aged 18 to 55 over two waves, then introduced a broad measure of ‘self-reported’ disability, such as having trouble with functions that impeded forming social connections such as communication, physical challenges and self-care.

These restrictions were not classed as ‘ill-health’ although they could impact a person’s ability to get work, form relationships and get around.

Published in the Journal of Public Health, the study reported 10 per cent of men with a disability had suicidal thoughts in the past year, compared with four per cent of those without a disability. 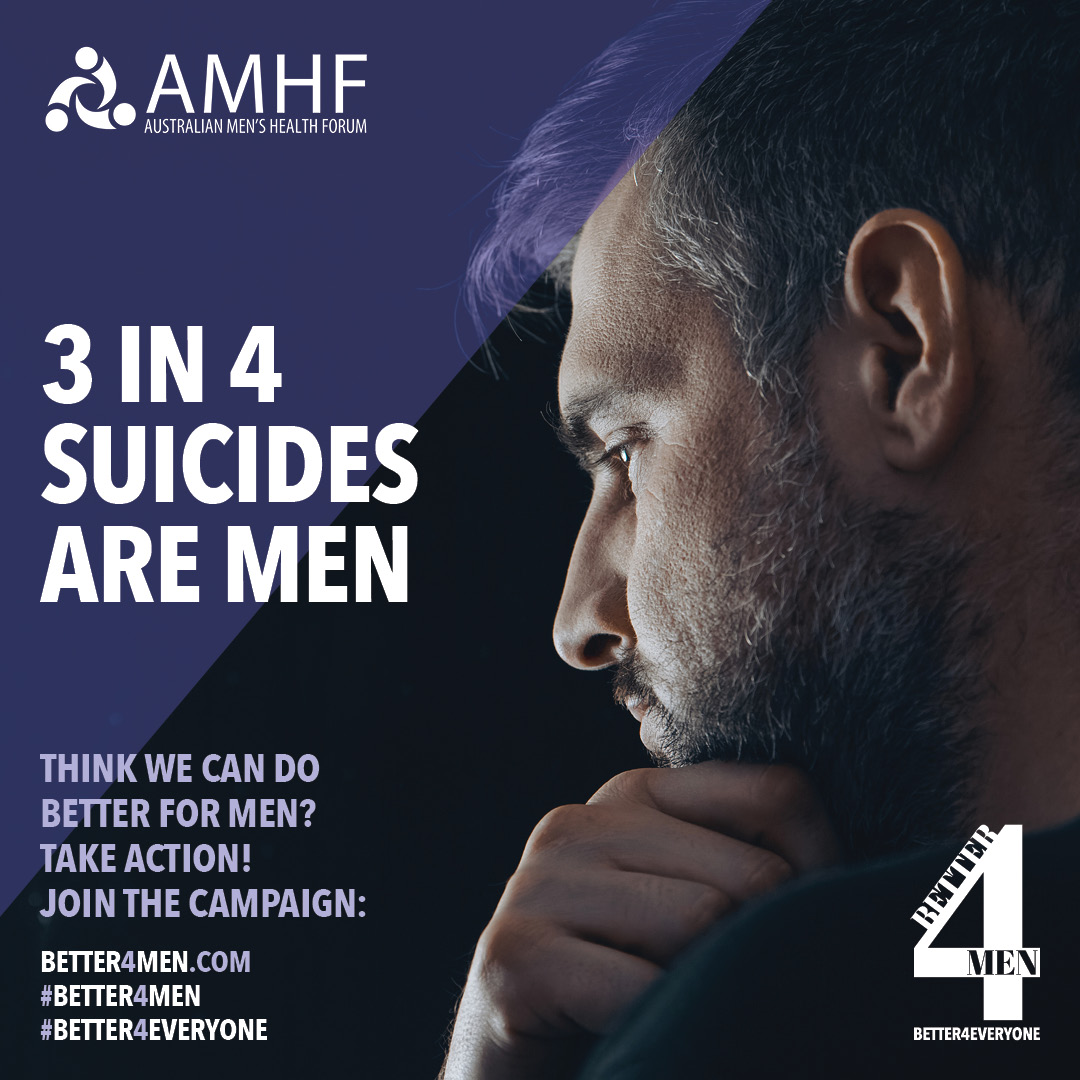 Help us to prevent male suicide: support our #Better4Men Campaign

“Having a disability was associated with about the same odds of suicidal thoughts as being unemployed, after taking underlying mental health and other factors into account,” researchers said.

The report expressed concern that campaigns and organisations addressing suicide prevention had a narrow lens, with too much attention on the prevalence of male suicide rates comparative to women’s.

The report’s authors acknowledged the growing awareness around male suicide in recent years, but warned that other social factors  that predict a risk of suicide, such as disability, also need to be considered.

“We’ve provided important new evidence that can be used to advocate for greater consideration of men with disability in suicide prevention,” said the researchers.

“Alongside Aboriginal and Torres Strait Islanders, culturally and linguistically diverse (CALD) people, sexual minorities, and other recognised at-risk groups - men with disability should be considered a priority population when it comes to policy around preventing suicide.”

The report challenged the idea that disability inherently reduced the quality of life, even though pockets of the medical establishment operated under this belief.

“Our research wasn’t interested in reinforcing any of these harmful attitudes.”

They found that unemployment and poor mental health may be greater influences on whether a person thinks of suicide than whether they have a reported disability.

The group recommended a thorough examination of the structural and social factors that impact the wellbeing of people with a disability, including discrimination and stigmatisation.

“Intervening and altering these factors may be key to improving mental health and reducing thoughts of suicide in this population.”